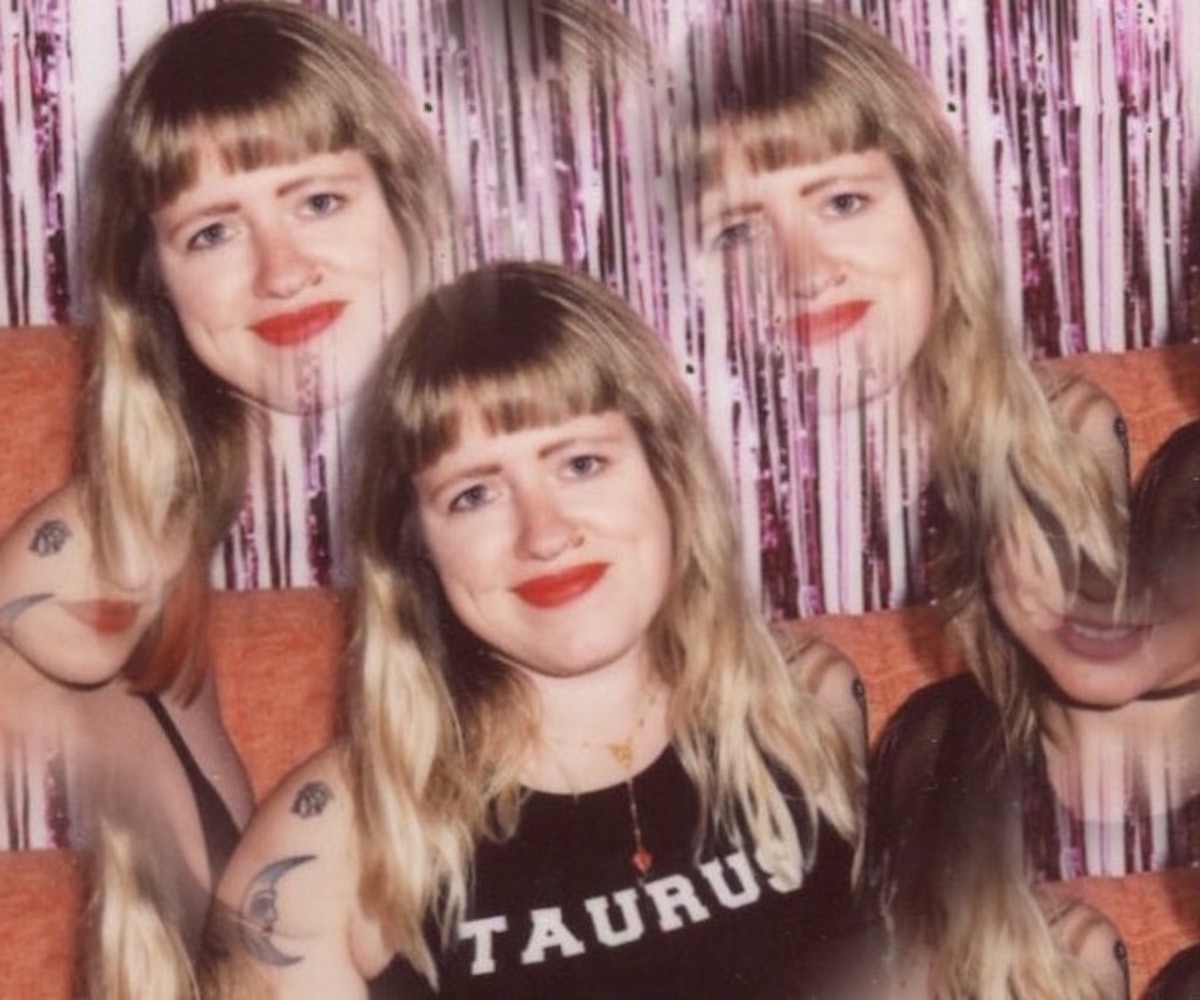 I'm not a really big listener of podcasts, but there is one major exception: astrology-themed shows. And when I first started listening to What’s Your Sign?, I knew I had to talk to the brains behind a podcast dedicated to unraveling the universe in a way that's applicable to everyday life.  Plus, I wanted to talk with them about my own cosmic struggles.

“I think I may be approaching my Saturn return,” I asked them. “What do I do?”

“I think the years before can be kind of messy because you're spiraling toward the return,” host Stevie Anderson responded. “You do a lot of that spinning in the years before to get your Saturn in that happy place where you can relish in all of the work that you've done. It’ll be good. You’ll enjoy it.”

It was the kind of advice that had gotten me interested in their podcast in the first place—equal parts personally comforting and compassionate, but also universally interesting. In a world that often feels like it's spinning out of control, it's this kind of vibe that made What’s Your Sign?such an engaging listen. Hosted by a trio of stand-up comedians and writers—Anderson (a Taurus), Julia Loken (a Sagittarius), and Lisa Chanoux (another Taurus)—What’s Your Sign?aims to help listeners learn about the intricacies of astrology, which involves so much more than just Sun and Rising signs.

Read our interview with them below to find out everything from what makes Lana Del Rey tick to why it kind of feels like the entire world is on fire.

What kind of things do you plan on covering on the podcast that go beyond the typical sun, moon, and planets aspects of astrology? JL: There's so many aspects of astrology, like the Liliths. I've been reading a ton of stuff recently about asteroids, and just really esoteric parts of your chart... I think we want to get a little more fun with it too. Like, signs when they're drunk.

LC: We can also take it down the road of, like, "What are queer relationships?" Or: "What is feminism in astrology?" [Taking things to a] more political plane.

SA: I'm also excited to have guests... I want to hear people's different experiences of their charts. When we talk shit about Geminis, I would love to have a Gemini in the room who’s like, "Okay, bitch."

JL: I would love to have a "Defend Your Sign" show. Come on in and tell us why we're wrong or what we're not getting based on our experiences and readings. A Gemini round table.

I feel like most people have a pretty basic understanding of astrology, just because it’s become this huge talking point in pop culture. Why do you think it’s gotten so popular as of late?

SA: I think it's because astrology has been around forever. Maybe since we don't have as much access to health or mental health care, we feel like we all have to go down more holistic routes if we want to better ourselves. Or we can just rot. I feel for a lot of people, [astrology] is almost like therapy.

LC: I think it's also something we don't really have [elsewhere]. Religion isn't very popular right now. And not to say that astrology is religion, but I think that we're always looking for something to connect and remind ourselves that we're part of a greater whole. I think astrology is something that does that too. We're also all just trying to better ourselves, and that's a big thing in today’s culture. Like, how can you be the best version of yourself?

Last year was also, astrologically, the year of the divine feminine, and I think we kind of saw that with the Women's March and stuff like that. I think it's kind a time of change where people may be more open to it.

JL: I think people are also just open to anything that seems to work. There's not so much stigma about it because of the internet. You can find all these people that believe in what you believe in, and so I think people feel more supported in believing more "out there" ideas.

SA: I think the more we find out with the internet, the more we realize [our individual complexities]. I'm in a lot of Facebook groups for specific sign placements, and today the girl who emailed about the Black Moon Lilith was also like, "Hey, I'm also a Taurus. Thank you for talking about more than just food and being lazy." I think a lot of memes just cover the baseline of very easy stereotypes about a sign and the more you talk to people and learn more about their charts—not just their sun signs but all these other things—you realize that these are baseline judgements. There's so much more to all of these signs than "Geminis are this!" and "Scorpios are that!"

JL: The point of astrology is to learn more about people in order to understand them and be more accepting of everybody.

Can you all give us a read on two of our favorite celebs? RuPaul and Lana Del Rey, specifically?

RuPaul was literally made to throw shade—Sun, Moon, and Mercury in Scorpio. Scorpios are taking in everything they see, so that they can deliver one fatal read. “You Better Work” makes sense as Mama Ru’s mantra because Scorpios are always having you work for their attention—and that Venus in Capricorn is gonna take your money too. He’s a Gemini Rising which is why he’s a catchphrase machine. #Covergirl #PutThatBassInYourWalk. It’s also why his surface-level transformations are seamless. Scorpios only have one mode: Slay. Having his Mars placement in Cancer means that ultimately RuPaul will always fight his hardest for is his tribe, his family, and his community. RuPaul was born to push everyone to be their best selves with his own kind of charisma, uniqueness, nerve, and talent.

[Lana is the] debate as old as time, is she a Cancer or a Gemini? Lana Del Rey is such a Cusp that almost everything about Lana can be explained by her noteworthy Sun placement. This specific Cusp is defined as emotional, moody, and romantic. There’s a light brooding in Lana, like a dark flower shining in a moonlit meadow. The Cancer in her helps her to go the distance while her Gemini side allowed her to completely transform from Lizzy Grant to Lana Del Rey.  We see aspects of her Taurus Rising and Venus in Taurus inthe imagery she uses, everything flowery and glamourous.  It’s no surprise that Lana Del Rey’s Cusp is widely known as the “Cusp of Magic.”

NEXT UP
Astrology
How to Use Astrology to Access Past Lives
Astrology
February 2023’s Full Snow Moon in Leo Embraces The Real You
Astrology
Your February 2023 Horoscope Is A Breath Of Fresh Air
Astrology
Get To Know Aquarius, The Certified Freak Of The Zodiac
Style + Culture, delivered straight to your inbox.