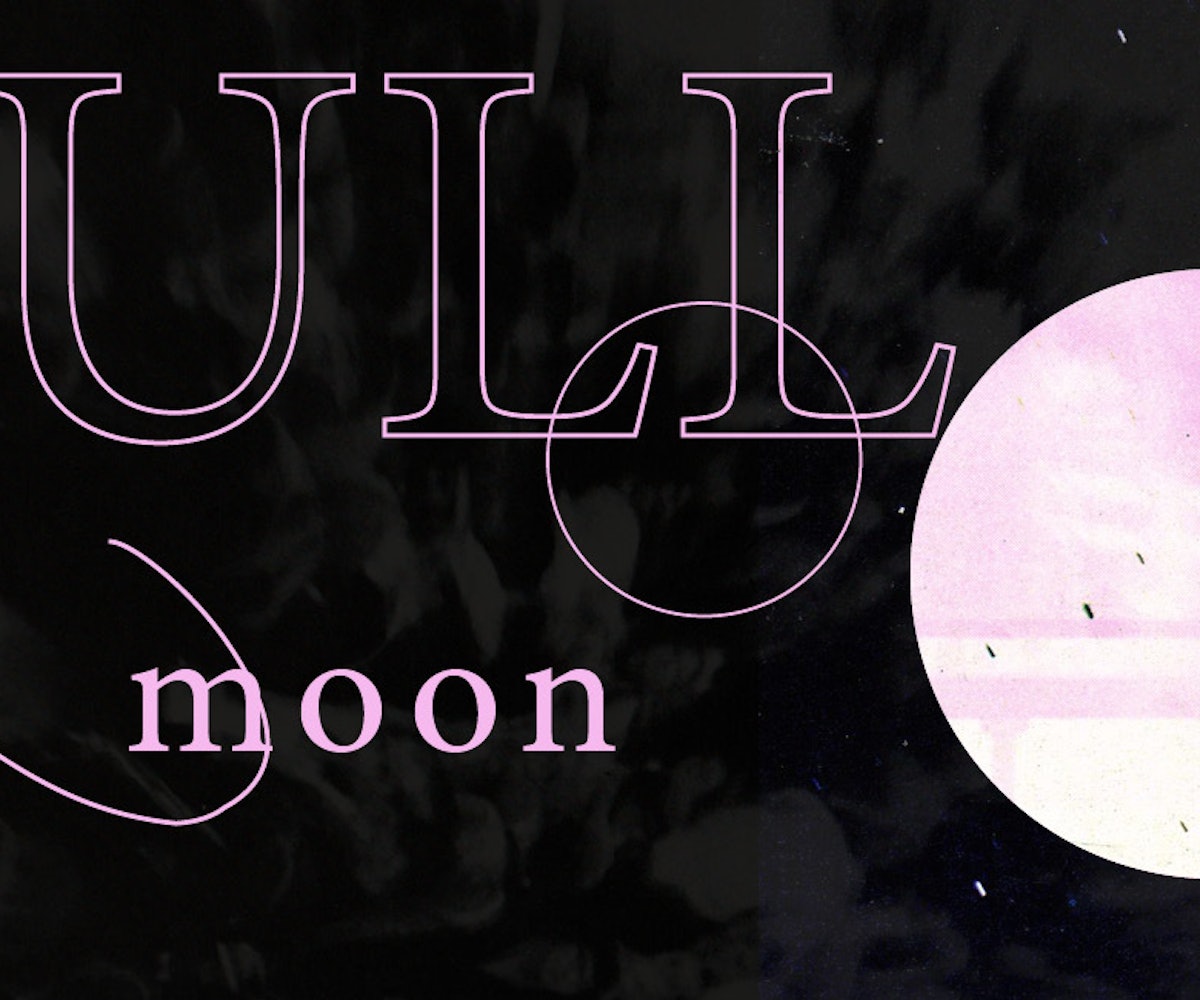 A full moon has a reputation. Emotional, influential, summoner of tides—a full moon has a presence that precedes its arrival. People glance up at the night sky when the time is near and say, “The moon is so big, could it be full yet?” A full moon waits to fill out, gets fatter and richer night by night. This month, the moon is full in Aries, and if you thought the moon only cast a cool light, you’re in for a surprise. An Aries moon is a hot moon, a fiery moon, a “lose-your-cool 'cuz things just don’t add up” kind of moon. An Aries moon has a young heart and an ancient right to the throne. She was born to pull swords out of stone and light the effigies of the old guard on fire. An Aries moon doesn’t know who she is yet, but she knows who she’s not. She is always becoming, always turning away from what limits her.

Also, this month’s full moon is conjunct Chiron in Aries, and while Chiron is but an asteroid, his influence is no small matter. The wounded healer, Chiron challenges us to face the first cut and find out just how deep it goes. Chiron knows that the places where we store shame are the places we store our compassion, that private fears and psychic ability pull water from the same well. The old wisdom holds true, despite climate change and the changing terrain, the poison still grows near the cure. Chiron aims to teach us how to tend to our wounds with grace so that we might recognize these wounds in others and forgive what we recognize—making each of us healers.

Lilith, too, is not far from the scene, conjunct Aries’ ruling planet Mars in Aquarius, and what rises from the deep well is a potent mix of old betrayals, broken vows, fears of abandonment, and karmic cycles of desire and despair so deeply entrenched in our bones, they cast shadows of old Babylonian sculptures; and Lilith was a goddess who took up snakes, symbols of sex and transformation.

And, perhaps it’s here that I can write: I believe Christine Blasey Ford like I believed Anita Hill. Jupiter and Venus are still in Scorpio, after all, blessing the survivors. And, isn’t every woman coming forward with a truth that could have killed her a kind of phoenix? This full moon, cardinal fire, sextile to black moon Lilith, asks us what power looks like in the hands of those who were once denied it.

An Aries full moon is an invitation to a pyre, a purging of what refuses to make good on its word, a release of what won’t serve us now or ever. Like always, the full moon is opposite the Sun (in Libra), but this time the Sun is conjunct Mercury in Libra, an aspect that asks us whether we’re willing to take up the space we need rather than the space we’ve been allotted. What’s come up and coming up might be hard to talk about (especially if you’re the avoidant type, especially if you’d in a purging mood), but not talking about it is worse, believe me. It’s good to remember that while the full moon might inspire you to set the whole thing on fire and walk off the scene feeling wild and free, à la Angela Bassett in Waiting to Exhale, our lives are infinitely more interconnected and complex than one scene in a movie.

This full moon, remember that you can exhale at any time. That you can reclaim your time and bet on yourself, that you’re allowed to feel betrayed and burning desire for what will ultimately break your heart, that none of those things are irreconcilable with your generous spirit and your ability to care for others. This is the moon when your tongue will beg to unfurl, when setting yourself free will feel like dousing a bridge in gasoline. Listen, the universe is inside you and on your side, so act with integrity. Whatever the truth burns, it was meant to burn, on the other side of that fire—you will rise again, wiser.