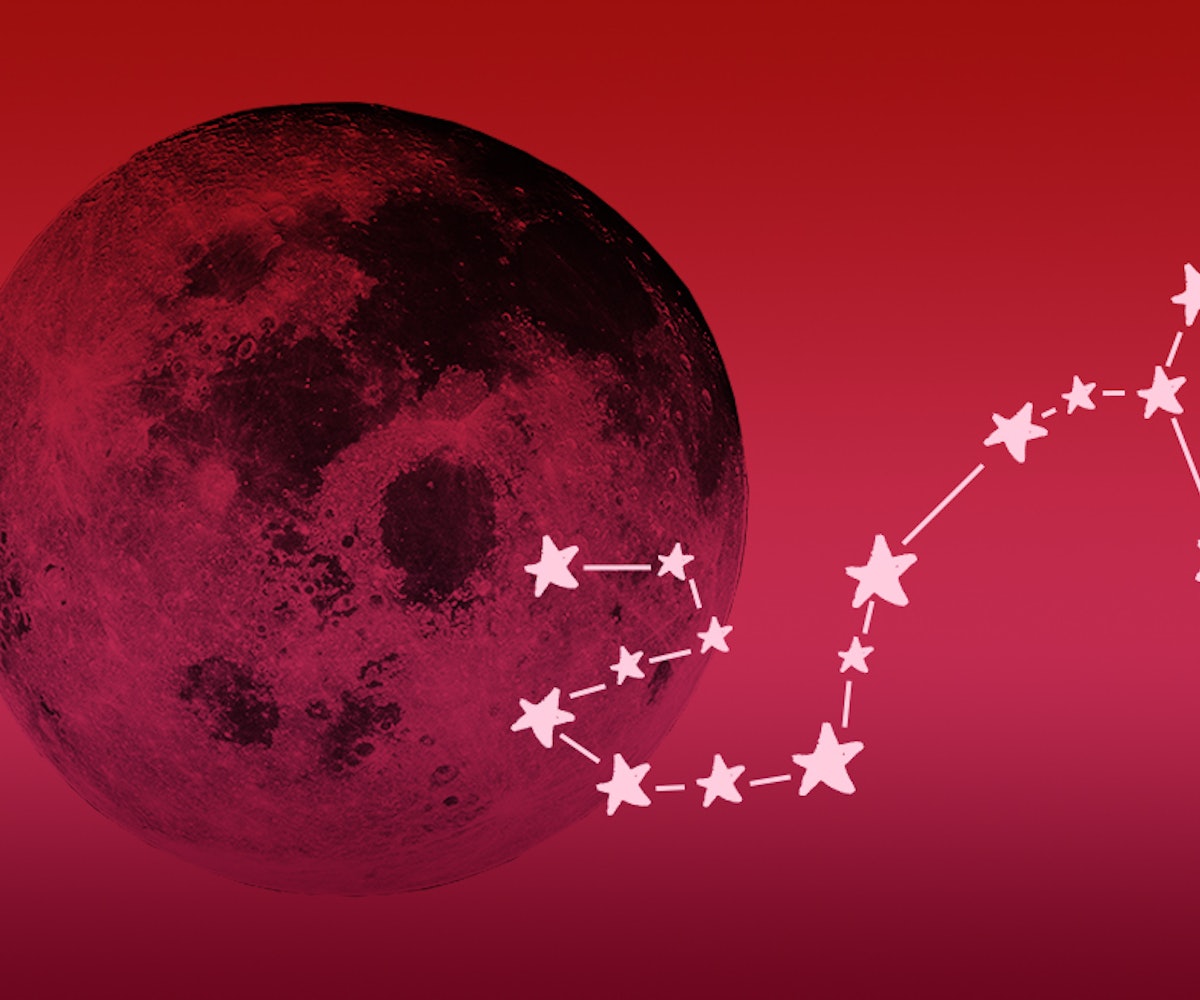 What goddess knew, when she set the world to spin, that a Scorpio new moon would rise the day following an election in the USA? What concerns behooved her prescient scheduling? If these questions sound ridiculous to you, if you think that astrology has nothing to do with our system of political representation, you’ve every right to go on thinking that—but I wouldn’t encourage it.

I’d rather believe everything’s a sign than nothing is. I’d rather wonder if hell beasts like Ted Cruz rise to the top just so we have a better chance at political outrage whack-a-mole. If these questions sound U.S.-centric, if I’ve given you the sense that I believe in a goddess who concerns herself with the movement of North America above all other continents, I have given you the wrong sense. I imagine there is a deity (or many) whose main concern is not so much this country where I claim citizenship (naturalized citizenship at that, which is now precarious), but, rather, the way it seeks to support and maintain global waves of violence.

In a fascist regime, in a regime that supports and perpetuates white supremacy, in a justice system where women are hanged smiling and endangered on a wall, it can be hard to feel alive. It can be hard to feel anything. Numbness is an inviting state in the face of threat, and many of us have learned how to go willingly so that we might not have our strength beaten out of us in the wrong fight. But, hear me, reader, Sun in Scorpio refutes numbness and will not abide by it. And, here we are, second week of November, Venus still resilient in retrograde, Jupiter still dramatic in Scorpio, shadow of Mercury Retrograde making us evaluate our expectations, and all this while the new moon in Scorpio dangles over us like bait.

If the new moon is bait then what is the lure? A new moon has expectations to live up to. She comes around to bless new beginnings, to stand behind gallant gestures, and cheer while we perform our leaps of faith. The new moon wants us to put the hook of optimism in our mouths and let it teach us the difference between what is dangerous to believe in and what is possible in the face of great danger. Perhaps, now is the time to mention the first-ever indigenous women in Congress, Deb Haaland—a member of the Laguna Pueblo tribe and Sharice Davids—a member of Ho-Chunk Nation. Or, what about Alexandra Ocasio-Cortez? The youngest woman elected into Congress. Working-class, Puerto Rican heritage, and anti-mass incarceration. Our forefathers roll over in their graves as we rip up their claims to us and our futures. Whatever lineage of trauma and tyranny was established in the texts, whatever lineage we carry by blood, we invoke a wave of renouncement, a wave of people who would rather have no homeland at all than call this home. Goddess, I know you feel it and will it so. Do you remember that Isis came as a bird and beat her wings until the wind became breath and brought Osiris back from death? Women everywhere beat their wings so that we might have a future.

Let the breath of Isis beat into you too, dear reader. The days grow short but our nights are full of life. Do you remember all those years we walked the streets together chanting what we wanted? That, too, was witch work—an invocation. We wanted to take back the night, we knew the night was ours. Voting is always compromised in a country where citizenship is a leverage tool and not a right. Still, we thread the lure. Voting is a spell we begin together and offer up to darkness. Do not let darkness fool you with its cloak and animal quiet, darkness is not stillness.

This new moon Scorpio, imagine Isis. Learn the names of your enemies and the joys of your loved ones. Yes, you be called to speak from the most vulnerable parts of you and, in speaking, you will complete a (s)hero’s journey. Yes, you will be called to trade life for life, secret for secret, tenderness for tenderness. Practice tenderness and cleverness in equal measure. Make like birds over this haunted ground and rise together, get over.