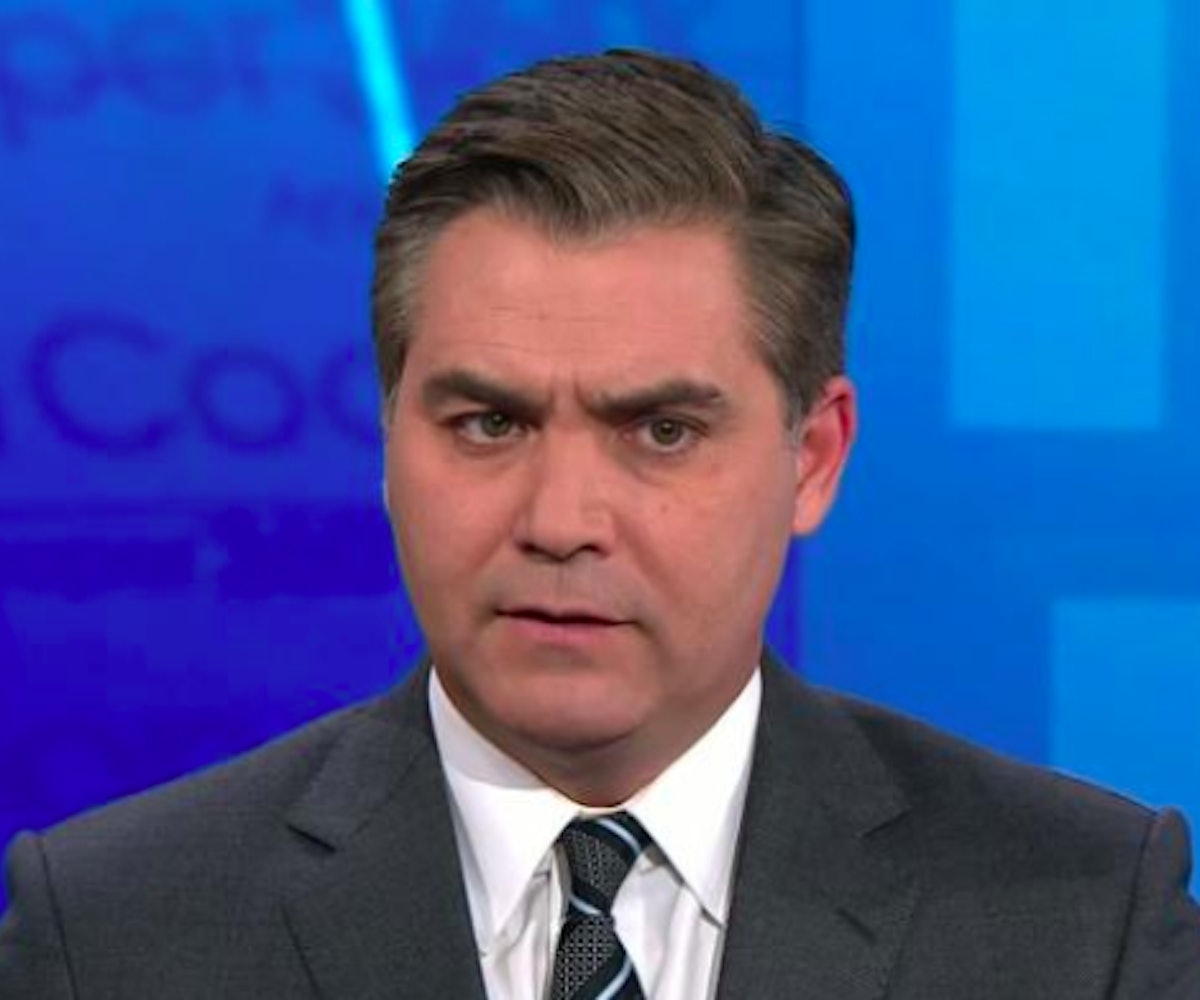 In a press conference on Wednesday, CNN correspondent Jim Acosta and President Trump got into a heated debate, which involved Trump slinging insults at Acosta and side-stepping his questions. Later, the White House announced it had revoked Acosta's "hard pass" to the White House grounds. They are claiming that the reason for this is that Acosta assaulted a White House intern when she tried to take Acosta's microphone out of his hand while he was still talking.

In video footage, Acosta is seen attempted to ask Trump multiple questions; the president refused to answer them, instead calling Acosta a "rude" and "terrible person," and saying that "CNN should be ashamed of itself for having [him] work for them," because "the way [he treats] other people [is] horrible." Trump repeatedly tried to get Acosta to sit down and stop talking, and a female White House intern attempted to take the mic from Acosta's hand.

Acosta didn't want to relinquish the microphone, and while his hand did touch the intern's arm, it wasn't forcefully, and Acosta turned to her and said, "Pardon me, ma'am." He then continued to ask Trump questions.

However, the White House is spinning this as being a case of Acosta assaulting the intern. Sarah Huckabee Sanders called it “inappropriate behavior” and claimed that it was the reason Acosta’s access was revoked.

Since anyone watching the video footage could see that Acosta barely touched the intern, the White House has released what seems to be doctored footage that exaggerates the movement that it deemed “inappropriate." The video shows the movement six times, each time zooming in on Acosta’s hand. It also sped up the point of contact, which made the movement look more aggressive than it actually was. This video has apparently been sourced from conspiracy theorist Alex Jones'InfoWarssocial media platforms.

CNN communications released a statement backing Acosta and saying that his pass being revoked was an “unprecedented decision” that serves as a “threat to our democracy.” “It was done in retaliation for his challenging questions at today’s press conference,” CNN communications said in a statement posted to Twitter. “In an explanation, Press Secretary Sarah Sanders lied. She provided fraudulent accusations and cited an incident that never happened.”

While reporters are not guaranteed press access to the White House, it is unconstitutional to bar them based on their style of reporting, since this is viewpoint discrimination.