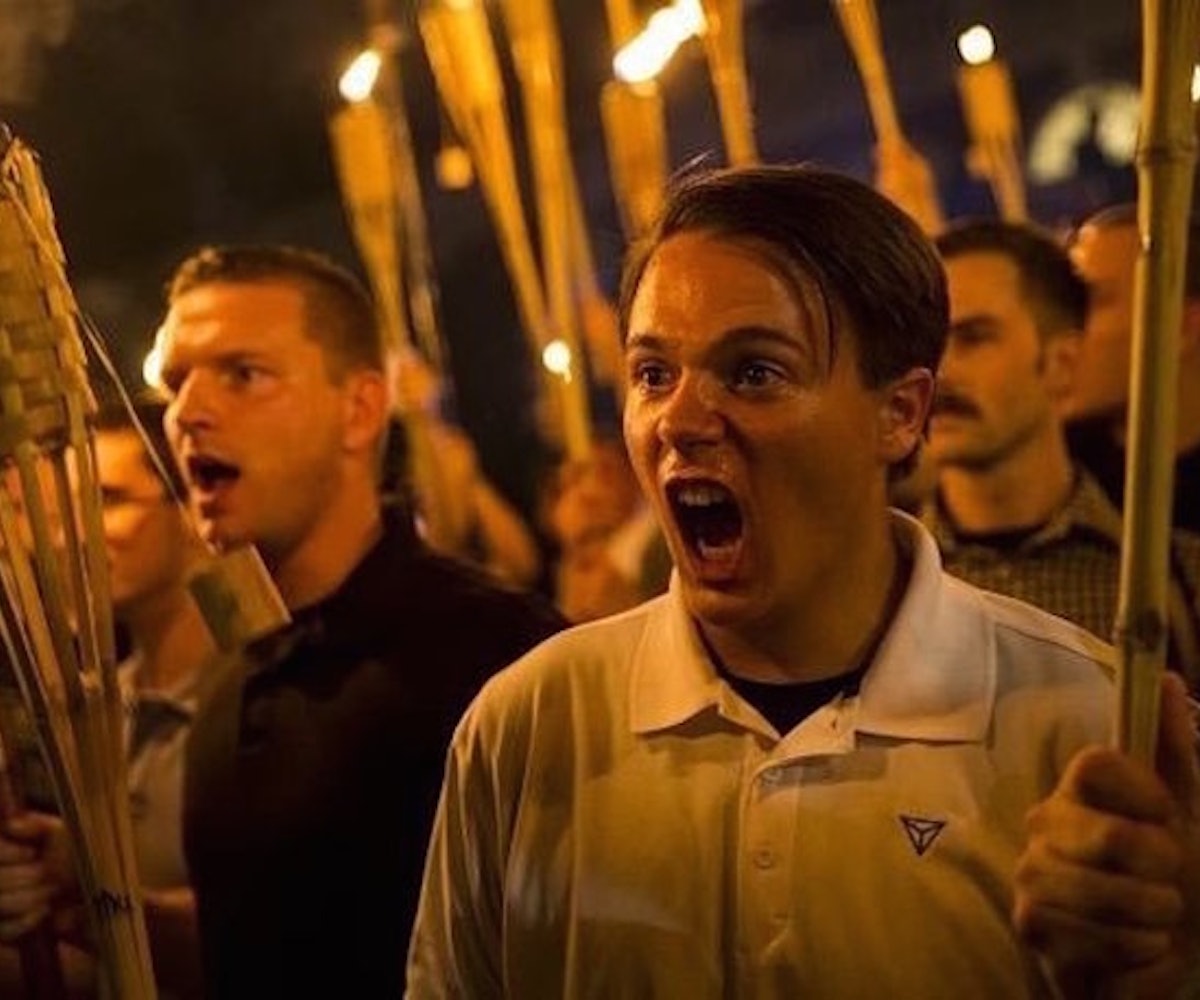 Friday night, hundreds of assorted white nationalists, neo-Nazis, and alt-right activists gathered in Charlottesville, Virginia. The group marched on the University of Virginia, literally wielding torches and attacking groups of counter-protestors, according to The Guardian.

The group chanted nationalist slogans like “Blood and soil” along with even more overtly racist phrases like “White lives matter,” “You will not replace us,” and “Jews will not replace us!" while proceeding from Municipal Park into the school's campus. When faced with opposition from left-leaning protestors, the groups exchanged words in a heated altercation that led to an attack in which the right-wing extremists used pepper spray and lighter fluid to assault the dissenters.

“[They] completely surrounded us and wouldn’t let us out," Emily Gorcenski, who recorded videos of the clash, said. “I saw hundreds of people chanting Nazi slogans and police do nothing.”

Police did not offer a comment on the situation.

The march occurred under the umbrella of the Unite the Right rally, which rolls on today with thousands expected to attend, according to The Washington Post. Members of this movement claim that white people are persecuted in America and that their history is being erased.

Reacting to the horrific images, the internet has already got to work meme-ing the rally:

Others offered less humorous takes on the matter:

And some are thinking of ways to attempt to heal after this is all over by directing positivity to organizations making change: