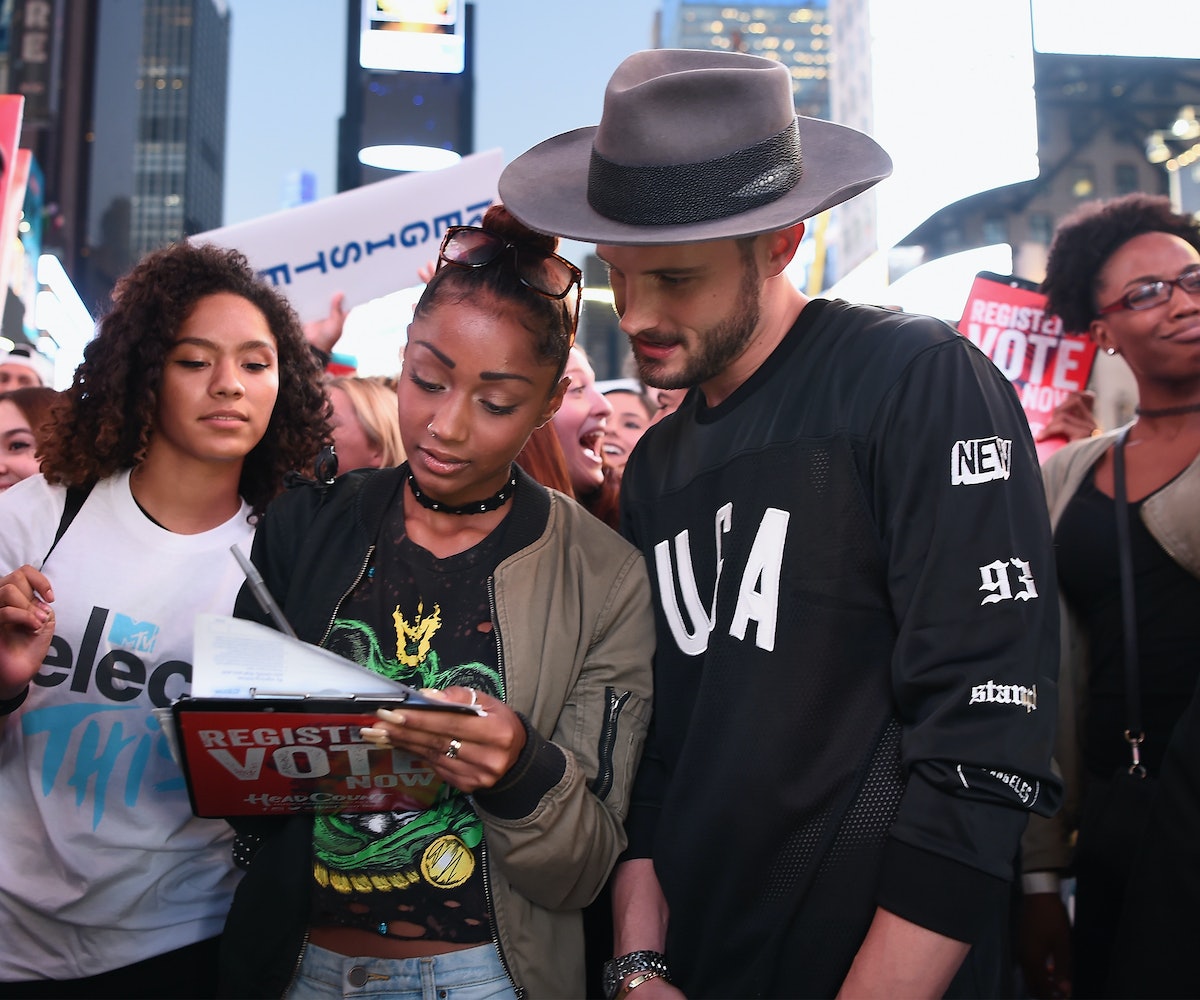 Voting is our right as adult citizens of the United States, but it's not one that's always exercised—particularly by millennials. Americans between the ages of 18 and 35 make up as significant a population bloc as Baby Boomers (ages 52 to 70), but because they don't turn out to the polls on Election Day in the same numbers, their voices are not heard to the extent possible.

This lack of millennial voting is a missed opportunity to the largest degree; there's no way that the issues which matter to millennials—things like student loan debt and affordable healthcare and reproductive rights and gun control—will be properly addressed if we don't collectively put our votes toward the candidates who advocate for positions we believe in. Need more reasons to vote? We've gathered inspiring quotes from 12 celebrities, who discuss what it is that's making them vote, and included a link at the bottom of the page for you to register to vote, so you too can make a difference.

Gabourey Sidibe: "I would like a president who will protect Obamacare." via Cosmopolitan.com

Eileen Myles: ‘‘You’ll be alone in that booth, and it’s so dirty, like a peephole or a dressing room or a confession. … You spread the metal wings above the title ‘President,’ and an empty white space appears, empty as poetry, and this is your freedom of speech." via The New York Times

Oprah Winfrey: "Your crown has been paid for. Anybody whose parents immigrated to this country... If we only knew what sacrifices they paid for you to wear it... Put it on your head and wear it. And then go vote." via The Oprah Winfrey Show

Vic Mensa: In a video for Vevo's "Why I Vote" series, Mensa explains that police brutality and the ongoing violent conditions in Chicago are why he feels like it's important to vote. He encourages others to do the same "so you can be a part of the society you live in, so you can have a voice. Whenever I have an opportunity to make my opinion matter, I take that opportunity... Affecting change in the hood is why I vote." via Vevo

Taraji P. Henson: "What will I tell my son? What will you tell your daughter? What will we tell the future generation?" via Cosmopolitan.com

Connie Britton: "Because we are all so fortunate to live in the United States and with that comes a responsibility." via Instagram

Julianne Moore: "We can end this nightmare before it begins." via Save the Day

Tina Fey: "I wish we could have an honest and respectful dialogue about these complicated issues, but it seems like we can't right now. And if I have to listen to one more gray-faced man with a $2 haircut explain to me what rape is, I'm going to lose my mind!" via The Stir

Mindy Kaling: "[R]eproductive rights are probably the most important thing when deciding whom to vote for, just to make sure that our country isn't going backward rather than granting freedom to women." via Elle

T.I.: Referencing unjust drug laws and high rates of incarceration for black men in this country, T.I. tells viewers of Vevo's "Why I Vote" series, that he votes because "This is not fair. This is not right... I vote to change the injustices and fix the inequality that exists in America today." via Vevo