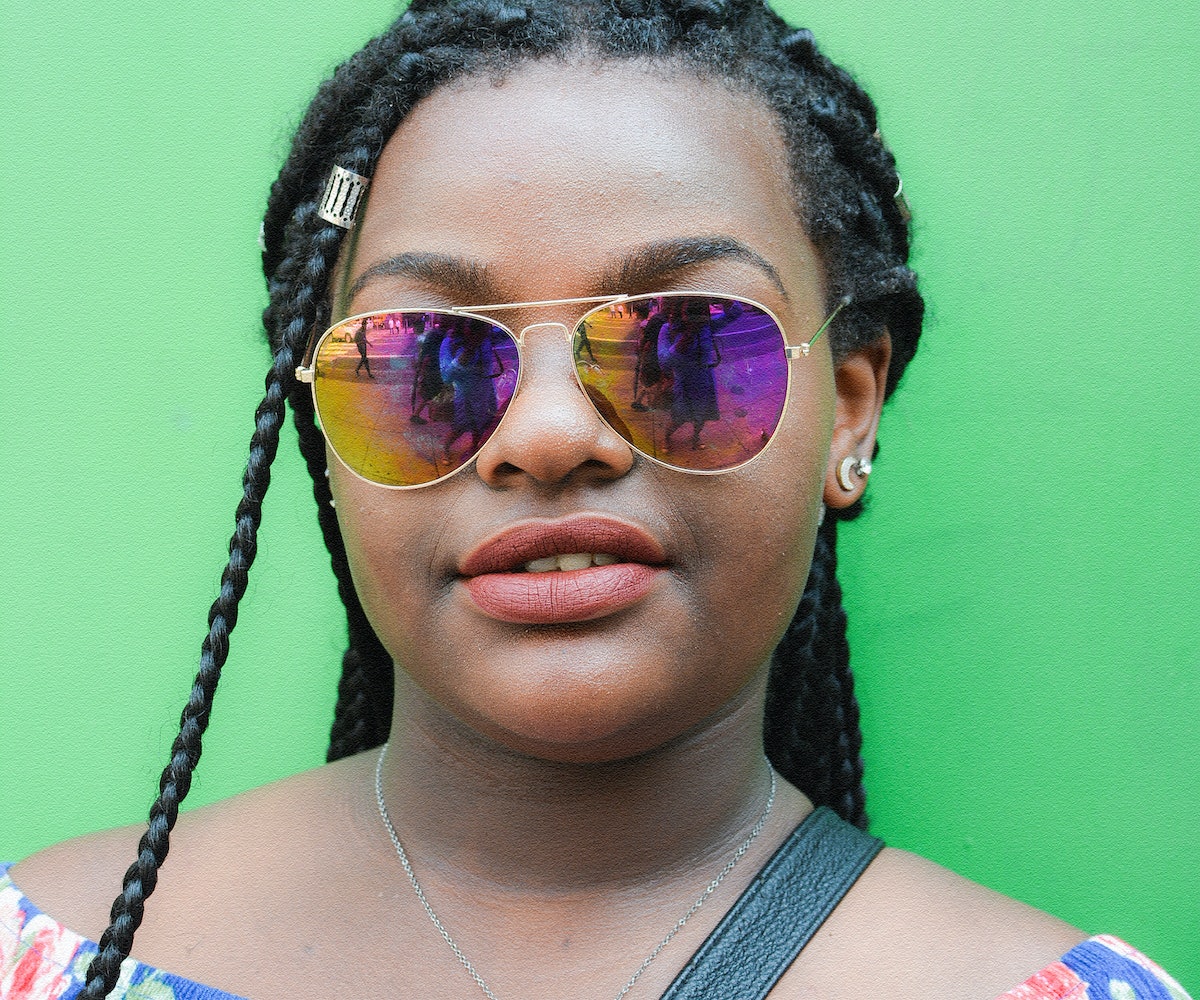 With Donald Trump as the official Republican presidential nominee, those three words summarize this election season perfectly. A business tycoon with a questionable tax history, a bigoted vocabulary, and zero time spent in politics is running against the first-ever female presidential candidate who just so happens to have 30-plus years of political experience. It sounds absurd, but it's the reality we live in. It has galvanized a nation to rise up, rally, and speak up about the election because we want our voices heard, even if only on social media. Britain's exit from the E.U. this year should be a wake-up call to many. The "my vote won't count" mentality negates the very foundations of democracy and can, as we saw with Brexit, lead to surprising, potentially unsettling results.

We went down at the Democratic National Convention this year and asked attendees why they're hitting the polls. For many, it's a no-brainer: Not voting is an insult to the people who have fought for the right to do so. Even U.S. residents who can't vote, recognize the importance of this election and wish to make a difference in any way they can.

It's your voice, your right. Rock it accordingly.

"I am voting because it's the proper thing to do as an American, especially in this election where there is too much at stake. I am definitely voting for Hillary [Clinton]; she's not my favorite candidate and I am not actually thrilled, but it’s a two-party system right now and we can’t let Donald Trump win at all, like… at all."

"I am voting because I want to better the environment and the people. I want to include my vote. I have kids and I want to make it better for them."

"I'm voting because enough women have fought for me to have this right and I am going to exercise it."

"I'm not voting because I'm Australian, but I would like to vote if I could."

"I am voting because this is one of the most influential elections of my lifetime and we are voting for our future. It's important to take advantage of our privilege to vote and have a voice in making positive change."

"I'm voting mainly because I had a moment when I realized that other people don’t have the right to vote, and it's kind of selfish to not use that right and stand for something greater for everyone else."

"I will vote to demand change in a society that needs justice, peace, and equality."

"I am voting because there were a lot of people before me that couldn’t vote and as cliché as it sounds, you have to have a seat at the table if you want to eat. I am trying to feed as many people as possible with that one vote."

"I can’t vote because I'm from Sweden. I wish I could vote; everyone who can't currently vote wishes they had a say in this election."

"I'm voting because as a young adult—I turned 18 last summer—making my voice heard will make my siblings, cousins, and friends vote. The youth is important."