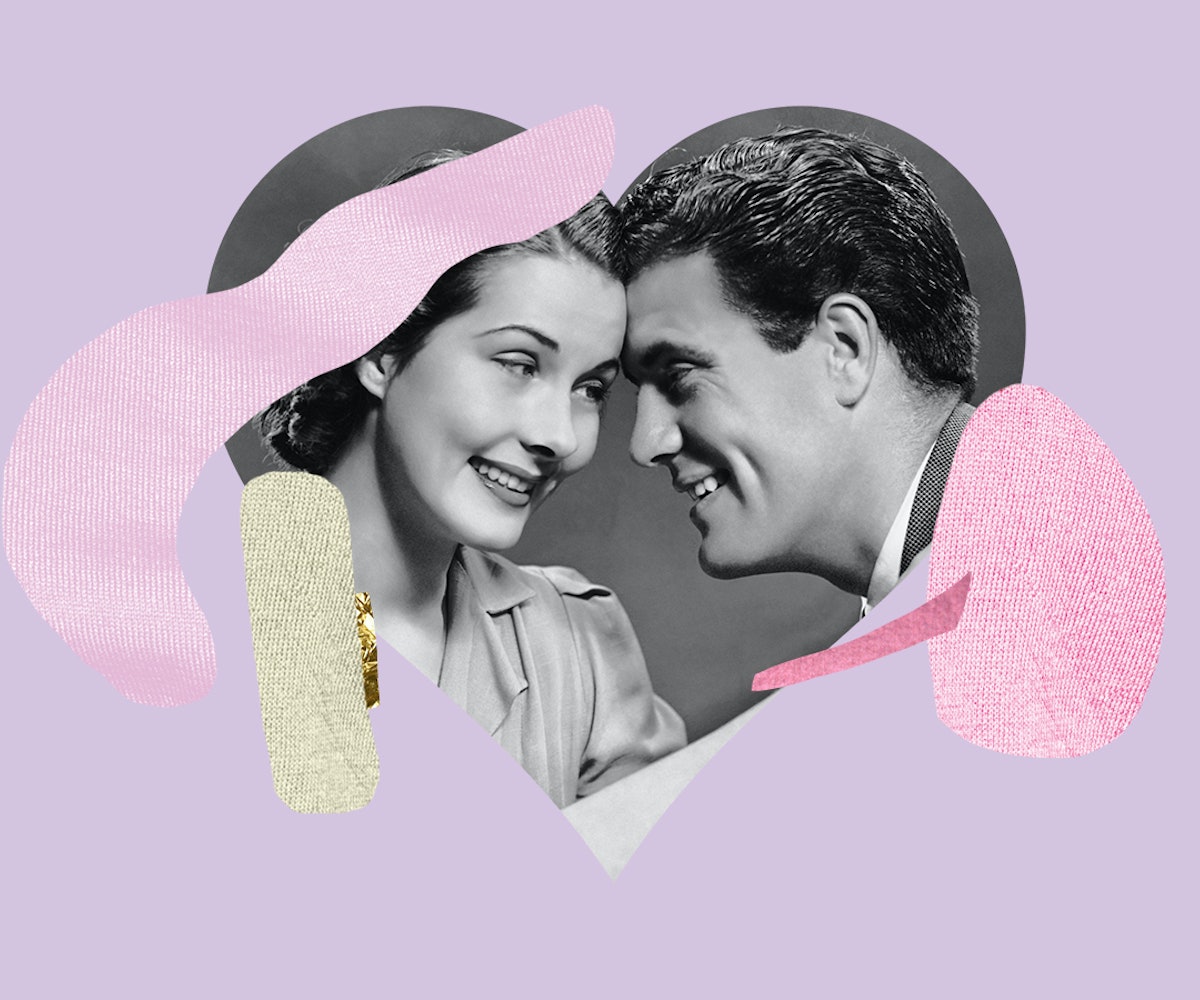 Throughout my misadventures as a serial dater and love seeker, I’ve developed a taste for a certain type. And while it might not have been intentional, if I were to put my last four lovers in a police lineup, it’d be hard for strangers to tell them apart. Physically, they’re similar—lanky, rugged, with a mess of tresses and a boyish charm; emotionally, they’re nearly identical—inconsistent, manic, cold, distant, intense, whimsical, and dark. Somehow, I’ve developed a sixth sense for seeking out man-children who could have once appeared on an Abercrombie and Fitch bag and might inspire psychologists to use the words “borderline” or “narcissistic personality.” It’s hard to say why, after each miserable breakup, I went back for more of the same and sought similar traits in new lovers, but I did. That’s the definition of insanity, right? And yet the problem was, my predilection for emotionally unsympathetic men with commitment issues and big arms and good hair was never apparent to me. At least, it wasn't until I eventually met someone different, someone who would stand out of a lineup of my exes like the sorest thumb.

For that very reason, when we first met, I wasn’t interested. It didn’t matter that he was polite and present, tender and honest; he didn’t play an instrument, he didn’t write poetry in his spare time, and he didn’t have a Netflix addiction. It was a hard no for me. What could we possibly have in common? I thought to myself as I sat across from him. I was closed and judgmental, sizing him up against my usual suspects. For weeks I ignored his attempts at plan-making. I swiped away his sweet messages and turned up my nose at the lack of boxes he checked off. “I know what I like,” I told my friends, who encouraged me to give him a shot. “It’s never worked out with the kind of person you like,” they humbled me.

This rang true enough for me to decide to get in touch with a certified sex and relationship coach Myisha Battle to talk more about types and why it’s so hard to break our own molds. She told me that a lot of our issues with type-casting our partners is that we get warm feelings for things that are familiar—despite the fact that familiar is not always synonymous with good.

“A lot of our attraction to our partners is due to our unconscious roles we developed in childhood. We are often drawn to partners who feel comfortable to us and have similar values,” she explained.

Once I understood this and saw Mr. Not the Same again, things changed. His differences registered as attributes. His individuality was not out-of-line, but, rather, intoxicating. Giving him a second chance was more than a second date, it was ending a non-functioning cycle of insanity in my life. My new response to this person who seemed so far from the type with whom I thought I was meant to be, felt incredibly evolved and progressive. Like I had broken a curse I’d placed on myself. The more time I spent with him, the more my perception of compatibility expanded. After a few dates, I felt like someone who was colorblind but was now seeing every individual color of the rainbow and each delicate shade in between. And at the same time, I was mad at myself for wasting so much time chasing my mistakes in circles. That said, according to Battle, a lot of these tendencies stem from childhood and are subconsciously ingrained in our programming. Battle further explains:

We all carry the roles we play out in our family into our relationships. For instance, if your family is very argumentative, you might be as well, or you might be the mediator or pleaser that tries to help everyone see each other's side. While these are totally natural traits to have, they may affect who you choose to partner with. You may find yourself attracted to argumentative, strong personality types of people. Does it feel natural to play out your role with them? Sure, but is it the role you actually want to play in your romantic relationship? When you step out of your comfort zone, you will discover new ways to be with other people. Dating outside your type is one way you can do this.

We’re so worried about expanding ourselves and the risk of opening up to the unknown that we’re more comfortable living within a provincial mentality. But dating someone outside of your type not only has the potential to open up your romantic opportunities, but it challenges you personally and gives you an opportunity to grow within yourself, too.

“Being able to date outside your type is quite freeing. It allows you to look at others holistically rather than as a series of ideal qualities and exposes you to a whole new perspective. It can also be really exciting to learn about other ways of living that aren't informed by our own value systems,” Battle encourages.

So this year, consider getting rid of the boxes and erasing the confining parameters of your “type.” Give someone new a shot, someone you don't immediately understand. Maybe for you, this means swiping right instead of left or saying “yes” to that second date you’re tempted to skip. Open yourself up to someone who makes you giddily shake your head and wonder how you ended up where you are. Let people surprise you, and surprise yourself not just with who they are, but with who you are destined to be.