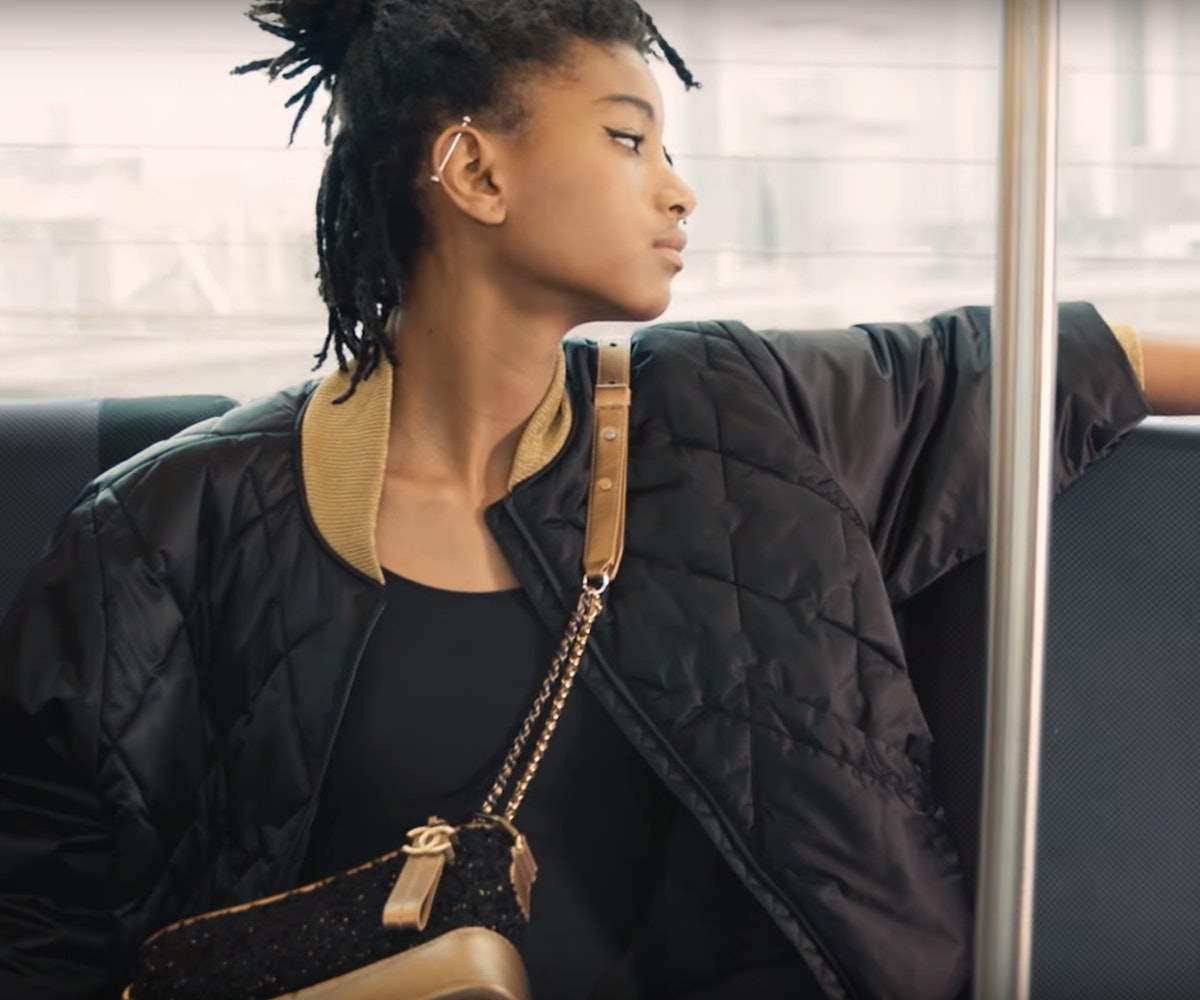 The next installment of Chanel’s Gabrielle bag series is here, starring none other than actress, singer, and dancer Willow Smith. The 16-year-old takes us on an adventure as she waltzes through Tokyo’s bustling streets. From exploring bookstores to visiting the Shinto shrine, the film follows Smith as she soaks up everything Tokyo has to offer and ends as she meets a group of school children and receives a special gift from one of them.

Of course, Smith is decked out in Chanel throughout, modeling a different Gabrielle bag in every scene. The film was shot when Smith was in Tokyo to attend the Paris Cosmopolite Metiers d’Art replica runway show just last week.

This is not the first time the multihyphenate and the luxury French label collaborated. Smith became a brand ambassador during the Fall/Winter 2016 show in Paris and already starred in the brand's eyewear campaign.

It’s no wonder, then, that she was the latest muse to be tapped for the Gabrielle bag campaign, a series featuring videos with other Chanel regulars like Kristen Stewart, Cara Delevingne, and Pharrell Williams. Next up this month? Liu Wen and South Korean rapper G-Dragon.