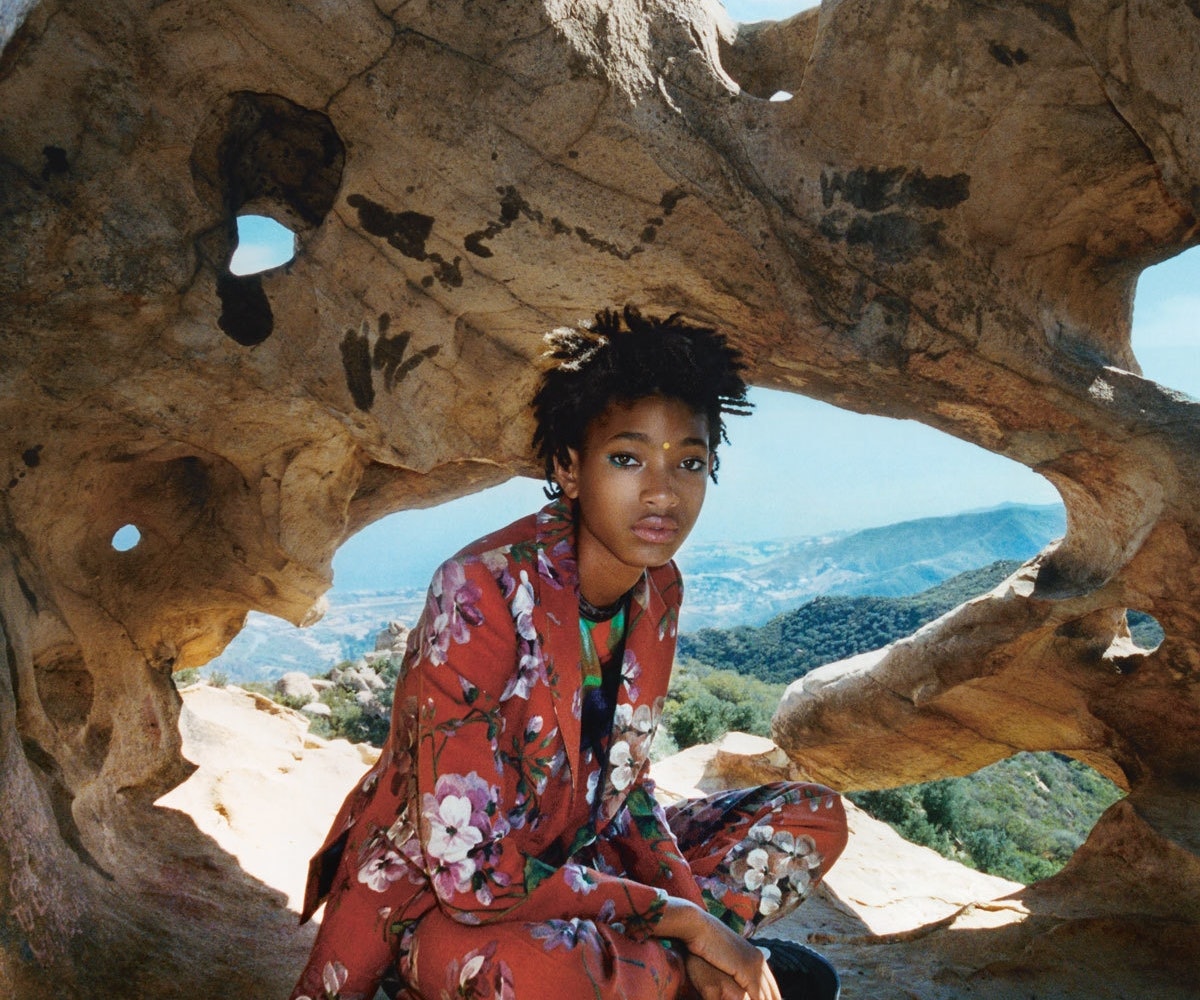 We’re just going to put this out there and you can do what you want with it: Willow Smith is our favorite Smith.

She sings great (when she has time to). She dresses great (always). She talks great (invariably). Even when she’s repeating her brother Jaden’s philosophies, she somehow makes them less crazy and more, well, great.

Just look at i-D’s cover story on the preternaturally cool 14-year-old. Right there in the first graph, she quotes Jaden and turns his sometimes questionable, bonkers-sounding positions into semi-coherent semi-wisdom: “The best piece of advice I've ever been given was when my brother Jaden said, 'Albert Einstein said that time was relative, but he forgot to say that so is everything else,’" she says. Taking the ball and running with it she adds, ”And that just made me think: good and bad is so relative. Moral and immoral is so relative. Everything in the world is just so relative. You could say, 'Oh, that girl is so mean to me', but really if you look at her life and how she was raised and her experiences that have brought her to this point, you really can't label her because it couldn't have been any other way. Putting a label on someone doesn't really work because everything is relative.”

Now, this is after all an interview with a Smith child, so there is some straight-up bonkers stuff going on. But even at that, it’s the kind of bonkers we can get behind. Take, for instance, Smith’s vision of what the Earth would be like if she called the shots: “The whole world would be one big tribe, one big commune. It wouldn't be split up and divided, we wouldn't be fighting nearly as much, we wouldn't be using unnecessary sources of power. We'd be using free energy, we'd be eating from the trees, we'd be drinking from the natural stream. There wouldn't be traffic, and diapers and pollution in our rivers. It would all just be transcending into another dimension.”

Get the full interview along with a crop of truly wonderful photos over here at i-D.