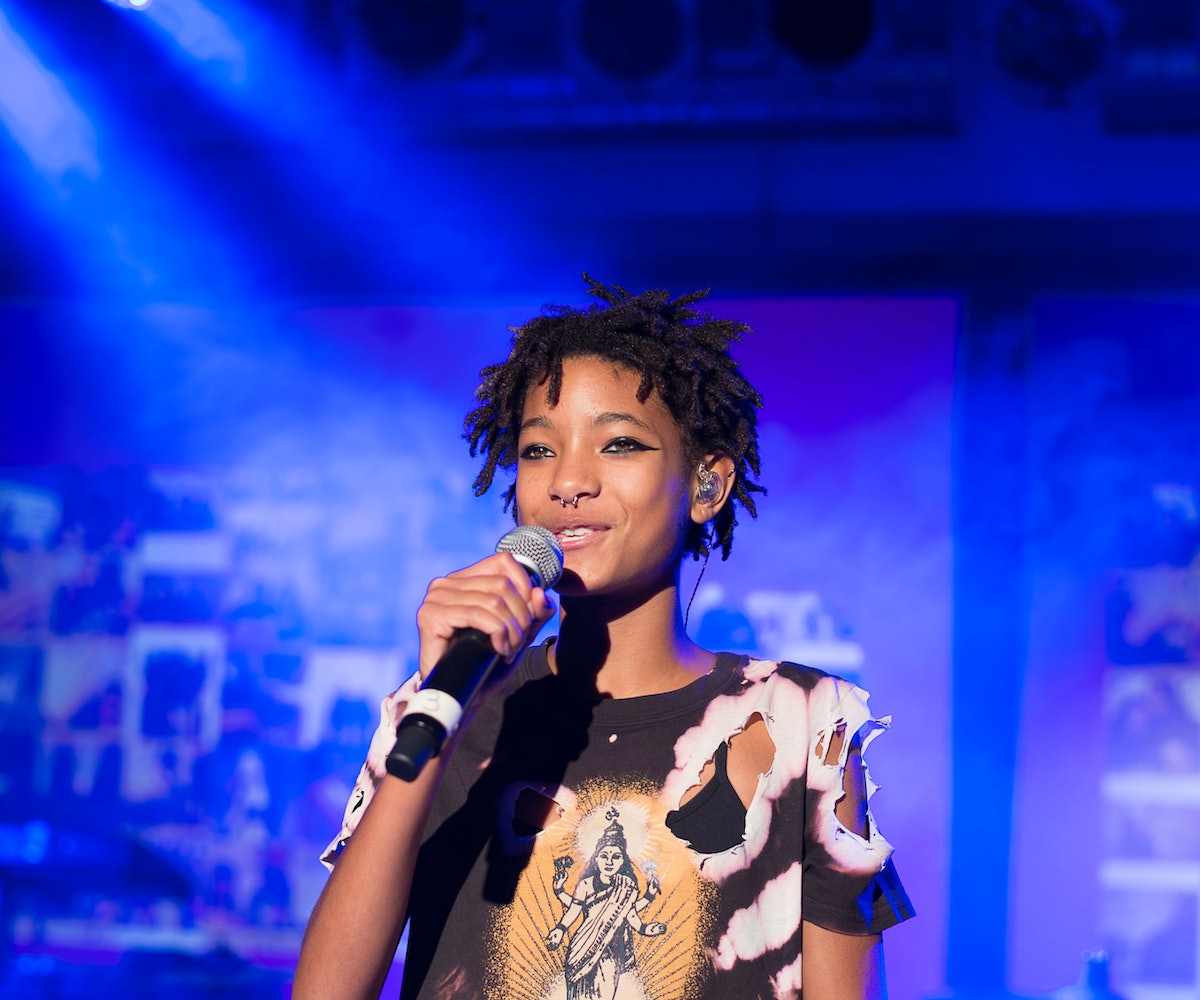 Nearly a month after releasing her debut album Ardipithecus, Willow Smith has revealed another musical gem. "TnGwee#3" is a collaboration with Tyler Cole and delves deep into the sector of indie rock music. There's a grungy element to the duet as Smith and Cole's light voices float over steady guitar chords. The noise builds slowly, sweeping over the drums and making its way down the tunnel of your ears. "I don't know what love is, but I see in your eyes," Smith coos before busting out into some powerful wails. Strangely enough, she pulls it off, though we're not surprised in the slightest. This track is a testament to Smith's ability to transcend genres and break the barriers of limitation based on outdated categories set by the music industry. The evolution of Willow continues within her transformative body of art. Don't sleep on this sick song.