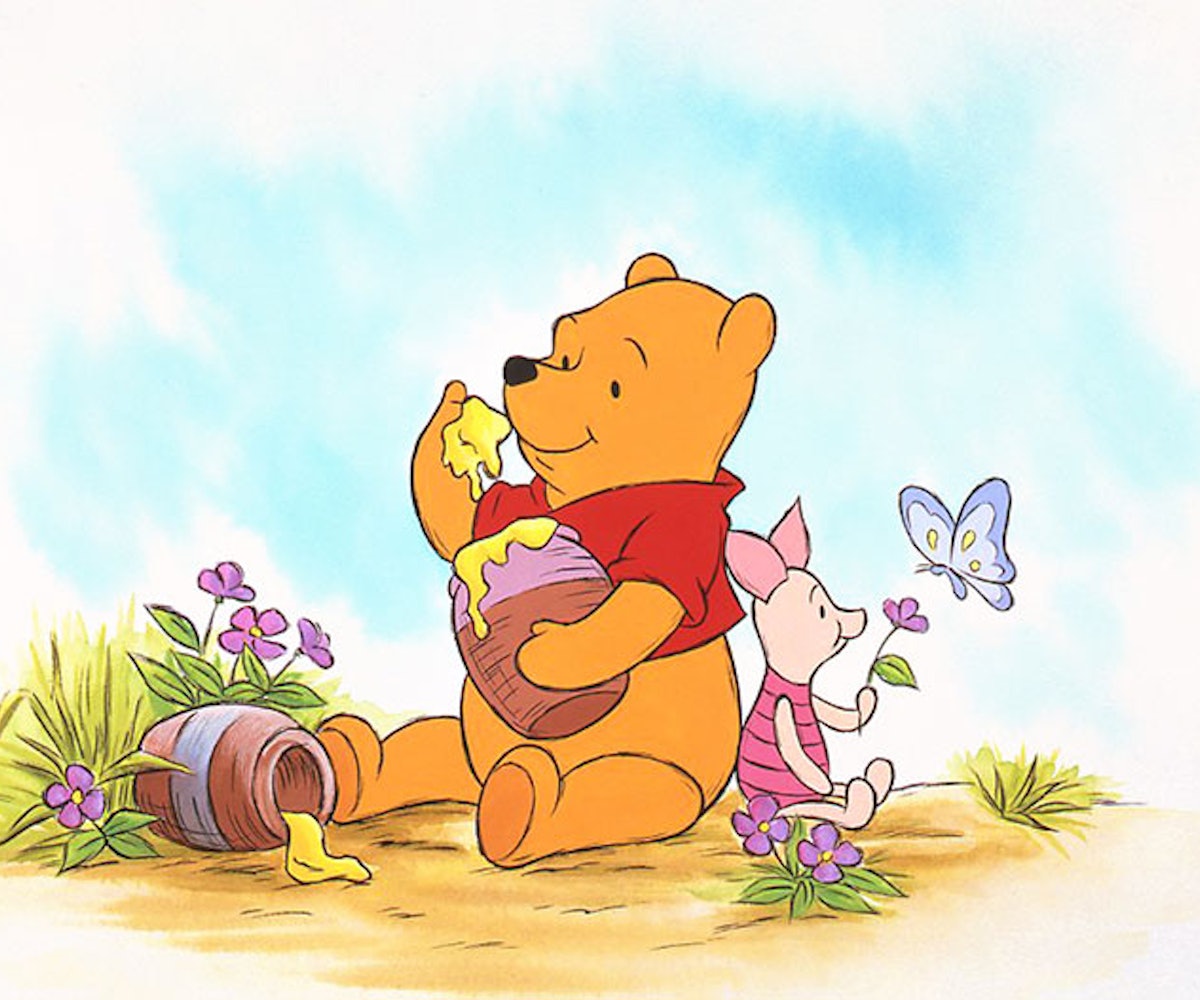 Turns out that Winnie The Pooh—yes, that Winnie The Pooh—was inspired by a real bear, and that bear wasn't a male like he is portrayed in the popular storybooks and cartoons. A.A. Milne wrote the famous books based on his son Christopher Robin and his teddy bear, Winnie. The bear that he and Christopher Robin often went to see at the London Zoo was a female bear. Prior to her arriving at the London Zoo, the bear used to entertain troops during the First World War.

Lindsay Mattick, the author of Finding Winnie: The True Story of the World's Most Famous Bear, said of the bear "I want people who love Winnie the Pooh to understand that the real story behind her is just as beautiful and just as amazing." Uh, what even was our childhood? Certainly not a lie, right? Bueller?

While hindsight makes us wish the cartoon Winnie The Pooh could have been a girl like she was in real life, it's nice to know that the backstory is gaining the world's attention. Girl power!