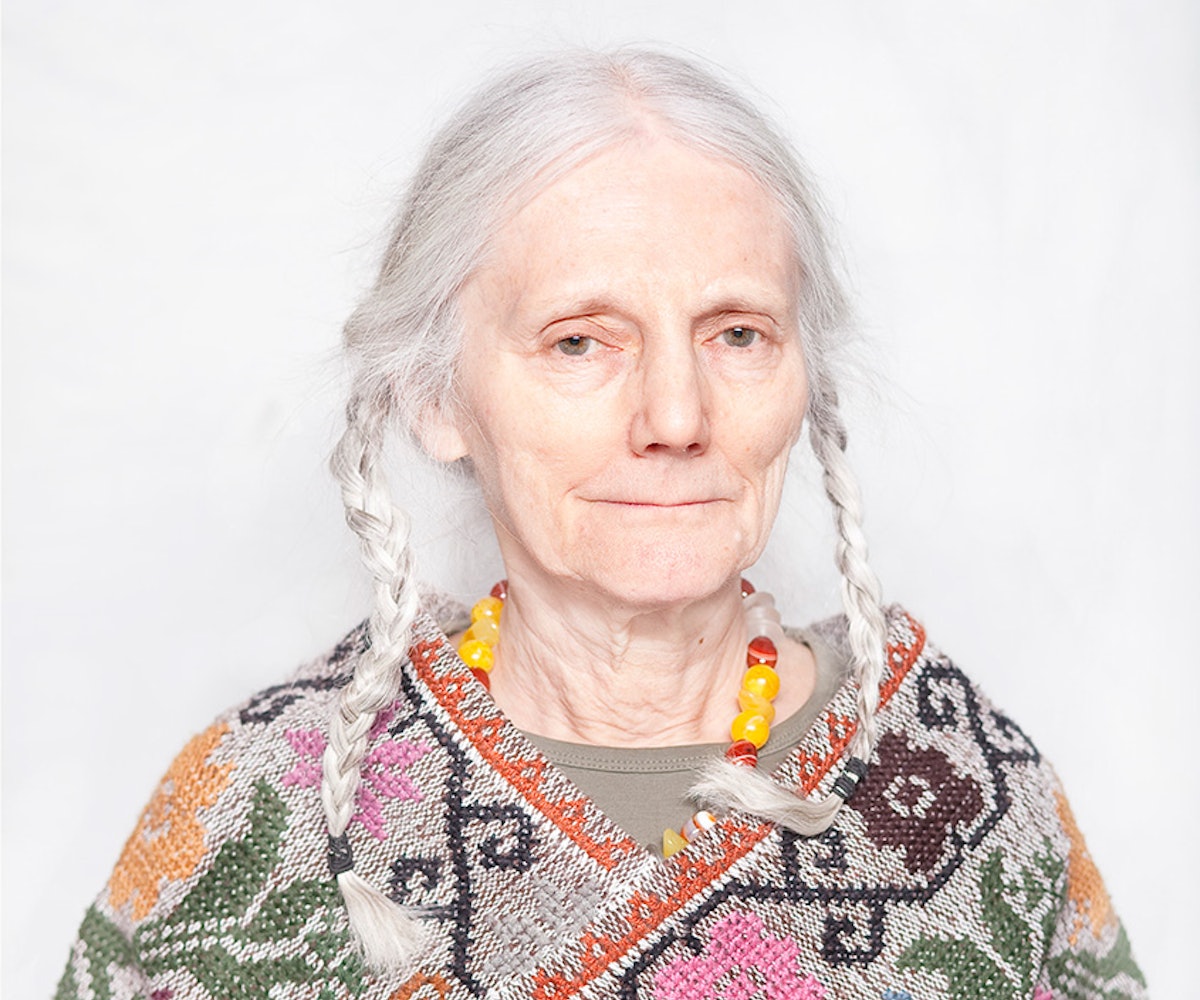 If you've ever read The Crucible in high school, you know that witches have somewhat of a track record for being shunned by society. But photographer Katarzyna Majak's project looks to change that.

Before exploring the topic, Majak, like many, only thought witches to be the magical figures depicted by the media on Halloween. Having grown up in a Catholic household like most Polish people, she wasn't familiar with other forms of spirituality until she began to feel limited by what Catholic tenants meant for women's roles. Wanting to find a kind of spirituality that empowered women instead of subduing them, Majak sought out the whisperers, witches, and healers of her country who did not fit into the mold of a traditional "Polish mother."

What she found became her "Women in Power" series, which features photographs and interviews with these women who approach spirituality with an empowered mindset. The subjects are photographed against a simple gray backdrop, focusing the attention on the women and their unique characteristics. The portaits seem to emphasize the notion that these women stand out in their liberations, and instead of adhering to the traditional norms of Poland, they decided to pursue their own freedom and agency in their spirituality.

"I show women live examples of empowerment, women who live their own lives and follow their own paths, and are courageous enough to show their faces, with the hope that this will empower others. These are women who know who they are: They are their own queens," Majak says of her subjects. "I talk about the witch archetype present in all women, if only they open up to it. The witch is a woman who knows, trusts her intuition, is connected to the birth-death-rebirth nature, and cherishes her strength. I hope to help women reconnect with their female lines, other women, to be daring. To grow."

The witches' art and traditions seek to regain what is often taken from women by society, like their sexuality, agency, and dignity. Through their individual spiritualities, they practice self-love, and Majak's project demonstrates the beauty of these empowered women who carve their own path.

Bea, "The One who Listens to the Woods."

Kasia Emilia, "The One who Is."