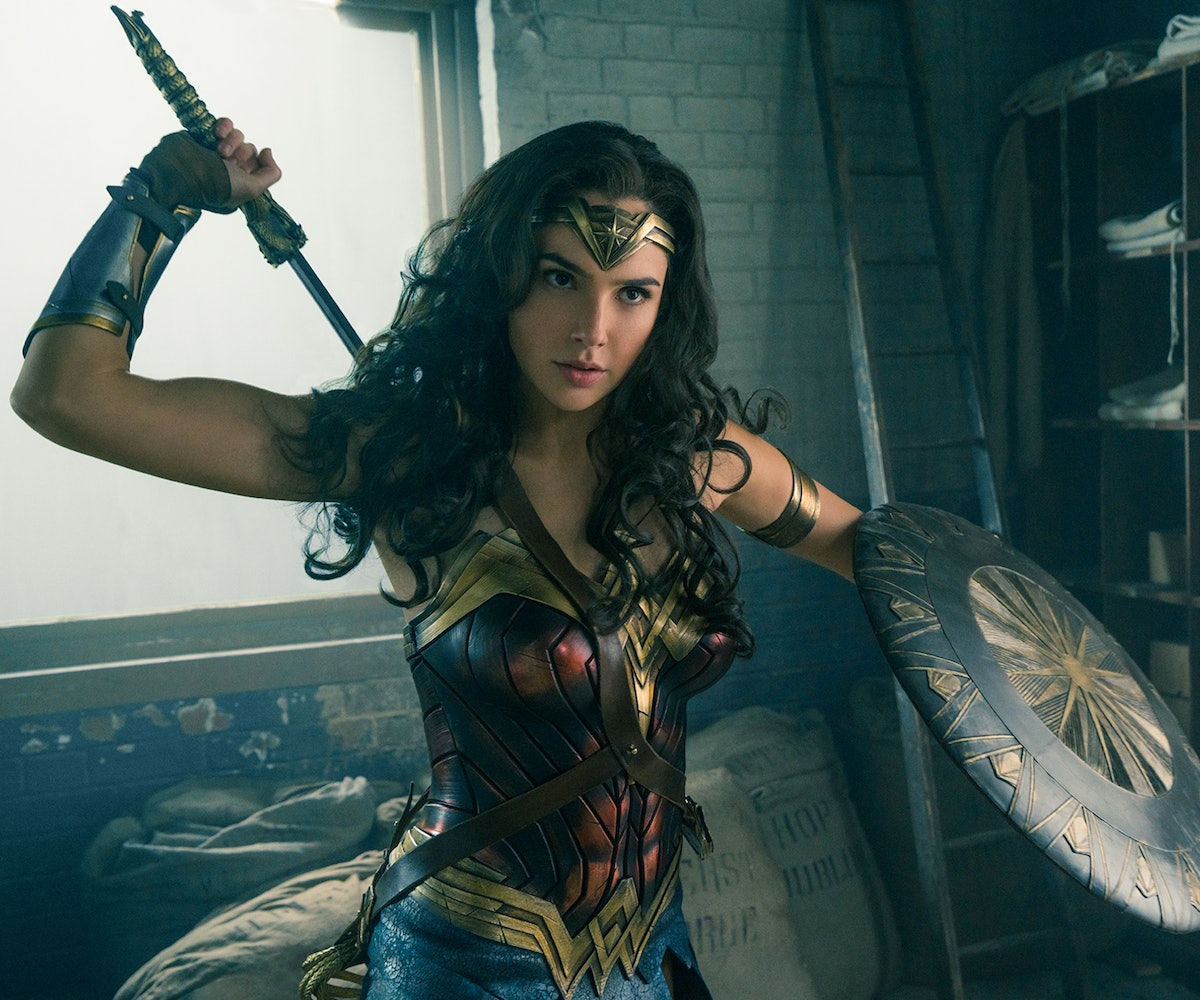 Wonder Woman—like most powerful women—has had to wait her turn. While the first Superman movie was released in 1951, and there have been countless since, Wonder Woman is just now getting her own film, in 2017. We might not get our first woman president, but we get the new Wonder Woman, so why can't men just let us have this?

When an Austin movie theater, Alamo Drafthouse, announced on their Facebook page that they would be holding a women-only screening of the film, a lot of grown men felt very personally attacked. It must be the first time they've ever faced any kind of injustice because the reactions were extreme.

"I hope someone sues," one man named Ryan seriously wrote. "This is discrimination based on sex."

And then, of course, there was some dude at the ready with the 'ol "Can you imagine if men did this?!"

We can, actually, sir, because men have been leaving women out of things since the dawn of time. For instance, women weren't allowed to enter the workforce until 1920. And until 1974, women weren't allowed to get their own credit cards. So imagining a world where men discriminate against women because of sex is not that hard. It requires simply waking up, and going outside.

"Imagine the shitstorm if there was any male only showing of anything," a man, Tony, angrily slapped at his keyboard. "Or a private showing for a specific race or sexual orientation...Nah, it's SJW (social justice warrior) approved."

Fortunately, the Alamo Drafthouse finds the fragility of masculinity as hilarious as we do, and responded to Tony by saying, "We're actually still waiting on our SJW certification of this event, but crossing our fingers!"

When another upset man named Bill asked the Drafthouse if they've ever held a men-only screening, the theater said they'd never had a showing where you had to be a man to get in, "but we *did* show the Entourage movie a few years ago."

There are even some men "threatening" to come dressed as women or saying they will "identify as women" to get in. "Thanks for the money!" Drafthouse replied.

Another guy, Jake, called the gimmick "stupid" because the "theaters won't even be filled by a quarter." Jake, we're half the population, and also, the screening is sold out.

Since the event is such a success—despite what Ryan, Tony, Bill, and Jake think—the theater has decided to hold more women-only showings.

"That providing an experience where women truly reign supreme has incurred the wrath of trolls only serves to deepen our belief that we're doing something right," Alamo Drafthouse's creative director, Morgan Hendrix, said in a statement. "As a result, we will be expanding this program across the country and inviting women everywhere to join us as we celebrate this iconic superheroine in our theaters."

Not only will there be more women-only showings at other Drafthouse locations, but according to Mashable, the Dallas, Austin, and D.C. locations will donate the proceeds to local women's charities.

And for all the trolls who want to organize a private douche-only screening, knock yourselves out.