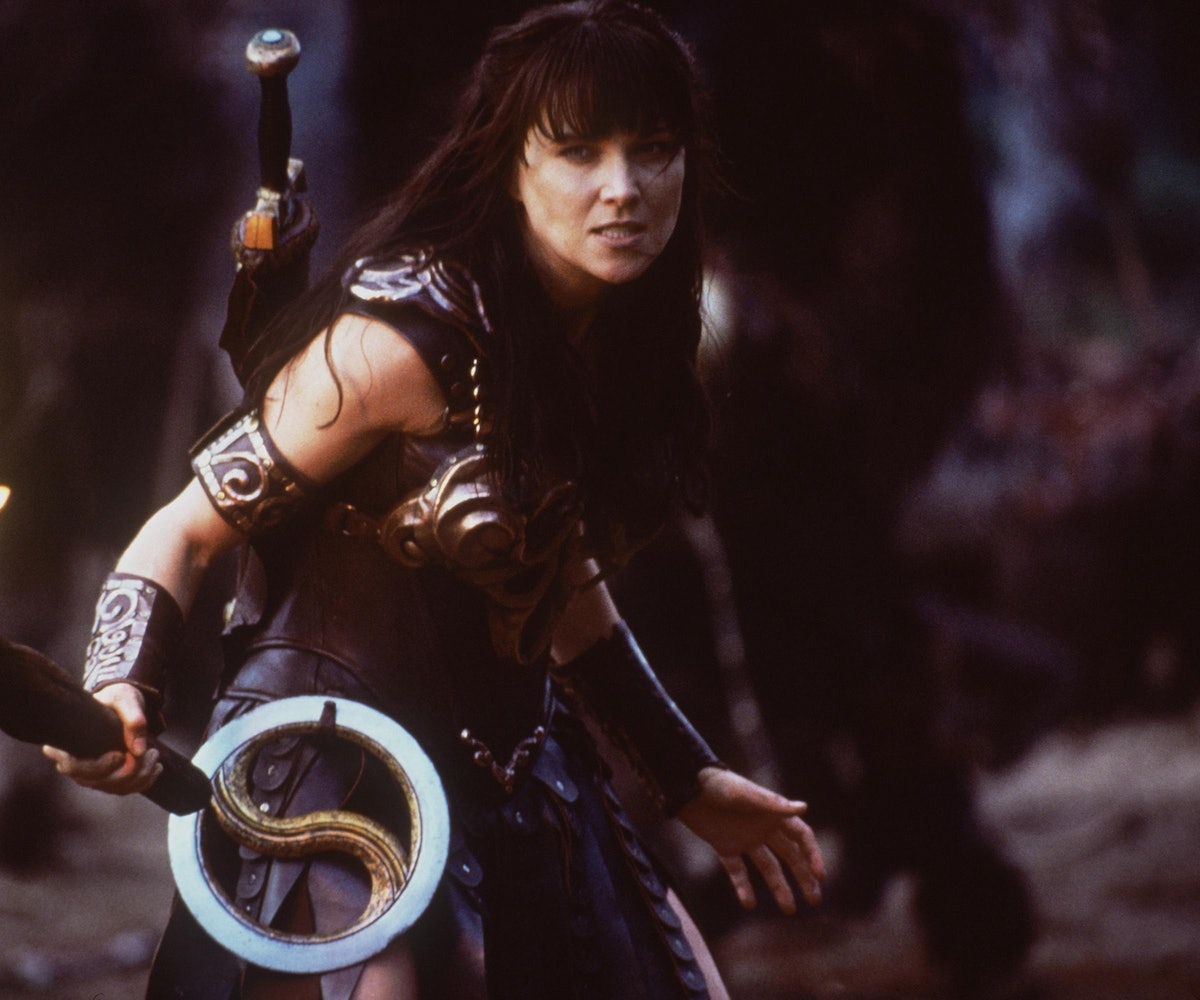 Yep, Xena is coming back, and although the reboot is still in the early stages of development (sigh, this seems to be a phrase we're uttering all too often as of late), it looks like some interesting news has arisen. The script's writer, Javier Grillo-Marxuach, says that the show will encompass all the themes we know and love, like bravery and kicking ass, but will also do so in a way that no longer minces words when it comes to the topic of LGBT themes.

He spoke on Tumblr, saying, "there is no reason to bring back xena if it is not there for the purpose of fully exploring a relationship that could only be shown subtextually in first-run syndication in the 1990s. it will also express my view of the world - which is only further informed by what is happening right now - and is not too difficult to know what that is if you do some digging."

That not-so-subtle hint alludes to the friendship on the show between Xena and Gabrielle which always carried subtext and, since that subtext was never fully realized, spawned legions of fanfic to write the stories the show's writers were afraid to. "Their relationship IS the show for me and it will be explored in ways it could not in the 90s," Grillo-Marxuach wrote on Twitter. Of course, it will also still contain, according to him, the "courage and redemption and sword fighting and the greater good as well. also, ancient greece."