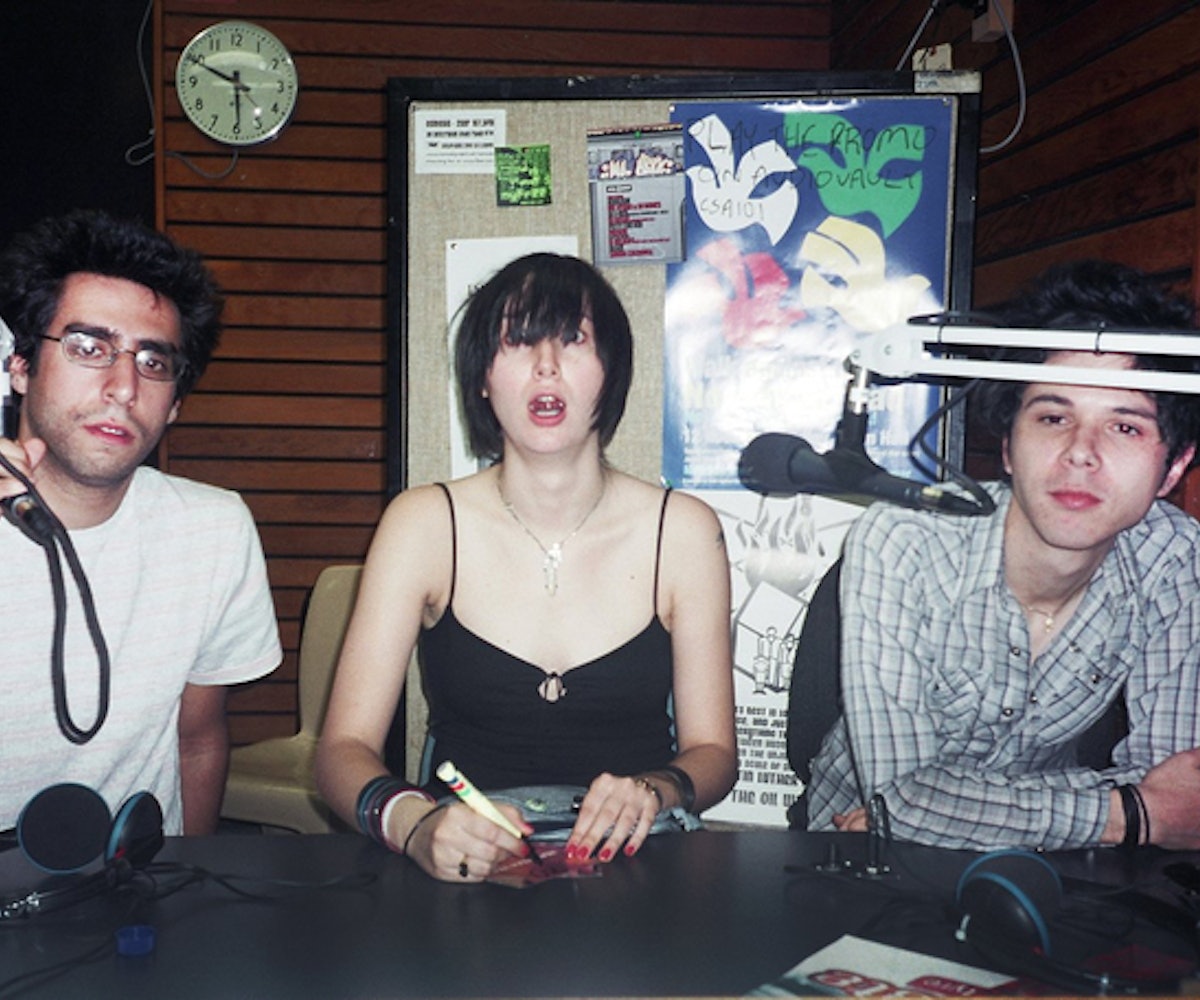 The Yeah Yeah Yeahs are the last vestige of true New York City rock. When they say they put blood, sweat, and tears into all they do, you know they mean it. Karen O is a goddamn rockstar and her bandmates, Nick Zinner and Brian Chase, understand the beautiful chaos of live shows.

The last we really heard from them was following the release of Beyoncé's Lemonade album, in which Ezra Koenig defended the use of the lyric "they don't love you like I love you" in "Hold Up." That same lyric, if you recall, is the chorus in the YYY's song "Maps." (The band does, indeed, share a writing credit on Bey's song and have nothing but words of love for it and the team behind it.) In a certainly unexpected turn of events, though, the band is now reissuing its debut album—yes, the one with "Maps"—along with previously unheard demos and rarities, like "Shake It" below.

Fever to Tell dropped in April of 2003 and catapulted the New York City trio to fame. You can practically feel the perspiration of grungey underground shows in songs like "Rich," "Date With the Night," and "Y Control." Fever to Tell is a legendary rock album and will now, finally, get its due on vinyl. (A press release from the band says peer pressure from a friend is to thank for this forthcoming gift.)

In addition to the vinyl pressing and remastered LPs, the Yeah Yeah Yeahs will be releasing "a mini-film documenting our near downfall and other fun memorabilia, from the turn of the century NYC." Slip on your fishnets, smoke your eyeshadow out, dab on some glitter, and throw your leather jacket around your shoulders, friends. You've got one hell of a date with the night once these 2,000 limited-edition, stocking-wrapped box sets are released on October 20. Pre-orders are, of course, available here.