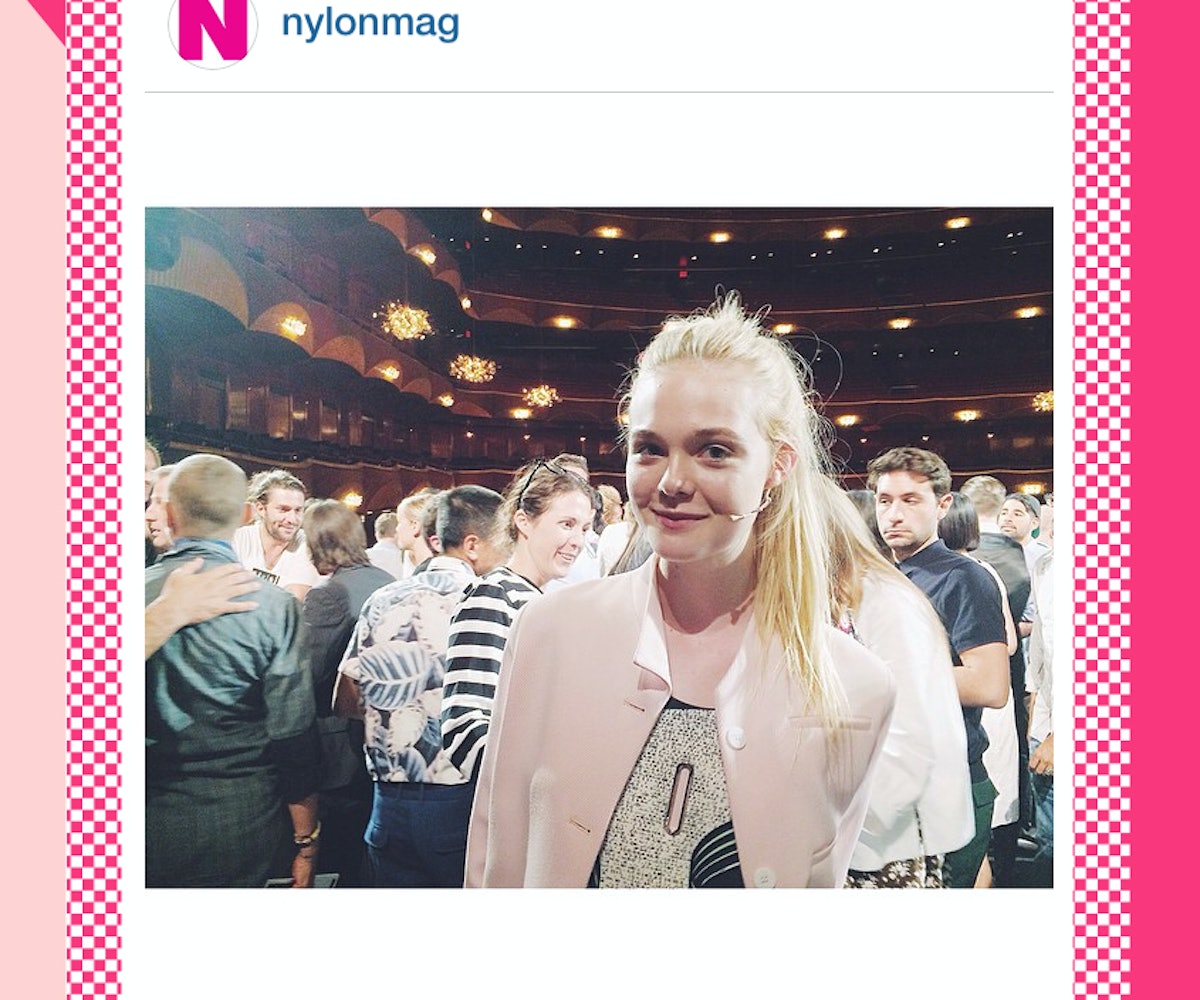 It was Day 4 of New York Fashion Week. I was exhausted, dehydrated, incredibly hungry, and unbelievably delirious. I had just gotten out of Opening Ceremony's 100% Lost Cotton—a one-act play in substitute of the typical fashion show. Just about everyone you ever dreamed of meeting was there—Mindy Kaling, Jason Schwartzman, Spike Jonze, Karlie Kloss, Jonah Hill, Kim Gordon, Chloë Sevigny, and the play's stars, Dree Hemingway and Elle Fanning—and everyone was hanging out on stage after the performance. Doing my due diligence as a NYLON.com-ee, I snapped a few (okay, a lot) of pics. One of the cutest ones (not surprisingly) was of Elle. So on my way out, I edited the photo and prepared to Instagram.

*At this point, I should mention that I almost physically ran into Elle's sister, Dakota, at this time. Editing and walking is dangerous, so please think twice before doing so. Edit responsibly.

I met up with our Fashion Assistant, Marissa Smith, and we sat outside Lincoln Center trying to figure out where to eat. (Remember: "Incredibly hungry.") It was at that time that I sent the Instagram through from NYLON's account. I then signed out and logged into my own to double-Insta. A minute later, I found that I had written, "Mega cutie Dakota Fanning post-@openingceremony performance." I felt the wrath of the Instagram gods and social media users everywhere. "UMM...THAT'S ELLE, NOT DAKOTA," "God @nylonmag, way to screw this one up"...I felt as if 1000 Spartan soldiers were charging at me. I rushed to sign out of my own account, back into NYLON's, delete the post, and repost with the correct name. It was easily the most anxiety I've ever felt in my life (and the greatest adrenaline rush).

If Instagram had allowed users to edit captions, this would have never happened. But now, they are. So next time I make a massive social media faux pas, I can hop in, hit edit, and all will be well. And nothing as tragic as this will ever happen again...

*Puts out milk and cookies to the goddesses of the Internet.