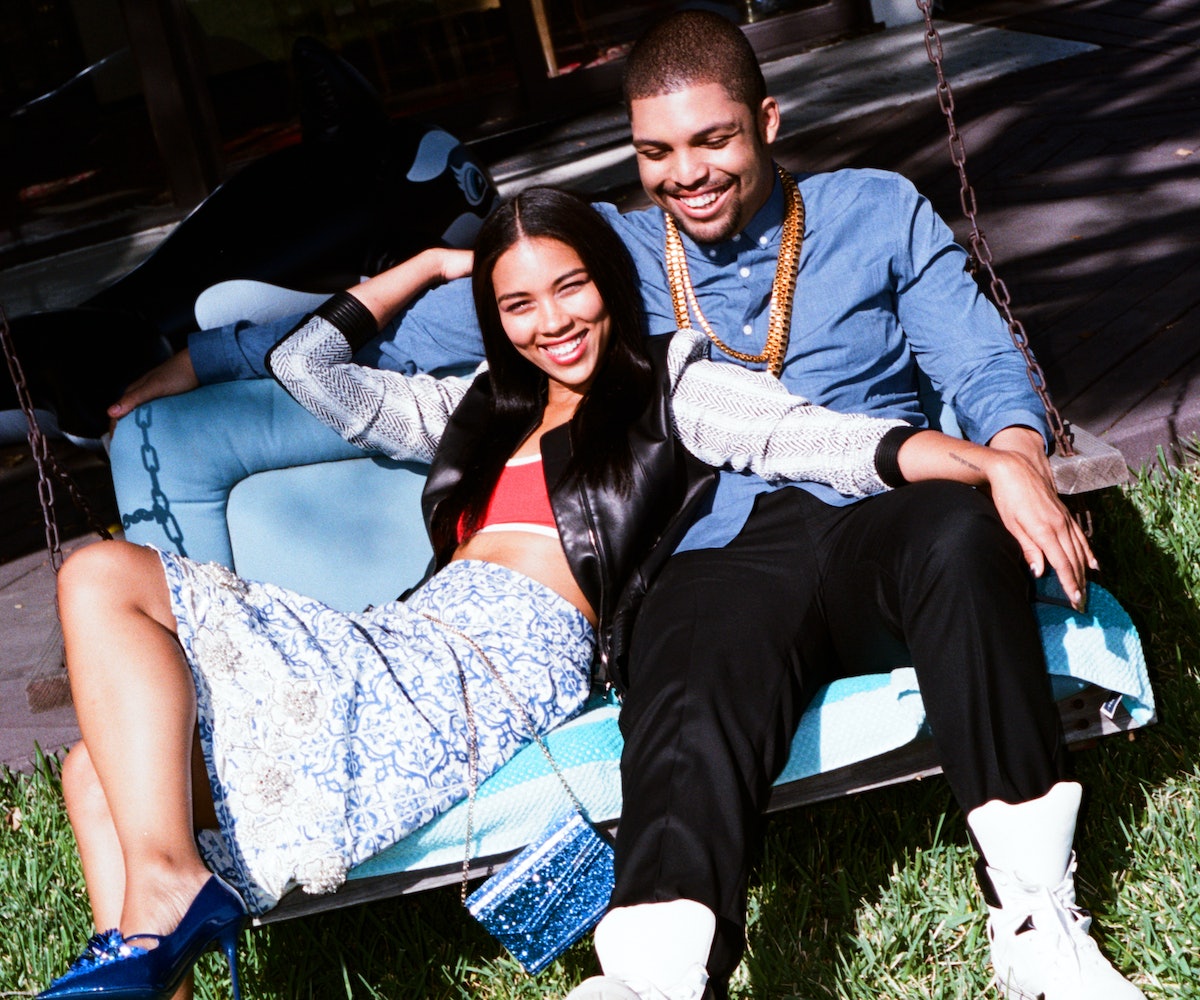 Alexandra Shipp, 23, is quickly becoming Hollywood’s go-to girl for roles with high—perhaps unrealistically high—expectations. She played Aaliyah in last year’s Lifetime biopic of the late singer, and this summer you’ll see her as Ice Cube’s wife, Kim Woodruff, in Straight Outta Compton. And next year, Shipp will replace Halle Berry as Storm in the blockbuster X-Men franchise.

I was the only girl in my family, and I wasn’t good at sports.

My parents had to find some way to get out all the energy I had. The progress throughout my career has been pretty natural—but calculated in a way, too. When I was younger I was just having a fun time—Alvin and the Chipmunks and all that— just enjoying myself. Now I’m really focusing on my craft, working with my coach, learning to develop characters instead of just enveloping them. Everybody has an idea of how famous people should be played, whether it’s Aaliyah or Kim, or even Storm. When it comes to such huge icons, it’s impossible to live up to every expectation. In the end, it’s just my portrayal.

He’s a musician, so he’d know the music even if it wasn’t his dad’s. N.W.A is so fundamental to American history—on set, you really felt submerged in the music and the moment.

I’m hopping into the studio right after I finish filming X-Men.

There’s nothing I love more than pouring out my heart over a guitar or a piano.

I would love to work my philanthropic muscle.

I want to pitch in however I can on behalf of children, or helping to make sure people have equal access to health benefits. I’m happy with where I am, but I think I have a lot more to prove.

Of all the things O’Shea Jackson Jr. inherited from his famous father, Ice Cube, hoops fandom might be most important: “I was a Laker fan when I woke up for the first time,” he tells me, “and I’ll be a Laker fan when I close my eyes for the last time.” Slated to play his dad in the upcoming N.W.A movie Straight Outta Compton, 24-year-old Jackson is a prime candidate for young Hollywood’s Rookie of the Year.

Movies have always been my thing.

I went to school for screenwriting, so writing and movies are my first loves. I have so many of my father’s traits already in me, so I had to learn not to try to act like him—just let it flow and be natural. I think I got there. I’ve been on sets my whole life, but it felt good to be on the other side of things. Like, people were running to get me water. It was crazy.

Music is all about staying true to yourself.

Because of my father, people expect me to rap about certain things or in a certain way, but I have to do it my own way. There’s no chance people won’t like it.

I’m always working on something.

I know times are hard, with all the tensions between cities and law enforcement. What I really want people to take away from the movie is the giant change that N.W.A were able to make. What they rapped about was just a reflection of what they saw every day—but all through nonviolent protest. That can go a long way. You’ve always gotta think a little bit bigger. And I’m trying to build this empire that my dad started: music, movies, any kind of venture.