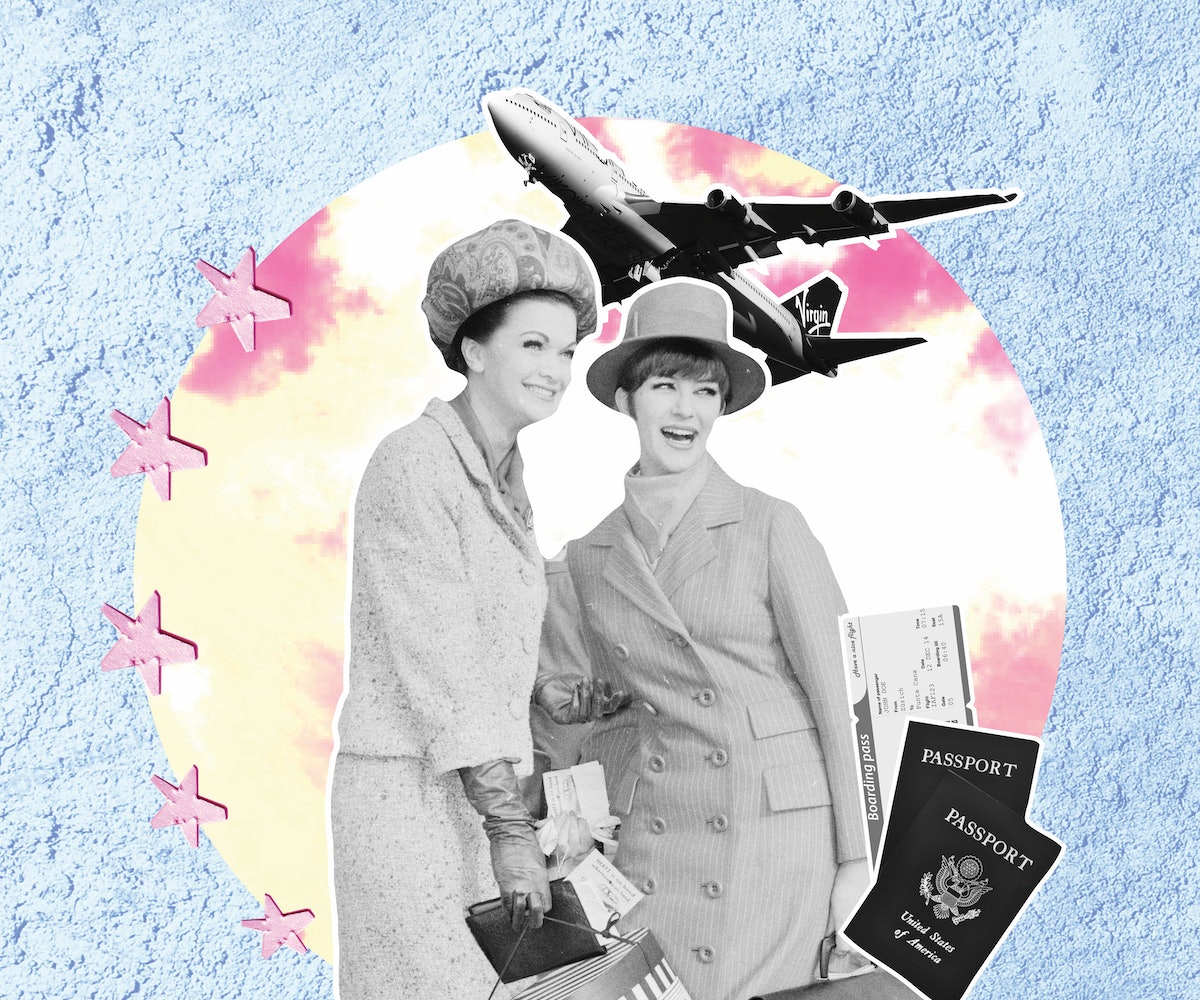 Going to the airport tends to suck. We arrive on a wave of anxiety because we’re already late. The traffic getting in was a nightmare except it was real. Your luggage exceeds the maximum weight, so you have to pay a fine. The security line is so long and so slow that you might miss your flight (you probably won’t). The food is expensive and doesn’t taste as good as it does in the real world. Oh, and your flight is delayed. That is the airport if it were a horror movie, a place so god-awful that we might as well cancel the trip.

But that is not the airport in reality. The airport, in real life, is a whirring cosmopolitan hub filled with strangers from opposite sides of the globe, brought together for a brief moment in time before they take off to a faraway destination and go on with the rest of their lives. That might sound grandiose, but the point we're trying to make is airports are fucking awesome places and hanging out in them can be the best. Here’s how not take your time at the airport for granted.

As people travel more and more, airports are increasingly becoming cultural and entertainment centers. It would be tragic if you found yourself at the Incheon International Airport in Seoul and missed the indoor skating rink, or if you totally blew it and didn't use the yoga rooms at San Francisco International. Know your airports!

Pack as little as possible

This might be hard to avoid if you’re going on a long trip, but the convenience of not checking a bag will lift a big psychological burden off of you and make your time at the airport more chill. And when you land, you’ll practically glide past all those suckers standing around at baggage claim. You win.

The earlier you get there, the less stressed you’ll be and the more time you’ll have to catch that elusive pre-flight buzz.

Check in before you arrive

Airlines are committed to making checking in for your flight as convenient as possible. They’ll send you reminder emails 24 hours before departure, and most have apps nowadays that'll let you do it from your phone. And if you don’t have a printer for your boarding pass, they’ll either text them or email them to you. Technology! Now that you don’t have to check in or check a bag, the only thing standing between yourself and paradise is a full body scan. NBD.

Leave all drugs and weapons at home

Security will go way smoother and the TSA folk will be much nicer if you follow this advice.

Know where your gate is

You’ve made it through security, ideally with two hours to spare. That way you’ll have time to explore, relax, drink, chill, shop, strike up a conversation, whatever. But before you do any of that, know where your gate is because some airports are huge and running to catch your flight—especially when you’ve made the effort to arrive early—isn’t cute.

Before you make a plan, know what your options are. There is no worse feeling than sidling up to a really dope airport bar, only to realize, when it’s too late, that there’s an even doper airport bar at the other end of the terminal.

There was a time when eating at the airport meant grabbing an overpriced pre-made turkey wrap that was all wrap and no turkey. But today, major airports are coming more and more correct in the food department. If you had told the thousands of people that lined up daily for a cheeseburger during Shake Shack’s early days that today there’s one at LaGuardia and it’s almost always empty, they wouldn’t have believed you. Well, it’s true, and it never stops being amazing. Meanwhile, websites like Eater unironically devote entire stories to the best airport food, and it’s even becoming a thing for Michelin-starred chefs to open restaurants inside terminals. This is a positive thing.

Eat whatever the hell you want

There’s a good chance you’re either on vacation or traveling for work, so calories don’t count and money is not an issue. When those two facts collide, it’s a beautiful thing.

We know, we know. They’re still totally relevant and rad. But if you’re being totally honest with yourself, how often do you actually buy one? There is no better opportunity to cop the latest issue of NYLON (Wait, you don’t subscribe? You should totally subscribe) than at the airport. Waiting for a plane—or better yet, flying on one—is an ideal setting for reacquainting yourself with the medium known as print journalism.

Hang out at the airport bar

This entry is enough to justify this entire post because airport bars are just the best. The drinks are wildly overpriced and the food is often mediocre, but drinking was basically invented to pass the time, which is the only thing you’re doing at the airport. Also, did you know that if you drink enough you eventually start to feel good? True story. Here’s a list of the best (read: fanciest) airport bars from around the world courtesy of Travel + Leisure, but if it were up to us, every airport bar in the world would be on a list of the best airport bars. That is how much we care for them.

The low-key best part about airports is that there are charging stations and outlets everywhere. We're addicts who need our juice, and the benevolent airport gods have shown mercy to us all.

You'll rarely see a greater cross-section of humanity than at an airport. Families off to Disneyland eat next to wanderlust-stricken adventurers headed to some remote part of the world. That dude checking his phone is actually on his way to San Francisco to try and win back his girlfriend. And see that couple by the Starbucks? They're hoping a trip to Paris will save their marriage (they're wrong). Basically, everyone at the airport has a reason to be there and guessing why is part of the fun. And if you can't guess, just make something up!

Guys, airplanes are awesome, and the airport is full of them. Grab a seat by the huge windows overlooking the tarmac, stare out at those mammoth hunks of metal shooting off into and coming down from the sky, and contemplate how far we've come as a human race. Your ancestors' minds would be BLOWN.

Shop at the duty-free

You know this already but consider this a friendly reminder.

Wait until the last minute to board

Not only will you spend less time on a cramped plane, but if you wait long enough they'll announce your name on the PA system, which is a total hoot.

Traveling is the best, and if you're at the airport it means you're doing it. Be happy!

NEXT UP
Culture
Scream 6 Trailer Brings The Nightmare To New York
Astrology
Get To Know Aquarius, The Certified Freak Of The Zodiac
Fashion
Jenna Ortega Is The Face Of Adidas’ Newest Line
Culture
Marie Faustin Loves To Waste Men’s Time
Style + Culture, delivered straight to your inbox.