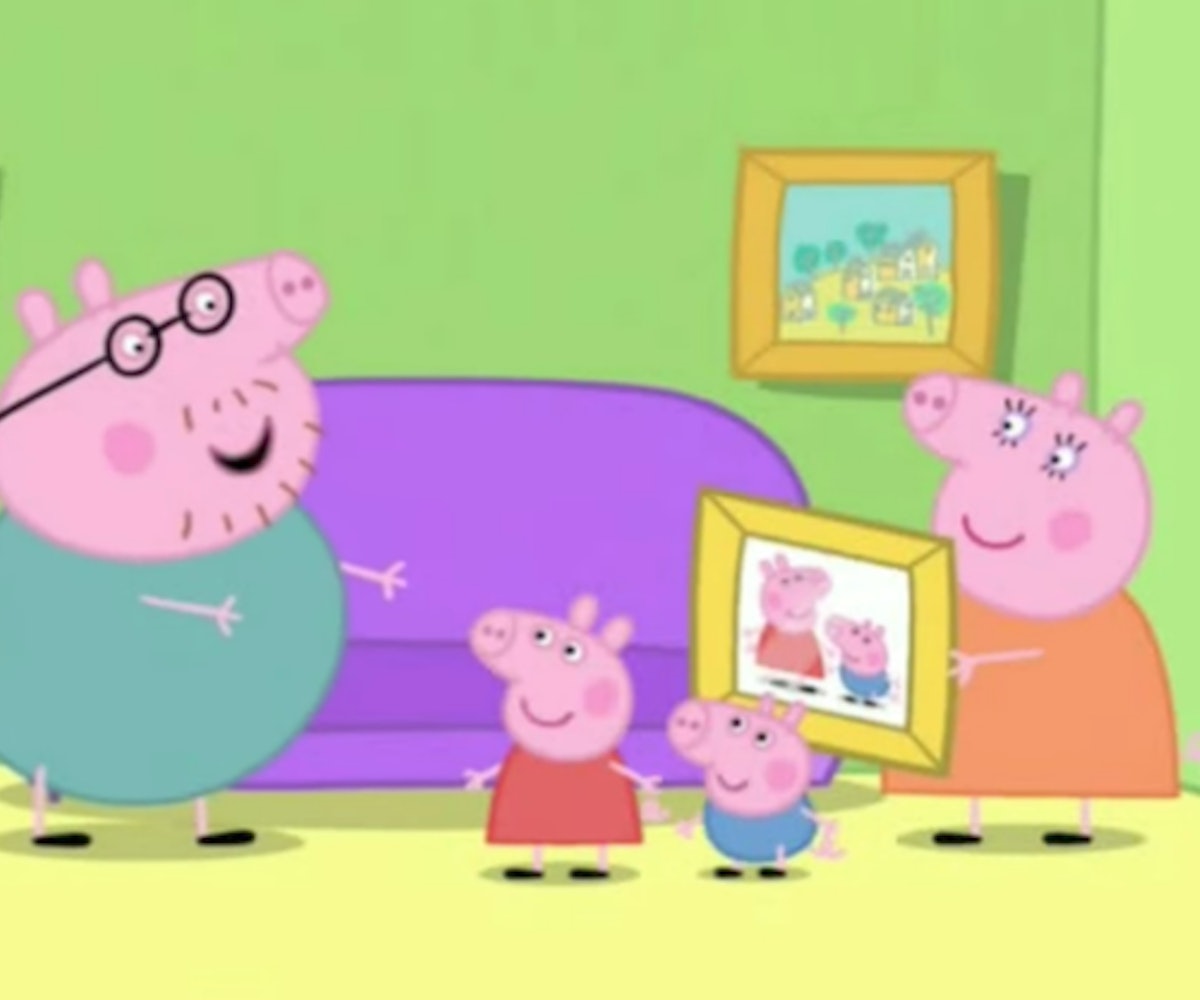 Seen an awful lot of Peppa Pig in your news feed lately? Apparently, violent and disturbing bootleg versions of super-popular kids' cartoon shows—especially those of the aforementioned pig—are autoplaying on YouTube's special app designed just for children, and parents are taking a stand.

Although weird, dubbed versions of beloved cartoons aren't exactly uncommon, it is extremely upsetting for parents and children alike when such videos sneak through the filters and algorithms of a site designed to prevent children from accessing that kind of content. This problem has also been going on for months, if not longer, and only now is the platform really stepping up to address the problem.

On The Outline earlier this year, writer Laura June recounted her own daughter's encounter with these strange videos and explores how they intentionally play on children's worst fears. These aren't the kinds of fake, funny versions of old cartoons that are made to make adults laugh that have accidentally made their way to YouTube Kids. In one of these videos, fake Peppa Pig goes on a horrific trip to the dentist and encounters enormous hypodermic needles and other instruments of torture. A bootleg version of Doc McStuffins shows graphic broken bones, screaming, crying, more giant hypodermic needles, and people turning into zombies.

How many of these things were your fears as a child? The answer is likely... all of them.

The most disturbing part, June says, is that these kinds of videos are so effective at upsetting children because little kids are too young to know it's not the real version of their favorite show. She writes:

The weird thing, of course, is that my daughter who, again, is 3, is a perfect audience for this kind of copyright infringement, specifically because she doesn’t know that this is not really Peppa or Doc: She is fooled in exactly the way that whoever made this wanted her to be. My recourse, of course, is to report the videos. And to be clear, these videos do seem to be made to confuse children, meaning that kids are somehow, inexplicably, their target audience. This is not like a video of an animated Peppa Pig getting high with Snoop Dogg (that is also available) made for adults to laugh at. These videos are for kids, intentionally injected into the stream via confusing tags, for them to watch instead of legit episodes of beloved shows. Presumably made for ad revenue, they’re just slightly twisted enough that any parent with eyes will be upset when they realize what their kid is seeing.

June also goes on to talk about the safety zone children's programming provides kids and parents. She explains, "...the real Doc McStuffins is a known entity. It’s made by Disney. I know what we’re getting from it. Though I usually watch the episodes with my daughter, I don’t have to hang on every word in case something upsetting happens."

So, what is YouTube doing about this problem? Earlier this month, YouTube Kids rolled out new controls for the app that should help weed out more of these creepy videos from filtering through. The post doesn't directly address the Peppa problem, but it does acknowledge that although the site's systems are designed to keep mature content away from kids, it isn't perfect.

Parents are still encouraged to flag inappropriate content for review, and vigilance is ultimately their responsibility. However, parents remain unsure if these control will really go far enough. As June noted, it's the parent's job to screen content, but the reason we have kid's programming is to be reasonably assured that, by and large, kids are watching things that are safe and age-appropriate, because parents also need to do things like cook dinner and shower and go to the bathroom, and, sometimes, children's programming can help them do that more easily.

Another issue is that these new controls haven't been rolled out globally, or even that far beyond the United States: For example, they are not available in Canada or Europe, which is a huge swathe of the YouTube viewing population. So it looks like the Peppa problem hasn't really been solved, and, sadly, many parents still have to worry and keep an eye out to make sure that the Peppa on the screen is the real deal. Because, you know, parents don't already have enough to do as it is.