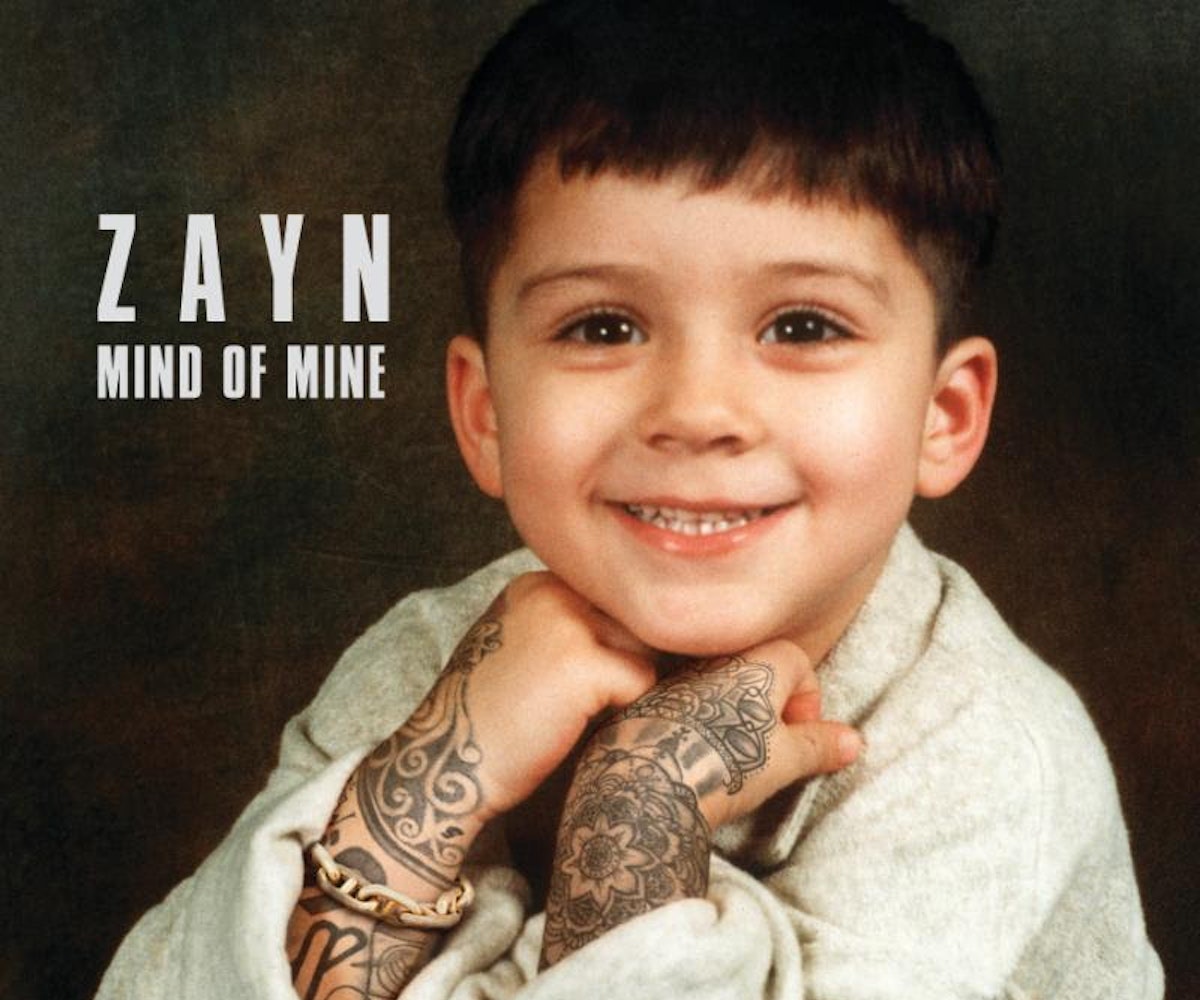 When Zayn Malik abruptly announced that he was leaving One Direction, a year ago today, Directioners everywhere were absolutely devastated. Still, Malik managed to move on and live his own life the way he always intended to. He stepped out of the shadows and into the glaring sun with no fear about how he might get burned in the process. Even though it has only been a few months since he started sharing some of his new material, it feels like we have all been waiting on hand and foot for the release of his debut solo album. Now, that day is finally here.

The world watched as the pieces slowly came together (with producer Malay's helping hand), but continued to wonder what would happen next. Would Malik's music live up to the hype? Would he succeed in his task of being a breakout star? Could he be forgiven for the damage he caused? I always believed that he had the potential to be a solo star, oftentimes comparing him to Justin Timberlake, but realized that I was making premature calls since there wasn't enough evidence to judge him on yet. Would he be more contemporary R&B and less pop? There was only one way to find out.

While Mind of Mine doesn't quite answer all of these questions, it offers some thoughtful resolutions. For the record, it should be known that looking at the song titles was incredibly irritating—between the misspelling of words and the alternating uppercase/lowercase letters, it's a living hell for AP Style trained journalists—but actually listening to all 14 tracks was a far more enjoyable experience. Mind of Mine opens dramatically with the short "MiNd Of MiNdd" intro before rolling into lead singles "PiLlOwT4lK," "iTs YoU" and "BeFoUr." These songs, in particular, depict a more playful side of Malik that you would expect, coming from a 23-year-old. He tells you exactly what is going on in his troubled mind.

What really sets him apart from other singers, though, is the way that he goes about saying things—the manner in which he speaks adds another flavor to the mix. Sometimes, his smooth dialect fluctuates to shakiness and his words get tripped up and slurred together. (You can hear it in "lUcOzAdE," which sounds like a night out gone wrong with Mike Posner at the club.) You will notice that a handful of tracks are marked with the explicit label—clearly, Malik is not fucking around anymore.

"sHe" and "BoRdErSz" are the type of songs that position women as the objects of his desire, but you can imagine him begging on his knees as he pleads for their attention. Like most artists these days (and around his age), "dRuNk" captures the singer recounting feeling lovesick while faded and intoxicated. It's actually a beautiful slow ballad full of phrases you'd expect to hear on a drunk dial from the ghosts of fuccbois past. The real question is, would you rather be hung up on someone or hungover? The standout track is "fLoWer," which marks an intermission on the record. His vocals are raw and haunting as he sings in Urdu while strumming an acoustic guitar. "rEaR vIeW" is more upbeat as Malik presents himself as an eligible companion, but can honestly be skipped.

"wRoNg" is the only song with a credited feature, but having Kehlani on the duet enhances its quality. Not only does she crank up the heat, but she complements Malik's level of sensuality. "fOoL fOr YoU" comes out of nowhere with a piano ballad that belongs in the late '80s, but it shows a mature side of Malik as he challenges his vocal range. "tRuTh" is another slow jam with Malik breathing hot and heavy on the mic. Malik is most assertive on "TiO" as he instructs you to "take it off" because you're a freak like him that turns him on. In all honesty, it sounds like a scrapped song, written by The Weeknd, that was disposed of in the rubbish bin. That said, I never pressed pause. When asked if this was a sex album, you could feel Malik shrug it off. To answer the question, it's not intentional, but if that is the result of your listening experience then so be it.

The deluxe edition versions of Mind of Mine include four bonus tracks that are stronger than some of the standard songs, which rounds it out to a total of 20 songs. ("BLUE" and "LIKE I WOULD" will hit you right in the feels.) After listening to the entire album, I personally feel like I have a much better understanding of who Malik is as both a person and an artist. Mind of Mine is a new beginning for him, and with this opportunity, he has taken the time to create music that is an authentic representation of the artist he truly, deeply wants to be. Malik is an open book of vulnerability—expect the next chapter of his life to be just as satisfying as its predecessor.

Mind of Mine is available to purchase now on Apple Music. A special deluxe exclusive version is available at Target. Stream the album on Spotify, below.