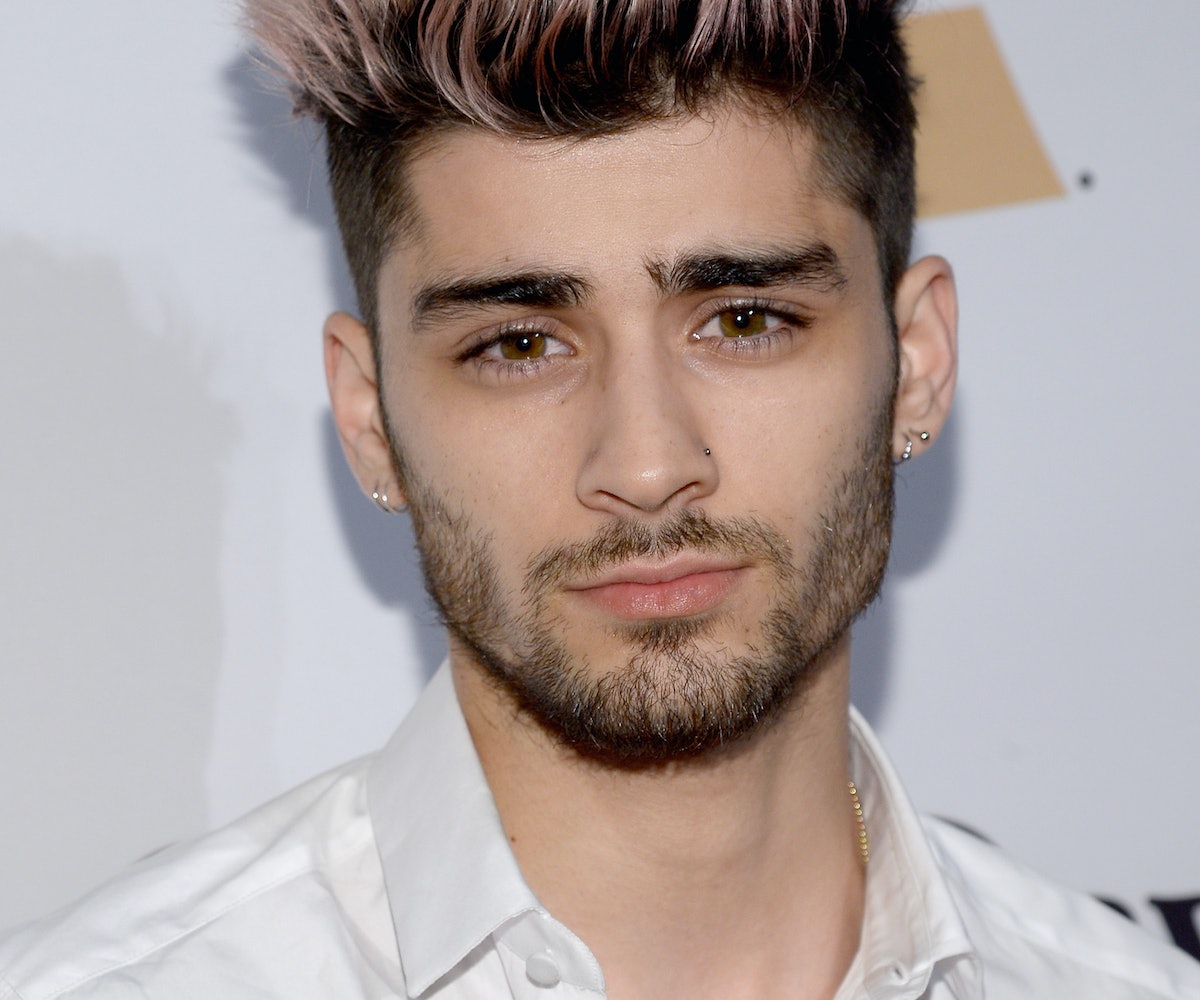 Last night, Zayn Malik took a page out of Kanye West's book by going on a very strange, very intriguing Twitter rant. In the span of five tweets, he implored followers—presumably, those who were shaming Kim Kardashian West over her "#liberated" naked selfie last week—to open their minds. True to Kanye's art form, Zayn sent vague commands to his followers without thoroughly explaining himself, instead adding in multiple ellipses for dramatic pauses and to leave room for interpretation.

Obviously, this sent fans into a whirlwind of confusion over what he really meant. Is he anti-naked selfie? Or does he just like an unbound brain, too? Also, does Zayn even have time to read books?

The singer attempted to clear the air by retweeting select responses, including "LOVE as in learn to love how ppl express themselves." We'll take that to mean he was throwing shade at those who are unable to accept nudity as a form of self-expression. He then peaced out with "Laters people this shits exhausting!"

We feel you Zayn.