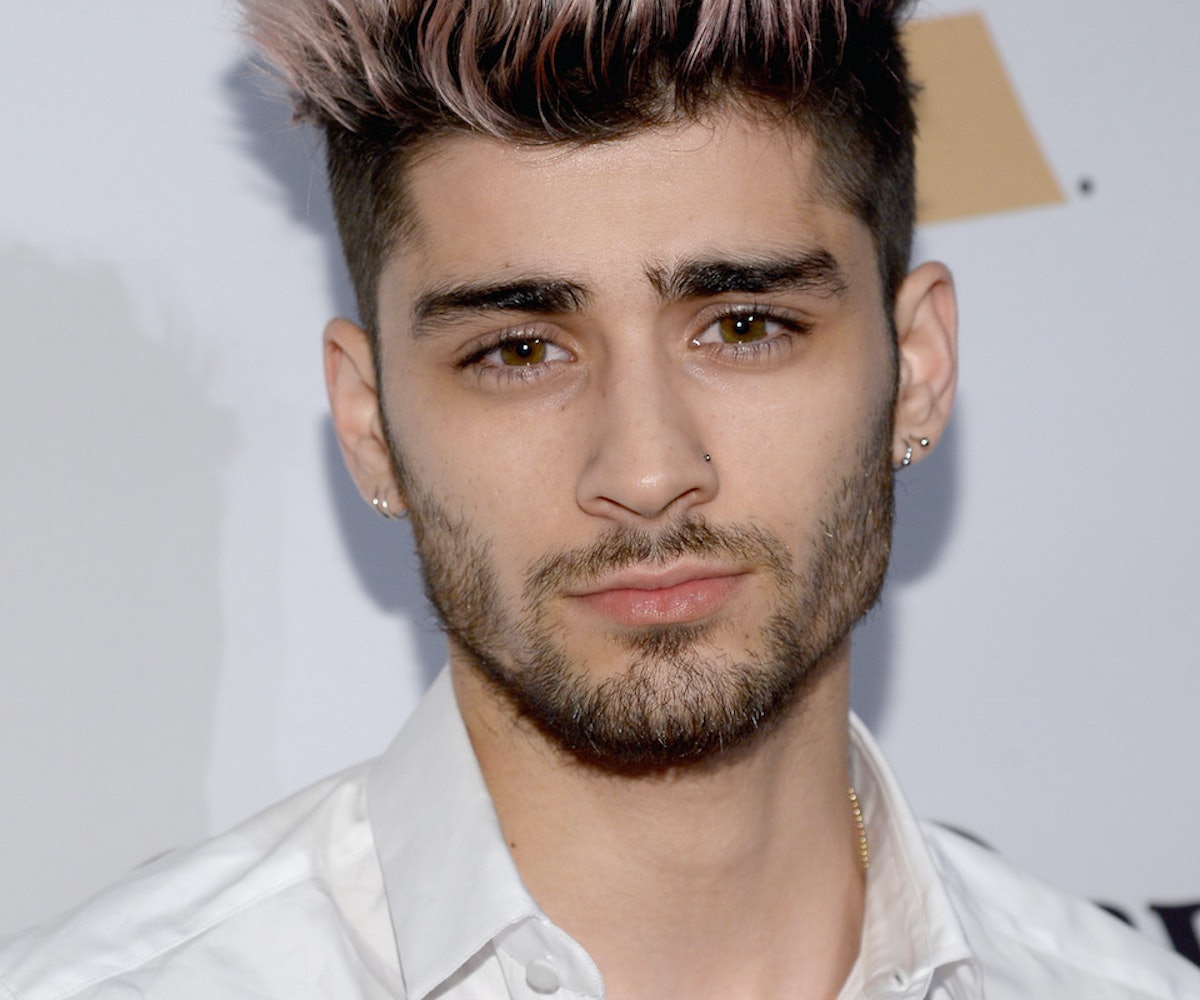 Even when he was still in One Direction, Zayn Malik never really hid his discomfort about being in the world’s most popular boy band. He always had a way of letting you know that 1D fit him like a pair of bowling shoes—the right size but not the right feel. Now, in the same week that will see the release of his first post-One Direction album, Mind of Mine, the young man who broke millions of Directioners' hearts when he split the group is spilling a few beans about what made the band such a poor fit for him.

In the cover story for the April/May issue of Complex, Malik told writer Joe la Puma about some of the things he couldn’t do in 1D. “There were certain restrictions in terms of the way that we could come outside of that young teen boy look.” And what were these “restrictions”? “Mainly my beard, honestly,” he told la Puma. “I wasn’t allowed to keep it. Eventually, when I got older, I rebelled against it, and decided to keep it anyway. That was just because I looked older than the rest of them.” He continued, “I also wanted to dye my hair when I was in the band, but I wasn’t allowed to.”

We know, we know—it doesn’t sound like much. Indeed, most of us would pay these minor prices to make bank while millions screamed our names. But, as Malik tells Complex, “being real” is more important to him than “being successful.” And there’s something to that. Imagine if anyone—your parents, your management team, your employer—cut you off from doing all the sometimes wonderfully self-expressive, the sometimes wonderfully stupid things you wanted to do when you were in your late teens and early twenties. If you were just a bit more independently minded than the average bear, it might have driven you a bit crazy (as seems to be the case with Malik). It also might make you look like a sad puppy all the time (as also seems to be the case with Malik).

As Malik says in the same interview, struggling with “authenticity” ended up, “as the main factor of me leaving in the end. It was about denying the authenticity of who I was, and what I enjoyed about music, and why I got into it. That was always there. It was one of the things that wasn’t going to go away, so I had to go away.” But, surprisingly, he doesn’t want to look like the angry or mopey former bandmate a lot of us assume he is. “No one can ever say I was ungrateful,” he told la Puma, “even though it sort of comes across that way when I mention that I was frustrated with the band. That’s not the case at all. That was just an experience that had to be dealt with at the time. With the music that I’m doing now, I get to express myself, and that creative tension is gone.”

And we’re going to see how that opportunity to express himself pays off when Mind of Mine drops in just a few days. For more of Malik’s deep brain droppings on girlfriend Gigi Hadid, the possibility of going back to school, weed, Trump, and post-1D living, hit Complex now.