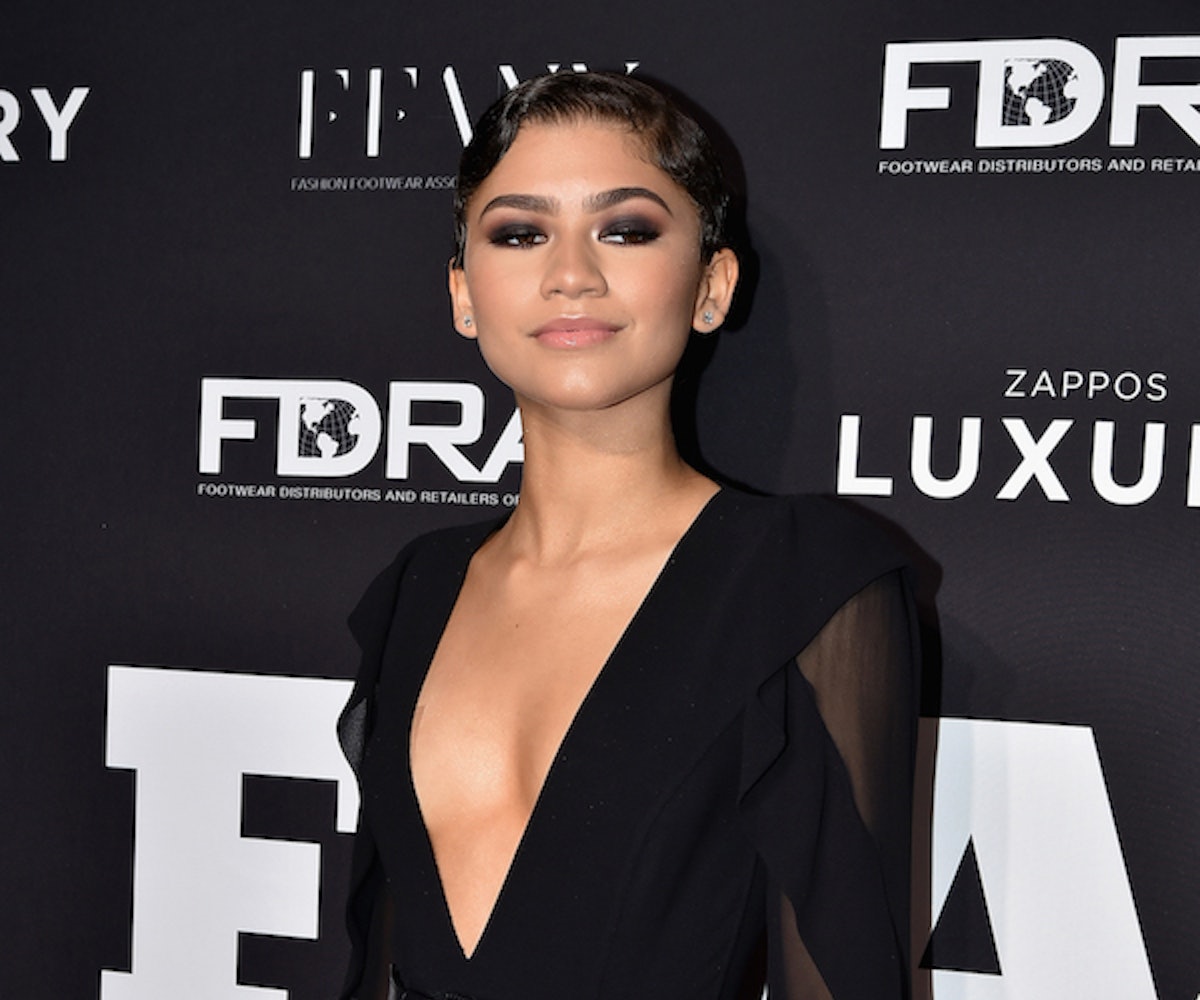 Zendaya's never been one to be quiet in the face bigotry and intolerance—girl has always been there to tackle cultural appropriation and school haters who can't bare the thought that she sometimes doesn't wear makeup, in addition to being a champion of women of color and calling out Hollywood on its lack of diversity. Recently, she caught wind of a woman being body-shamed on Twitter and took things one step further than just shaming the haters into submission. Nope, Zendaya went on and hooked the user @_illestCee up with a modeling contract. Mic. Drop.

So, it all started when Zendaya came across a Twitter user saying, "Never trust a top half posting ass female," in reference to a headshot posted by @_illestCee. Presumably, this Twitter user felt it was absolutely unacceptable for her to not have an asterisk on the photo saying something like, "I have a larger body and therefore cannot be considered beautiful FYI," or something like that. In response, Zendaya called @_illestCee "fine as hell head to toe" and then asked, "Can we find her @....I'd love for her to be a @dayabyzendaya model." @illestCee was, of course, "speechless"—turns out being a plus-sized model is her dream. Moral of the story? We can't all be Zendaya-level fairy godmothers, but you can still lift someone up when you see them get beaten down.