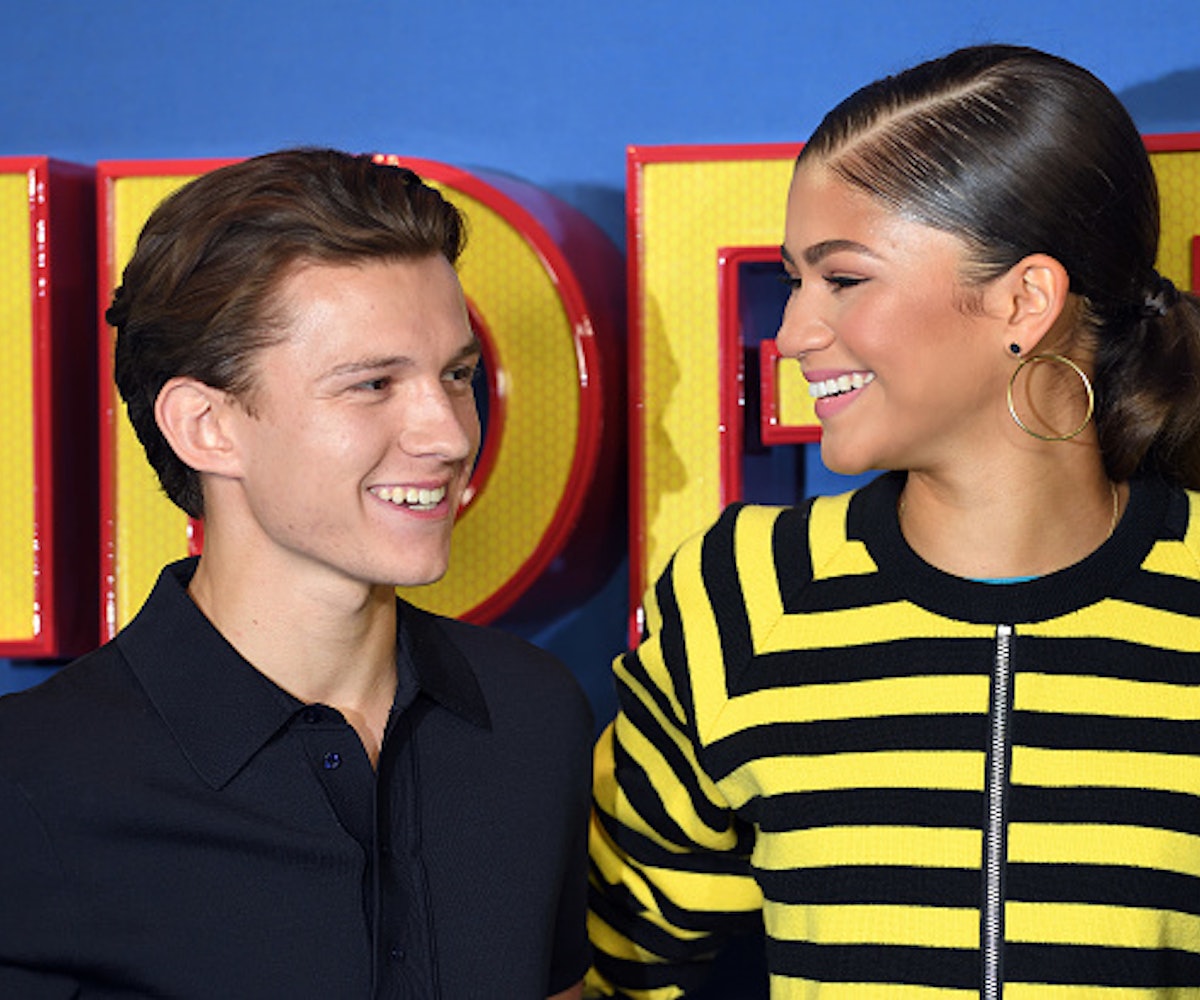 It seems like if you're actors starring in a Spider-Man movie together, you either start dating, like Emma Stone and Andrew Garfield, or everyone will just assume you're dating anyway. That's what happened with Zendaya and Tom Holland, who appear together in the new Spider-Man: Homecoming.

People immediately started speculating that the two were a couple. "Get you a man who looks at you the way Tom looks at Zendaya," someone tweeted, along with a clip of the two on the Spider-Man press tour.

No one was really sure when or where from the rumors started.

But everyone was very hopeful that they were true.

Finally, Zendaya decided to step in and set the record straight... kind of. "Wait wait...my favorite is when it says we go on vacations together HA!" the actress tweeted with laugh-cry emojis. "I haven't been on a vacation in years! hbu TomHolland1996 ???"

"Does the press tour count," he replied.

"I'm done," Zendaya wrote, with another laughing emoji and a hand.

Since the two actors are cracking up at the idea that people think they're dating, there's a good chance they're not together. One person commented on how it's unfair that a woman and man can't be close friends and colleagues without people assuming they're romantically involved. "It's sad that [the] media can't let a boy/girl friendship alone without saying they are dating," she wrote.

But, of course, Zendaya and Holland's vague responses only added fuel to the internet fire, and some people out there are still searching for answers.

Let us know when you find them.