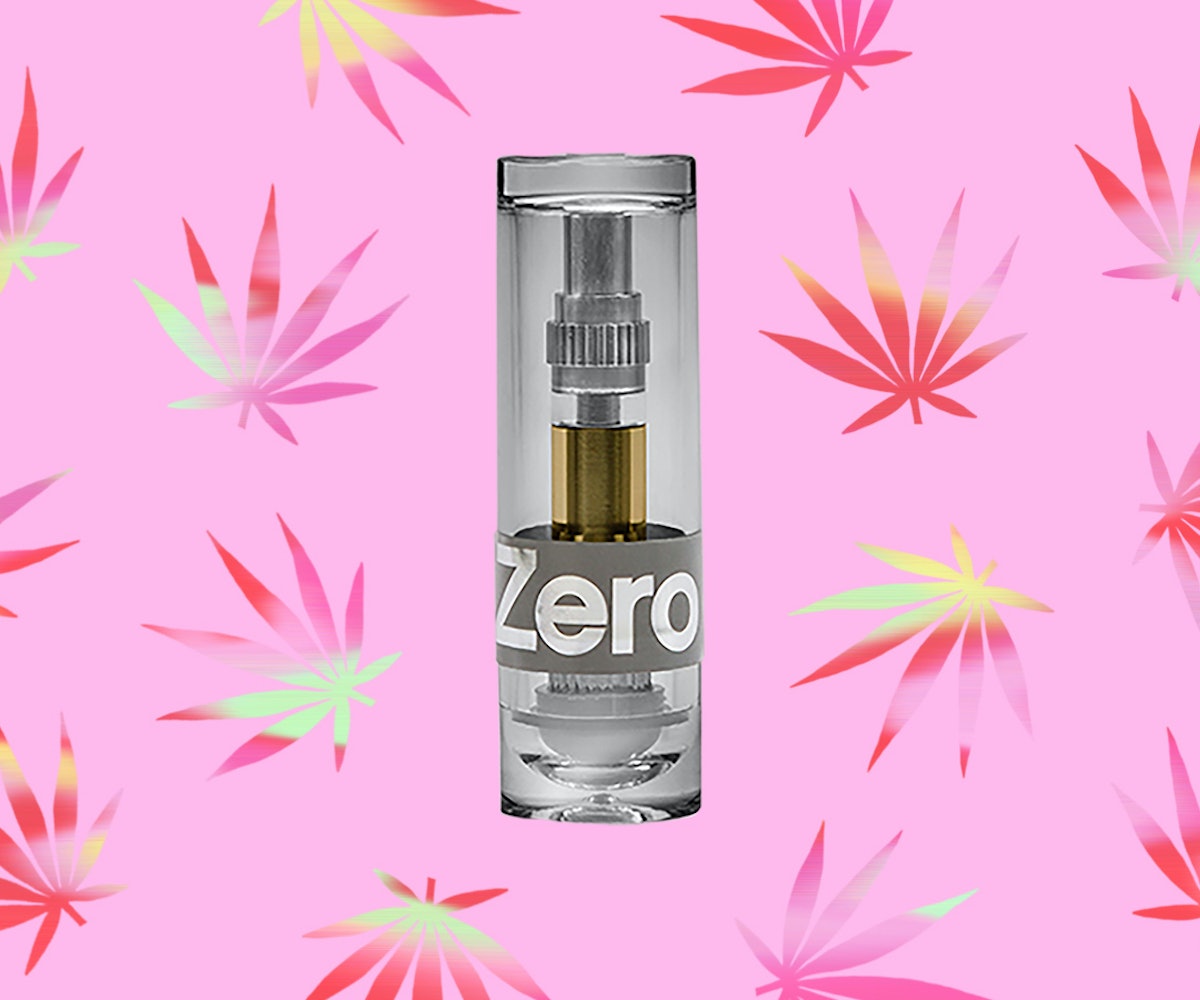 "Beware of the munchies." That's the lukewarm advice I received when I first smoked marijuana. I didn't believe it at first, but then I opened a box of Little Debbie Oatmeal Creme Pies my mom once sent me in a college care package and woke up the next day to find it completely empty. Oops. Since then, I've come to understand that hunger and THC (tetrahydrocannabinol), the molecular compound in marijuana that gets you high, can be a potent combination. (Incredibly tasty, though!)

Recently, however, I received a press release for a strain of marijuana containing THCV (tetrahydrocannabivarin), a molecular compound that Leafly, the best marijuana strain database in the world, considers to be "fascinating." It allegedly has the same relaxing effect THC does but evades the whole munchies part. Leafly says it "dulls the appetite." Dope! Literally!

Curiosity smoked out the cat, and I got my hands on SuicideGirls' new line of cannabis vape cartridges called Chill Hustle Zero (retailing for $55 a pop). Each of the three strains has a different effect: Chill is a pure Indica (sedative) strain that, well, chills you out; Hustle, a pure Sativa (stimulant) strain, perks the mind up like a jolt of non-jittery caffeine; Zero gets you high while suppressing your appetite. My mission, should I choose to accept it, was to see what Zero was all about. Would it really curb my appetite, or are munchies and pot an inseparable combination?

My approach to this highly scientific research project was simple: Vape after dinner (because I've long since given up the post-work glass of wine) and see how I feel after eating a tiny dessert; then vape before dinner and see how I feel; finally, vape after dinner and, well, you get the picture. For dessert purposes, I purchased a sleeve of Biscoff cookies because you can never have just one.

Much like my proverbial wig after seeing Lady Gaga debut "The Cure" at Coachella, my appetite flew. For one, Zero didn't make me feel stoned; it had a relaxing effect while hardly hindering my ability to, relatively speaking, function like a sober human being. It chilled me out but didn't make whatever food I ingested taste heavenly. No spiritual awakening was to be had. For the first time in my short life, I began to understand the medicinal effect of marijuana rather than simply its recreational effects. Microdosing before bed makes for a very nice sleep.

THCV is found in mostly all strains of marijuana. The amount, however, tends to be pretty low. Zero is formulated with 60 percent THCV, which greatly contributes to its appetite-curbing effects. (It also made working out a joy due to THCV's ability to increase energy expenditure, but that's another story for another time.)

So, what's the final verdict? It works! The future of pot is here. Blaze it, but hold the sweets.