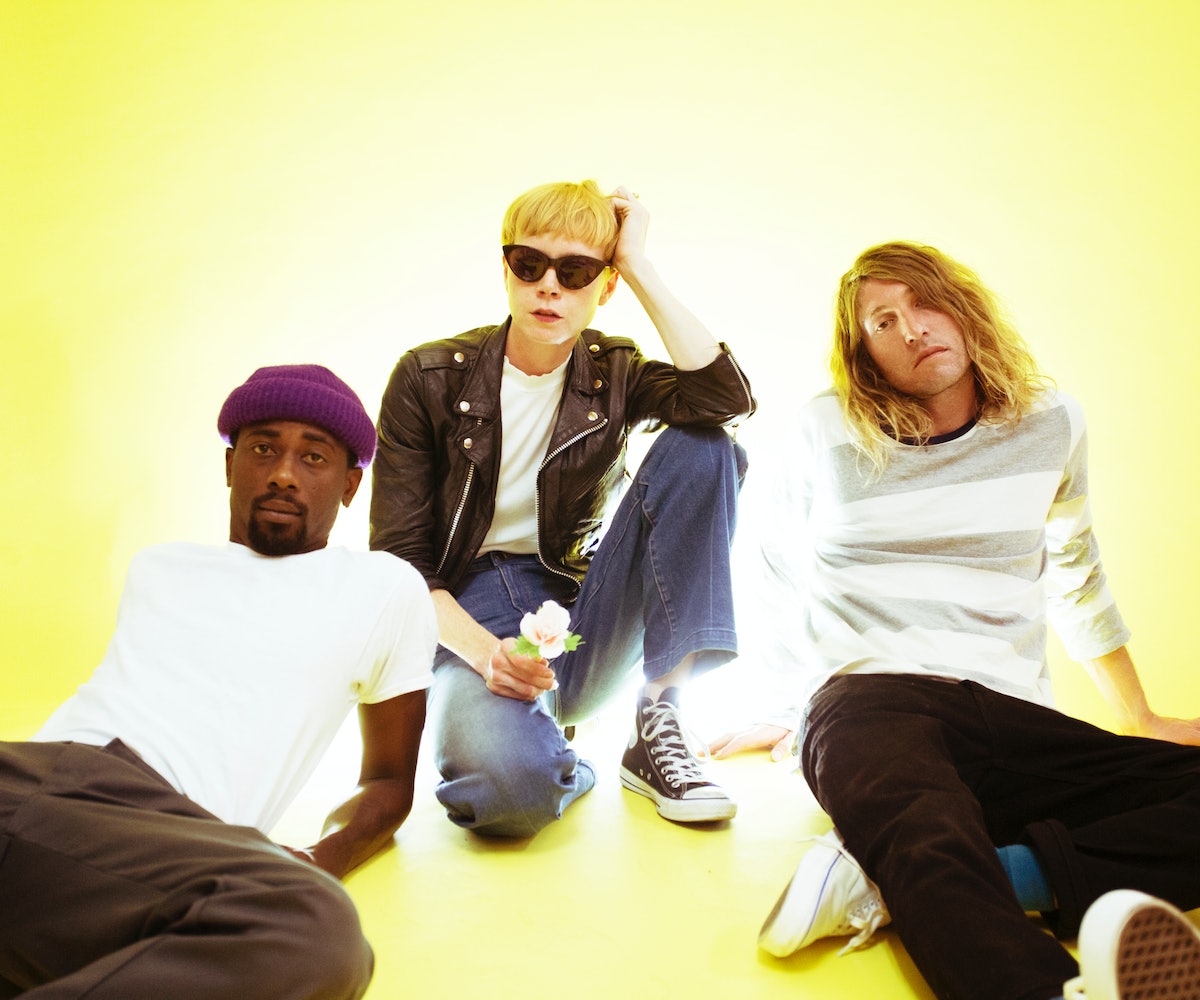 What do you get when you combine Mason James of garage rock band Cerebral Ballzy and singer-songwriter Lissy Trullie? Zipper Club, the duo's new project, answers that question with their debut single, "Going The Distance."

For James, Zipper Club's mellowed-out sound and catchy hooks mark a vast departure from his raucous punk days. He sees the band as a "huge change and not a logical one”—yet upon hearing the pop-tinged tracks, you begin to make sense of James and Trullie's shared knack for lyricism and songwriting.

Directed by James alongside Jason Hogg, the video for "Going The Distance" sets the infectious track in a desert. The camera pans in on a bright red car driven by two long-haired kidnappers who hold the members of Zipper Club hostage. The musicians are blindfolded and led through the terrain toward the inner circle of a cult.

The video is the duo's antidote to "the impulse to make a music video just singing in an interesting environment." They construct a literal interpretation of the song by creating a short film. "We drove far away to the desert, plunged into freezing water, climbed rock formations, and let our friends beat us up a little.”

NEXT UP
Entertainment
Harry Styles Is Performing At The 2023 Grammys
Entertainment
Meet Amy Allen, The Grammy-Nominated Songwriter Behind Pop's Most Honest Hits
Entertainment
Muni Long On The Grammys, Burnout & Not Worrying About The Labels
Entertainment
FLO Is Headlining Their First US Tour This Spring
Style + Culture, delivered straight to your inbox.