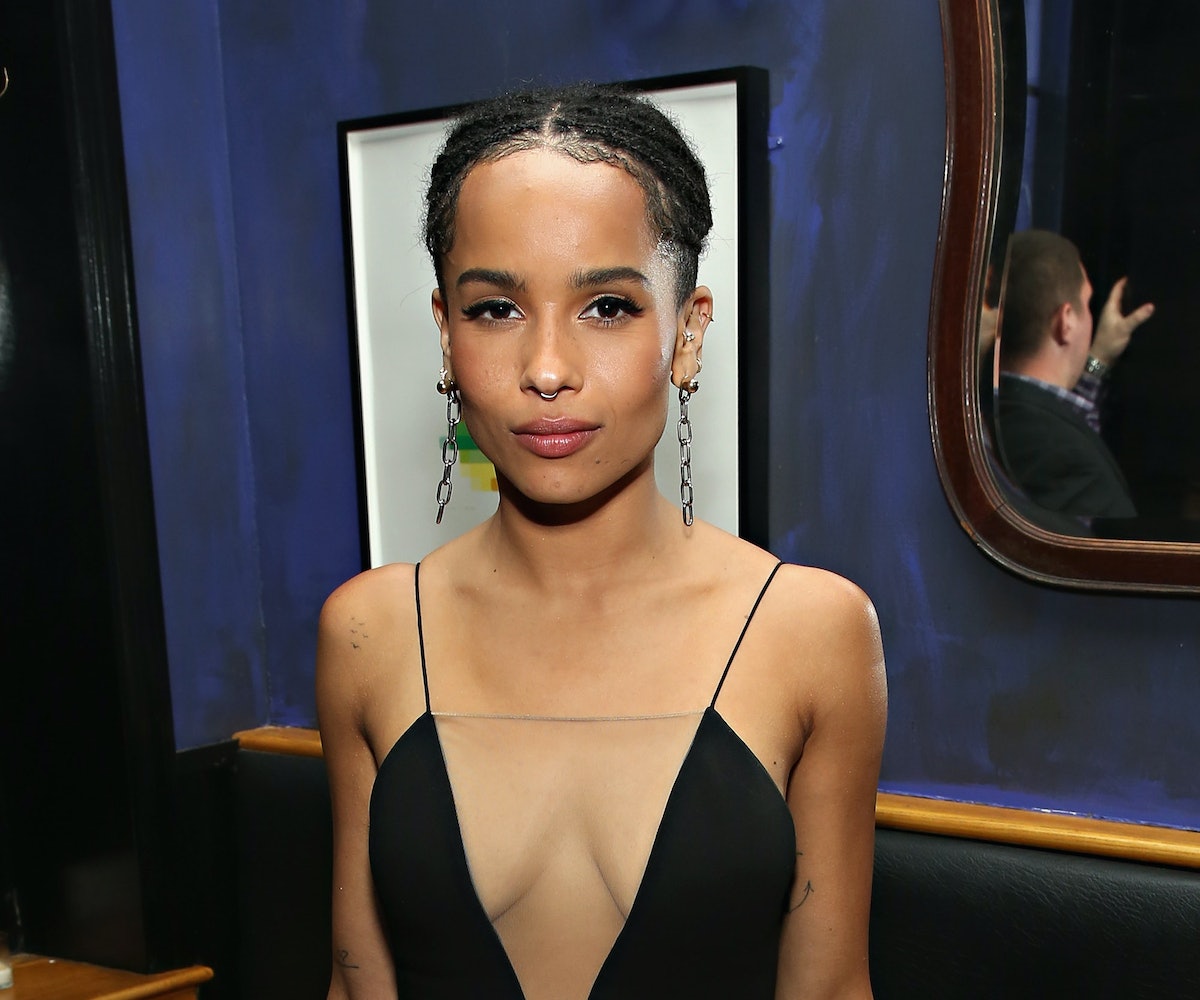 Zoë Kravitz is already one of our leading fashion icons, a burgeoning rock star, and an all-around cool girl. However, despite her obvious success in other fields, Kravitz's acting career has yet to really take off.

With that being said, we knew it was only a matter of time before someone, somewhere, gave Kravitz a role that befits her talent. Well, it just so happens that that someone is Broad City's Lucia Aniello, who'll be directing the pitch black comedy Rock That Body, about a group of friend that accidentally kill a stripper on a bachelorette weekend gone horribly wrong.

Kravitz is set to join Scarlett Johansson in the film, which still doesn't have a release date. Kravitz has quietly established herself as an acting force, thanks to supporting roles in the X-Men franchise, Mad Max: Fury Road, and Californication.

Still, she has the kind of once-in-a-lifetime talent that deserves consideration for Hollywood's top parts, and hopefully Rock That Body will be the project that takes her to the next level.

For more on the wonderful Zoe Kravitz, check out our 2015 cover story here.