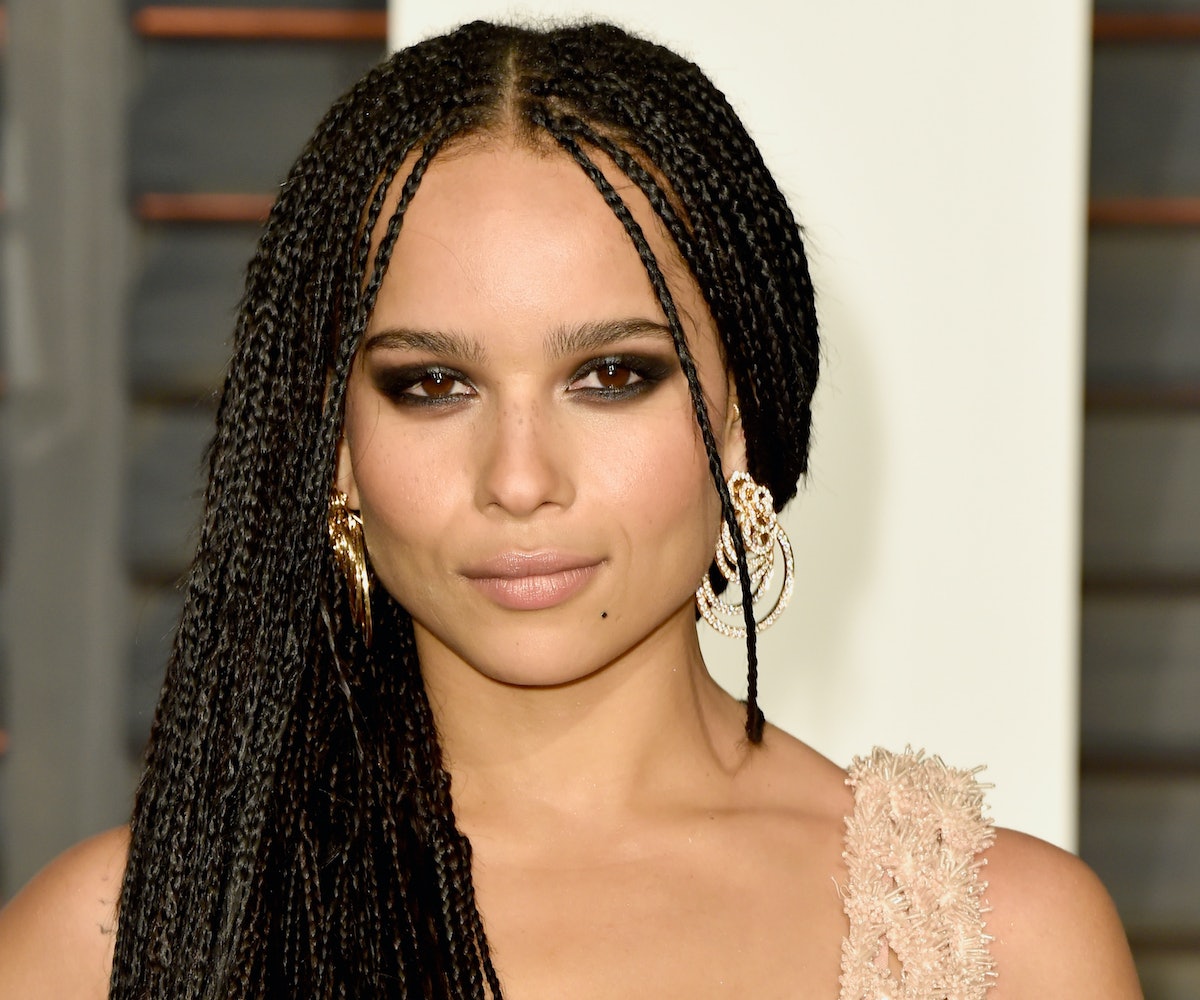 Being the daughter of Lenny Kravitz and Lisa Bonet, Zoë Kravitz could have easily made a name for herself by riding their star-powered coattails. But for someone as passionate about her art as the 26-year-old actress and musician, that cliché path was never an option. Instead, Kravitz has been paving her own way in the entertainment industry, mixing daring indie fare with broader blockbusters, all while fronting the weirdo R&B outfit, Lolawolf.

Kravitz' latest movie is the off-kilter road trip dramedy, The Road Within, where she tapped into her own struggles with anorexia to play a girl suffering with the disorder (watch an exclusive clip here). Kravitz, who also has a pivotal role in this summer's completely insane-looking Mad Max: Fury Road, spoke with us about the physical demands of losing weight for the role and how the character she plays can help us talk about body image.

Tell me about your character, Marie, in The Road Within.

Marie meets Vincent (Robert Sheehan) in a clinic, and she’s kind of a hard ass—she’s definitely always on the defense. She’s not in a place where she’s ready to get better, and she’s still not by the end of the film, which was an interesting way for us to play it. We didn’t wrap [Marie] up in a bow, but she is a really strong young woman and because she’s so strong, she just wants to control everything. Food is a part of that for her. It’s amazing to play a really strong character that also has a weakness.

What was it like getting into the headspace of this character?

That was pretty easy for me—I struggled with an eating disorder in high school and into my early 20s. That’s part of what actually attracted me to the role; I think it’s really important to talk about body image and the struggles a lot of women have with food—especially in the entertainment industry. I related to her in a lot of ways.

Were there any physical demands for this role?

Losing all the weight—I’ve never done anything like that before. I put my body through so much and at first it was really hard to even have a conversation because I was so lightheaded all the time. On top of just being tired, I had to try and perform, so it was very unique experience. I lost like 20 pounds, so I was 90 pounds while we filmed. I tried to do it in a healthy way, but it’s not a healthy thing to do—I would never tell anyone to lose that amount of weight and especially not that quickly. I basically did a cleanse and was drinking pureed vegetables and tea, and running every day.

You’ve done blockbuster hits and more low-key, Independent films. Is there a type you prefer?

I like doing both types, but I like the community that comes with an independent film. Everyone has to go above and beyond because that’s what independent film is really about—doing it because you love it. That really excites me. With big budget films, you have to stand back and let everyone do their thing. Everything is very specific and you just have to let it happen, whereas with an independent film, you get to be more involved with the entire process.

Is Mad Max as crazy as the trailers makes it look?

I haven’t seen the finished movie yet, but based on what I saw while shooting, it’s going to be fucking badass. I’m just as anxious to see it as everyone else. I play one of the five wives and we are basically the last fertile women. We belong to a warlord and get kidnapped and we’re on the run and living in the wasteland.

They were really intense conditions and we basically shot in sand dunes for six months. Also, we were playing these women that are basically being used to bare children, and [Director] George Miller was really helpful to get us into that headspace. He had Eve Ensler, who wrote the Vagina Monologues, come out to do a workshop with us. She’s really amazing—she created open housing for women who’ve been raped in the Congo. Working with her was really life changing.

How does creating music for your band Lolawolf differ from acting?

It’s hard to describe in words, but I guess it’s a little more personal. When you’re acting, you’re creating someone else, but my music is me—it’s very, very personal.

NEXT UP
Culture
An Ode To Stripperweb, The Beloved Sex Worker Forum
Fashion
Bottega Veneta Just Dropped The Next It Bag For Spring
Entertainment
Ebony Riley's "Deuce Deuce" & 9 Other New Songs Out This Week
Beauty
Charli D’Amelio and Landon Barker Wore His & Hers Goth Manis To The Grammys
Style + Culture, delivered straight to your inbox.