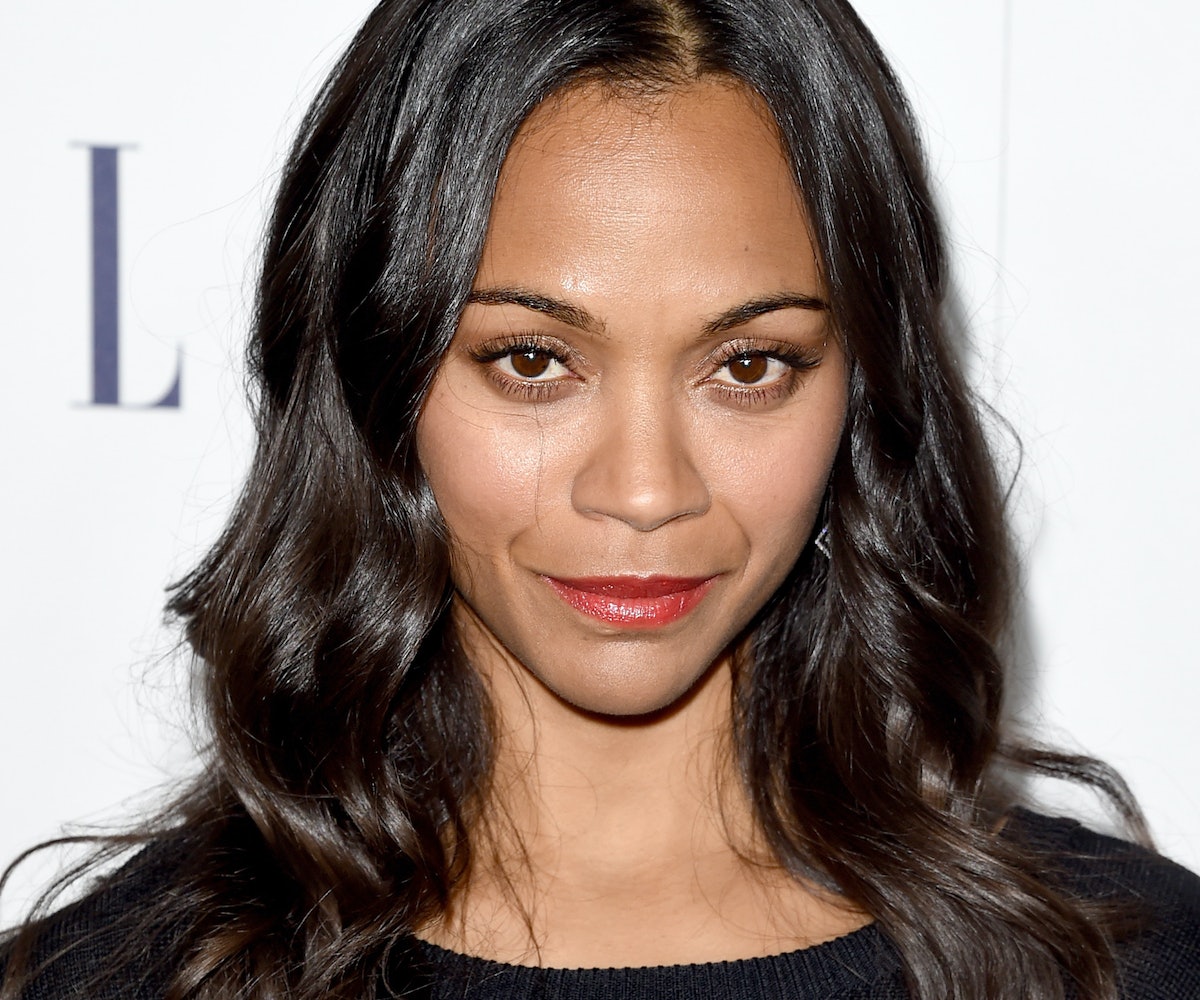 Ever since the news broke in 2012 that Zoe Saldana would be playing Nina Simone in the biopic Nina, Saldana's faced harsh critism from the media, Simone's fans, and even the singer's estate. After Saldana tweeted a quote of Simone's, the icon's estate tweeted: "Cool story but please take Nina's name out of your mouth. For the rest of your life." They added that the casting of Saldana as Simone was, "Painful. Gut-wrenching, heartbreaking, nauseating, soul-crushing." We previously wrote about some of the biopic's problems when the trailer was released. Others considered the casting an issue due to the fact that Saldana is of Dominican and Puerto Rican descent and is too "strikingly beautiful" to play someone like Simone, who was constantly judged on the basis of her looks, and told by her industry she wasn't pretty enough to be a star.

"I never saw her as unattractive," Saldana recently told Allure. "Nina looks like half my family! But if you think the [prosthetic] nose I wore was unattractive, then maybe you need to ask yourself, What do you consider beautiful? Do you consider a thinner nose beautiful, so the wider you get, the more insulted you become?"

After passing on the script for a year, Saldana finally agreed to take on the role, believing strongly that Simone's story needed to be told. "The script probably would still be lying around, going from office to office, agency to agency, and nobody would have done it," Saldana said. "Female stories aren't relevant enough, especially a black female story. I made a choice. Do I continue passing on the script and hope that the 'right' black person will do it, or do I say, 'You know what? Whatever consequences this may bring about, my casting is nothing in comparison to the fact that this story must be told.'"

She's also offended that anyone would think she's not "black" enough. "There's no one way to be black," Saldana said. "I'm black the way I know how to be. You have no idea who I am. I am black. I'm raising black men. Don't you ever think you can look at me and address me with such disdain."

Critics were not only upset that Saldana had to darken her skin for the role of Simone, but that Saldana seemed apolitical, when Simone certainly was not. But like most women of color in Hollywood, Saldana has had to fight for the roles that are freely offered to white women. "Reading all the postings for castings for the 20 years I've been an actress, there's so often that last line about 'the director wants to go traditional with this part,'" Saldana said. "Traditional" meaning Caucasian. "But every now and then, I encounter filmmakers like James Cameron, J. J. Abrams, Ben Affleck, James Gunn, and they go, 'Why not you? You're "traditional." You're everything.'"

For now, Saldana is just excited that people are talking about Simone. "Let it be the first movie," she said. "If you think you can do it better, then by all means. Let ours be version number one of 10 stories in the next 10 years about the fucking iconic person that was Nina Simone." And she hopes her casting controversary doesn't overshadow the real message behind the icon's biopic. "The fact that we're talking about her, that Nina Simone is trending? We fucking won," Saldana said. "For so many years, nobody knew who the fuck she was. She is essential to our American history. As a woman first, and only then as everything else."