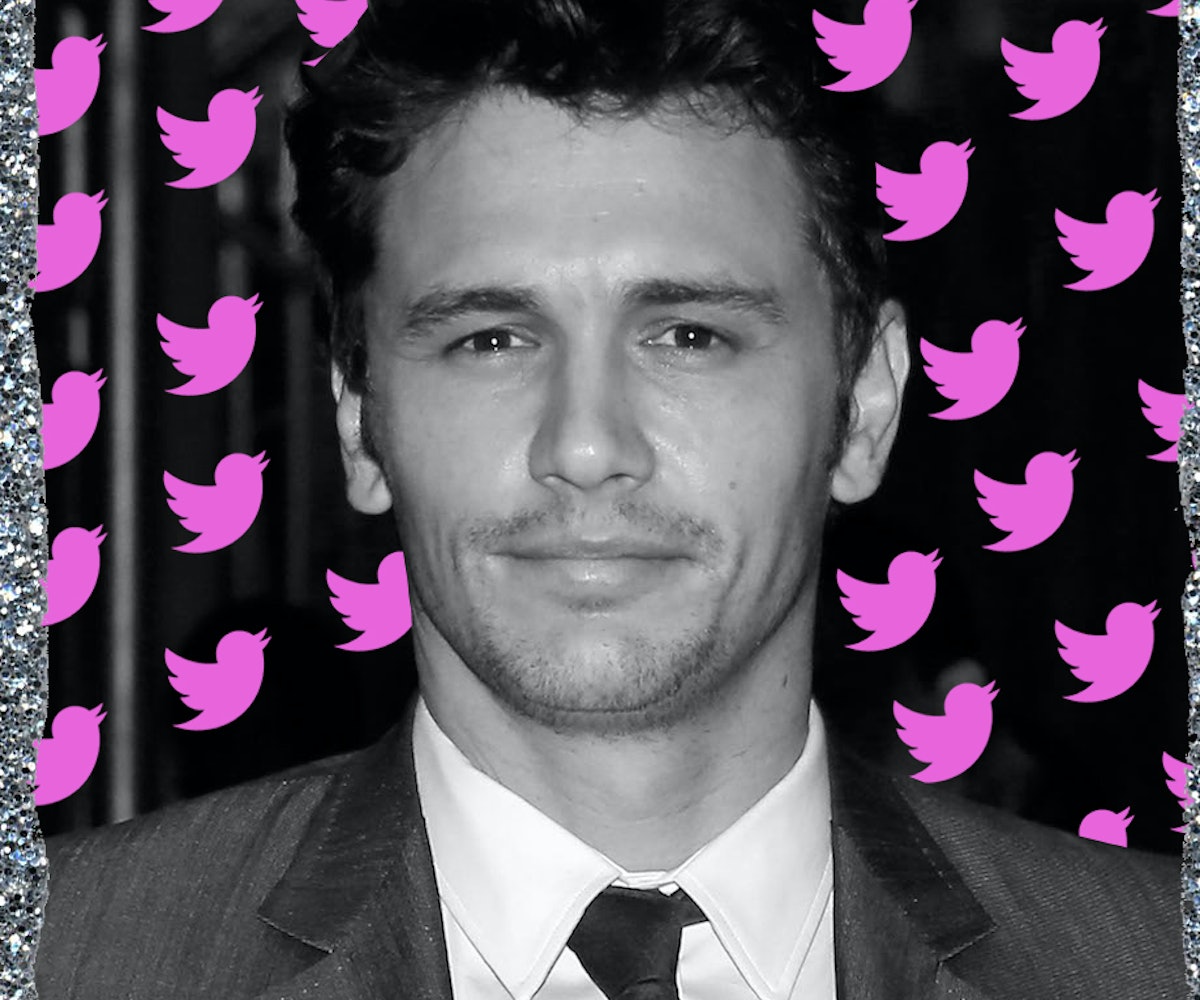 On October 27, 2015, the art of storytelling was changed forever when Aziah "Zola" Wells wrote 148 tweets about her falling out with a friend in the sex trafficking business. Everyone on the Internet couldn't stop talking about the epic stripper saga and naturally, we all wanted to know more. While some outlets tried to get the other sides of the story, nobody really wanted to hear what they had to say. What we wanted was to learn more about the voice behind the tweets. On November 17, 2015, Rolling Stone published the first interview with Wells to get all of the facts straight. Wells revealed what was true, what was exaggerated, and what everyone from the story was doing with their lives now.

Yesterday, it was announced that James Franco would be producing, directing and starring in an adaptation of "Zola Tells All" with Andrew Neel and production company Killer Films. Given Franco's interest in all things bizarre, it made sense that he would want to pursue this project. However, there's something unsettling about Franco, a wealthy white man with a ton of resources, trying to re-tell a story about a marginalized sex worker of color. I'm concerned about a black woman's voice being filtered through a white man's lens. Maybe I would feel differently if Wells wanted to sign over the rights to her narrative, but it should be noted that Franco is adapating the Rolling Stone story written by David Kushne. So without the tweets, is there even a story?

The 101st issue of The FADER features an article written by Doreen St. Felix titled "Black Teens Are Breaking The Internet And Seeing None Of The Profits." In the piece, St. Felix breaks down how some of the most viral trends in social media are founded by black teens that don't reap any financial benefits for the things that they have established. "It’s impossible to track the chain of ownership from there on out. In fact, the chain becomes more like a swarm. Put plainly, there is no recognized ownership," states St. Felix. Referring to these specific black teens as "innovators," she explains how the digital landscape has created a void in giving these users recognition as creators of content. She also points out that "part of the reason the originators of viral content are stripped from their labor is because they don’t technically own their production."

By signing up and agreeing to the terms of public platforms like Twitter, Vine, Instagram, and Snapchat, users essentially give away the ownership of that content. Thus, we see black creators not receiving credit for their work, either financially or simply in terms of recognition. This morning, The Mary Sue published an article called "James Franco, Zola, and the Colonization of Black Twitter." Jamie Broadnax notes that had it not been for #BlackTwitter, no one would have known about this story in the first place. Due to the speed of sharing on the web, it can be hard to trace the initial source of establishment. But in this case, literally everyone knows where this story began—there is a clear source of ownership here. While Wells does not have any legal rights to the interview, she should at least have the autonomy over her own narrative and how it gets told. The way in which Franco went around Wells to do the film adaptation is not technically illegal, but it definitely comes off as sleazy.

In an email to BuzzFeed, Wells' manager (and mother) Nichelle Watkins confirmed that she will be involved in the film. “Nothing is set in stone as of yet. Once things begin moving along, Aziah will be involved 100 percent,” she said. Apparently, Wells is "not at liberty to discuss" details about compensation, but at least it has been confirmed that there is a possibility of her being directly involved with this whole process.