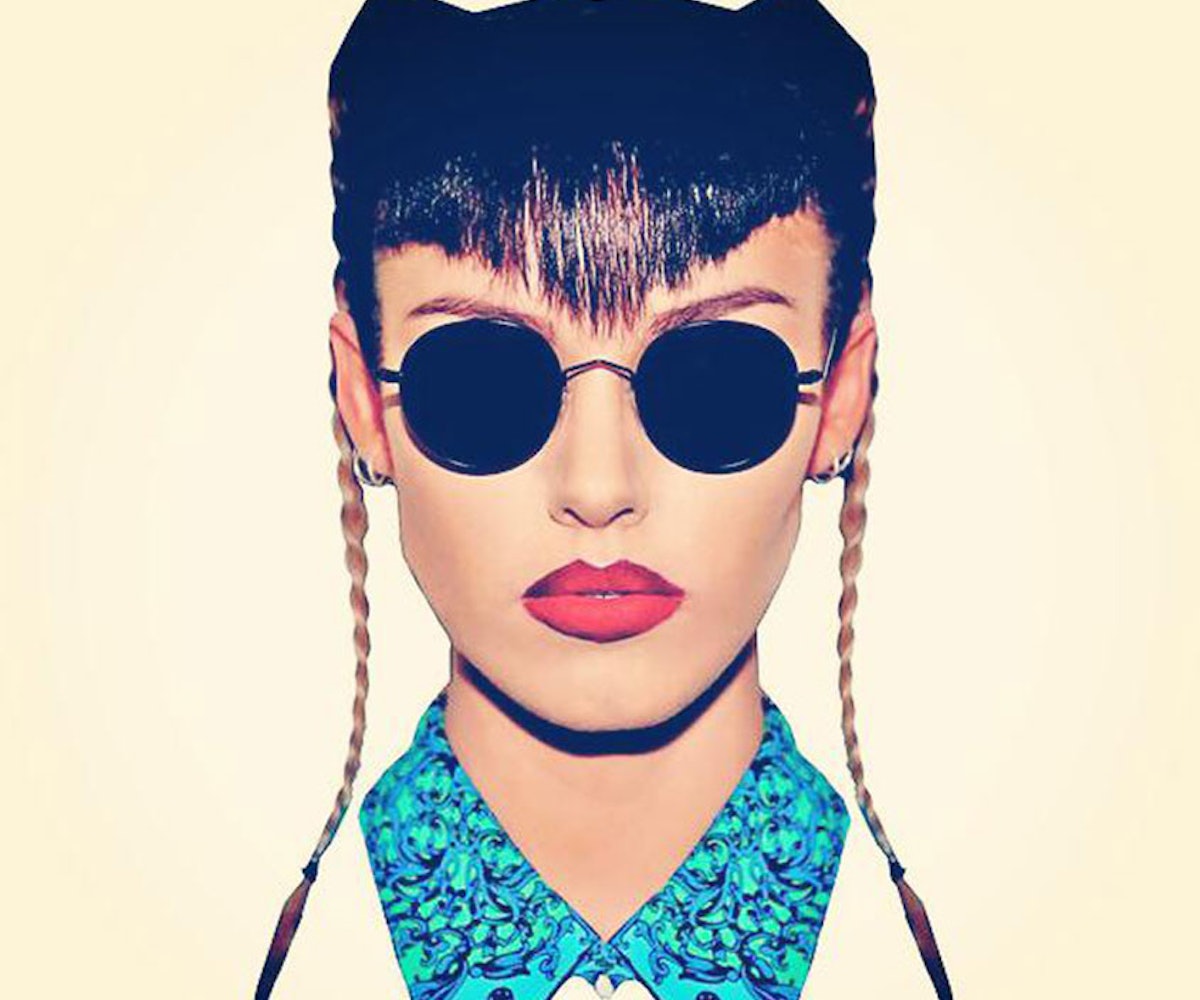 The electronic music scene is, at this point in time, a boys club. You’re more likely to hear about the big guys on campus like Diplo and Calvin Harris than Syd Tha Kyd. In the same vein, smaller producers like SOHN and Arca —both men—have gained notoriety thanks to folks BANKS and FKA twigs. There is progress being made, though. The girls are coming, and the force that is Zuri Akoko is adding fuel to the fire.

Hailing from Sydney, Australia, Akoko is a self-made producer and vocalist. As fate would have it, Zuri Akoko translates to “beautiful noise maker.” Her Book of Beats is that and more. Over the course of three tracks, Akoko weaves together clicks, blips, and doings into swirling melodies. They’re intricate sounds that are best experienced on headphones. Layers of chimes and synths spin over and under one another to create a sound that could be considered three-dimensional. The Book of Beats hits soft, but leaves an impression longer than some of Akko’s male contemporaries. A beautiful noise maker, indeed.

What got you into producing? Was there a certain song or concert you attended that convinced you that this is what you wanted to pursue?

There were definitely a lot of contributing factors that got me into producing. I’ve always had this very strong affinity with sound and electronic music. I always wanted to be involved and amongst it; my girlfriends and I would sneak out to raves when we were in high school and I would obsess over these HARDNRG CDs and mixtapes my sister would bring home when she worked with FUZZY. I became very infatuated. Although I had a strong desire to produce when I was a teenager, as a young girl, you just didn't have the access or tools to learn like you do now. When I became more involved in the dub-step scene, I would do vocals for a lot of the local boys' tracks. Eventually, I downloaded Ableton and the rest is history.

What would you say is your biggest influence?

I guess things like life experiences are always influences in creative work. I really love metaphysical themes—I think that's why I love sound design so much. I feel as though I’m writing a sound effect for an object getting sucked into a blackhole or something. I also think surrounding yourself with people who have high standards can really accelerate your progress. People like HATCH taught me the importance of having strong creative and technical abilities in production.

Talk about the creation of the Book of Beats. What did you set out to do?

Book of Beats is all about having a platform to express myself on a purely production-based level. Although I love a catchy hook and songwriting, I love the enigma of sound. I didn’t want everything I released to have to be radio friendly because that's not me. I love exploring effects through sound design, discovering new possibilities and pushing the sonic boundaries—that's what makes me excited. Book of Beats gave me a place for me to share that but also give it purpose.

Is the electronic and dance scene as male-dominated as the charts make it seem to be? Do you consider that a problem if it's true? How do you seek to break that glass ceiling?

It's definitely male dominated, but I feel like the vast majority of industries have started that way. I think its really cool to watch the industry change and evolve now. Girls are starting to get the recognition they deserve, but I think we still have a long way to go. Is it a problem? Yes. Can it be fixed? Absolutely. It’s just up to us ladies to keep doing dope work. We have this pressure to “prove” [ourselves], but I don't necessarily think its a bad thing because it makes us strive for excellence; it makes us believe in the value of quality in our work and gives it purpose. As more of us get involved in the electronic music scene, it will be natural that the glass ceiling eventually collapses.

How do you hope to inspire girls and women with your music?

I hope young girls and women can look at me and say, “Yeah I can do that, too.” Always trust your intuition and have self-belief! YouTube has changed the game with producing: You can learn anything with some patience and self-discipline. If you want to do it, all the tools are at your fingertips.