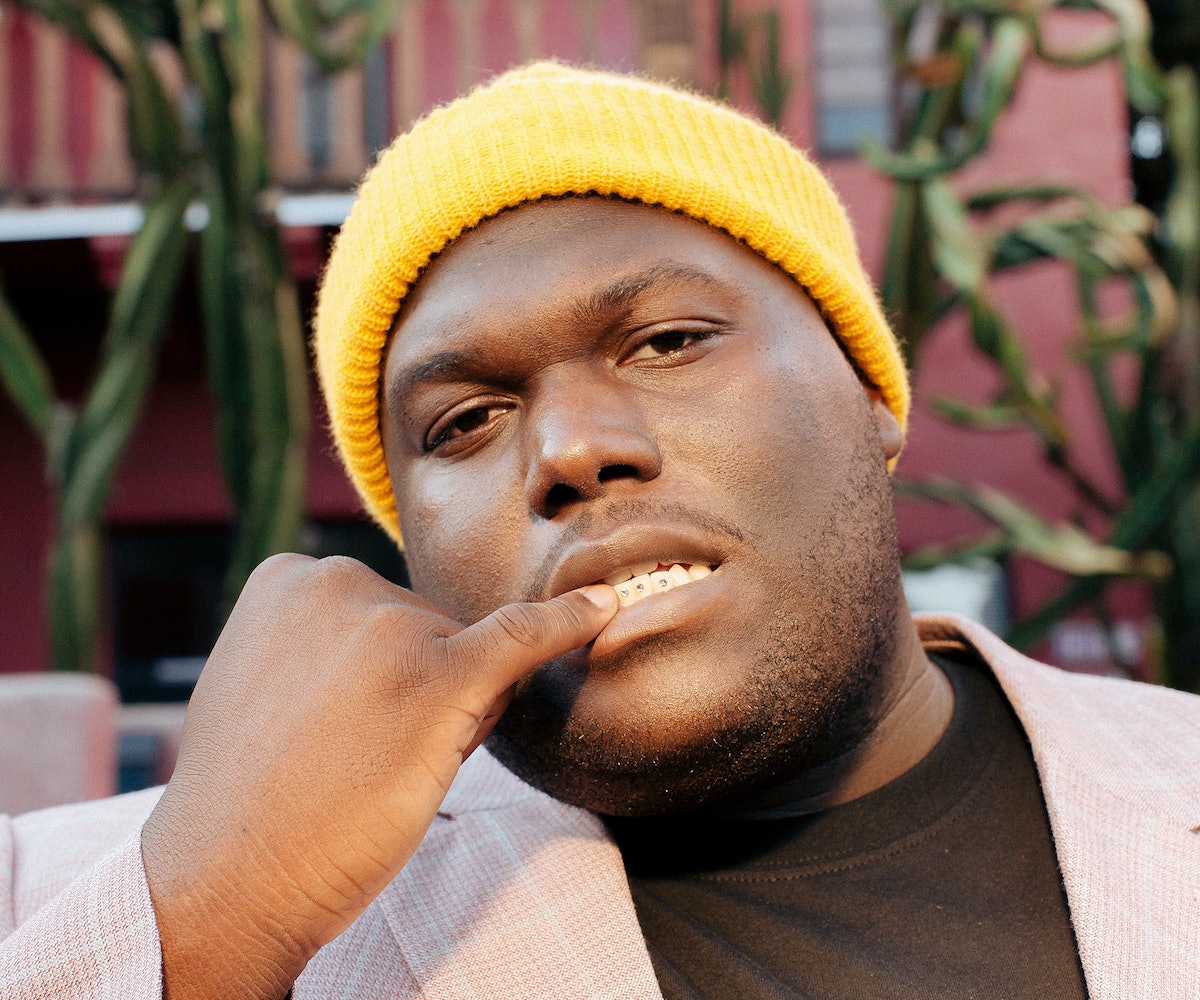 What's more carefree than a game of kickball with your closest friends? Basically nothing. For R&B newcomer AUGUST 08, aka Ray Jacobs, memories of rounding the bases and throwing down a quick game of cards with pals before the school bell rang offered the ideal warm-and-fuzzy feelings to help bring his song "Good Girls" ft. Duckwrth to life. On Thursday, Jacobs premieres the music video exclusively via NYLON.

While recording his recent EP Happy Endings With An Asterisk, Jacobs recalls "Good Girls" coming to fruition pretty naturally in the studio with Duckwrth, Sad Money, and Yeek. He says, "You know we some sad n****s so we just got to talking about love, and voilà." Since its release in August, fans have quickly taken to "Good Girls," along with the rest of the EP, and Jacobs couldn't be happier with the outcome. "I've been on tour a bit and everyone knows the words to tracks from the project which warms this Crip's heart," he adds.

Jacobs left it up to director Mancy Gant, along with collaborators Duckwrth and Barney Bones, to dream up the visuals for the track. "We wanted to spark nostalgia to make everyone feel what it's like to be a kid with no worries — innocent moments with friends," Jacobs says, which is how they wound up throwing a game of kickball with their real-life friends for the video, only casting one of the many individuals to appear in the visuals.

As we spoke on the project, he teased that he has "something really cool with an awesome visual" in the works, but is remaining mum on all the details for now, adding only one super-important shoutout before signing off: "I wanna say I love my momma and vegans gotta stop attacking poor people for not being able to afford organic plant based options."

Watch the video for "Good Girls" below.