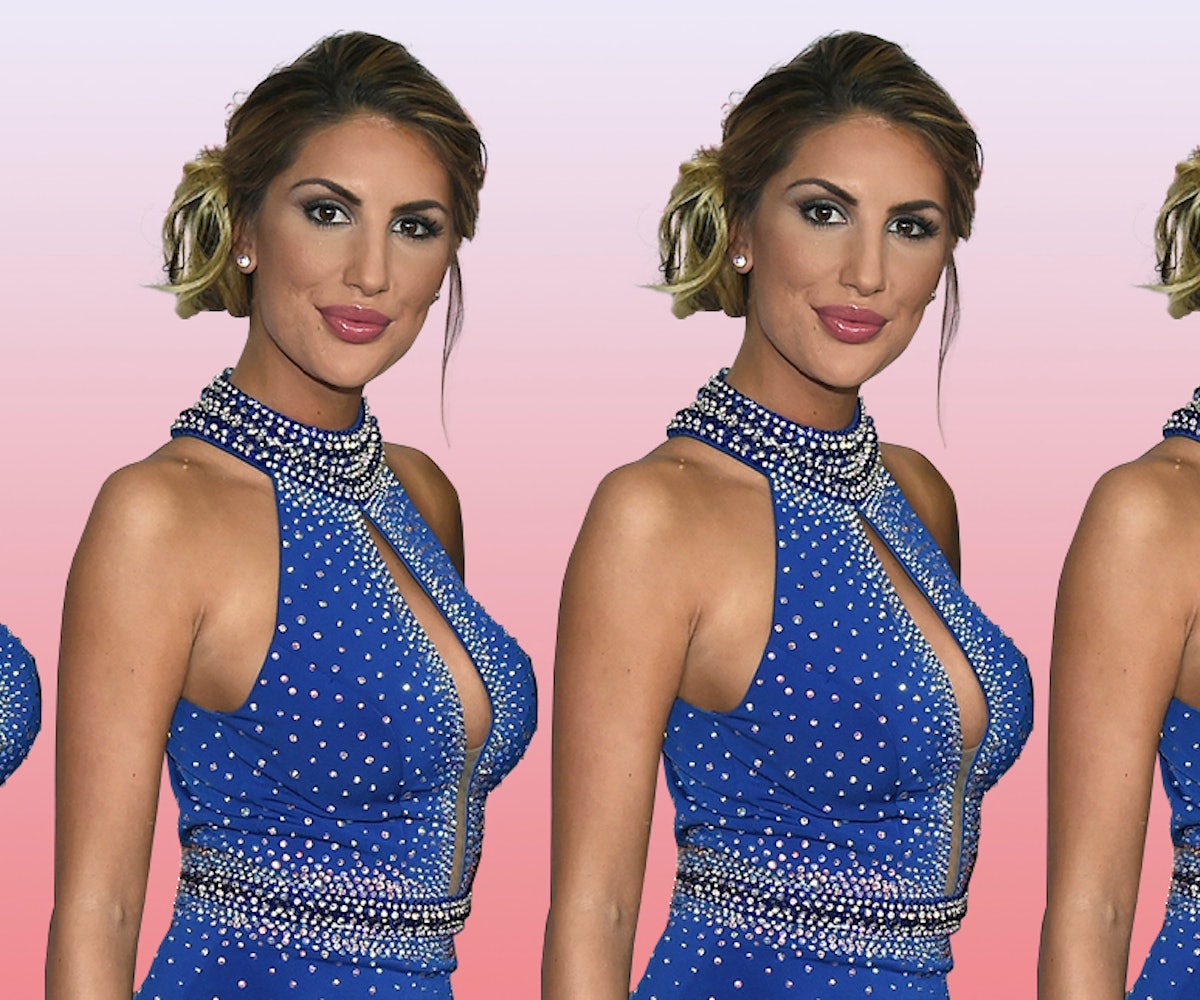 Ames wrote those words on the night of December 4th; she was found, dead by suicide, the next day. And, similarly to the way in which the last words of famous people from Marie Antoinette to Winston Churchill have been analyzed again and again since their deaths, so, too, were Ames's—along with the circumstances of her death.

The lead-up to that last tweet was a day of Twitter-shaming, brought on by an allegedly homophobic tweet by Ames, in which she said she'd walked off a film set after finding out that her male partner for the day had also acted in gay porn. Ames indicated that she'd refused to have sex with him for her own safety, which led many people to accuse her of participating in the stigmatization of gay men as being more prone to having sexually transmitted diseases. Though Ames insisted she wasn't homophobic, the Twitter hysteria accelerated, and she appeared to log off after tweeting, "fuck y'all."

These are the questions that launch The Last Days of August, a long-form podcast on Audible (rather than being broken up into episodes, there are chapters; the whole listening experience is under four hours), which is hosted by Jon Ronson and produced by Lina Misitzis. As Ronson—who has written extensively about social media bullying, notably with his book So You've Been Publicly Shamed—recently told me: "There was something about August's story that made me want to do it from the beginning, when I thought this was a shaming story."

What Ronson and Misitzis soon uncovered was that this wasn't a story just about public shaming—but that there also wasn't the kind of cinematic twist that so many people expect from podcasts; there was no uncovered murder here. Instead, what they uncovered was tragic in its mundanity, and its relatability; Ames' story was one that involved mental health issues, a childhood experience with sexual abuse, a confrontation with a coworker in which she felt compromised. It's a story that has no neat ending, no heroes or villains, and is all the more important, then, as a reminder of the myriad burdens so many people carry around within themselves, until they just can't anymore.

Below, I speak with Ronson and Misitzis about the podcast, what their experience was in telling it, and how it turned out to have its very own Me Too moment.

Lina Misitzis: I think that there's this etiquette in place around how we treat various people… and it seems like sex workers are excluded from that etiquette, and it's really heartbreaking.

Which is why I think The Last Days of August feels so different, because it's a nuanced and respectful portrait of a sex worker, but it doesn't hold back on any of the difficult parts of her life or industry, while never treating her like anything other than the complicated person she is. But that kind of nuance is almost always missing in social media, as it is in our perceptions of public figures.

Jon Ronson: And most people, most humans, have nuance, [but] social media is basically a platform for... constantly pulling somebody out to make them a hero or a villain. And there are magnificent heroes and villains... but most people aren't. Most people are a mix, most of them are in the middle. And if you're in the middle, well, everybody deserves a nuanced portrait. And yet, for some reason, social media views nuance as weakness. And I know that sounds sort of grim, but it's really true. If, on Twitter, something happens and somebody posts something that goes viral, if you say, "Wait, can we wait until more facts come in so we can make a decision based on all the facts?" you'll get a reply like, "We don't have to wait, we know what this person is like." It's horrible.

A lot of what you're dealing with here is the ethics of how to treat other people, and that also works within the construct of how you produced and put together this narrative. One thing I liked that you did was avoid making this into some sort of salacious cliffhanger; you let the listeners know pretty quickly that this was not a murder story. Why did you make that narrative choice?

LM: I'm gonna answer, in part, by citing you, Jon. Jon and I knew that this was a compelling story that deserved to be told slowly. It was basically a conversation that we had from the start. Jon would wake up at, like, two in the morning, and I would wake up a few hours later, and Jon would have emailed me in the middle of the night basically to say we have to make sure we don't falsely accuse anyone of murder who isn't a murderer.

JR: I was so worried about it because it was all on me, and probably one of the biggest responsibilities of my life to get it right. And while the story is August's—we have to tell her story—afterward, our story is everybody else's, and that's most definitely Kevin. So, ethically, internally, nothing gets harder than that.

LM: In this project, and also in the last thing we did together, The Butterfly Effect, we've ended up now doing these two stories where there aren't really any bad guys. There are certainly people with flaws, but there really isn't an antagonist, and so our duty in representing all of these stories is really finding out the motivations of every person. And an example of that having really worked is, just the other day, I got a text message from someone in the porn industry. He's not in the series, but had just heard the show and wanted me to know that he was still so angry with how nice we were being. And I didn't have to do this, but I wrote back and I said, "At the end of this experience, I stand by the reporting, and I'm not an apologist for any specific person in the series, but I also don't feel like any specific person in the series has done anything that is deserving of the anger that you're throwing at me right now." And I really stand by that. And I think it's really treating the stories as being comprised of humans that results in that outcome.

JR: Yeah, absolutely. Humans are a mess. I always say, "I'm a messy human," we all are. We all accumulate baggage, we all make mistakes, we're all a bit of a mess. We do smart things, we do stupid things. And I hope more than anything that people get that from this show. Except for the stories that August told about her childhood [abuse], this show isn't about a villain. It's about complicated, messy humans, which we all are. And I really hope people leave this story with compassion for Kevin, even if it'll be hard. And I personally feel a lot of compassion for Kevin.

What's so interesting to me is that so many people can say what you just said, and acknowledge that life is messy and that there are no easy answers, there are no good or bad guys. And yet, there are certain subjects that automatically bring out the most reductive type of moralizing in us. And those subjects usually are very closely intertwined with feelings of shame. And sex, and therefore sex workers, definitely bring that out in many people. But so do other issues that you deal with on the show, like sexual assault, mental health, issues of consent and what that means in the sex work industry. I think all those are things that many people are really ashamed to talk about from a personal level, so that's one of the things that I thought was most powerful in this narrative, how you dealt with all of those things with compassion and destigmatized them.

JR: A lot of it has to do with the fact that Lina is so tireless and honest and good. And I'm good at telling stories in nuanced ways. We both are good at different things, so we don't fuck it up. So we get it completely right.

LM: It's fascinating, right? It's fascinating to kind of give space for everyone's story and normalize things that should be. Like I think it's very obvious that mental health issues should be normalized, it's not that hard to say that anymore. And still, it took a pretty noticeable toll on both of us.

JR: I actually think if people thought we were too hard on Kevin or too hard on that person, it would've been awful. Because it's like a tightrope walk. I'm just so pleased, I feel relieved that people are taking this story and are being positive about this story.

Another thing that really came across was how seriously you took the responsibility of presenting this woman who died in a tragic way at such a young age and not exploiting it, not making it salacious.

JR: We both kind of figured out our sole responsibility is to tell her story accurately, and we can never forget that.

LM: I actually remember one of the first conversations with Jon that felt so important to me was the decision to make August's voice the first to hear in the series, even though we didn't know her [and hadn't talked to her].

JR: You met her briefly.

Was there anything about the final result that really stayed with both of you as something that you were particularly proud of being able to put out there in the world?

LM: I'm really pleased—well, pleased is a silly word—but I'm very proud to have managed to tell a story that kind of falls into the category of a Me Too story without it being just about someone doing something wrong. There are so many Me Too stories that really are about a villain or an aggressor or a bad guy... and this was one without a villain, but it was still a Me Too story. And it was really important to me —and I won't speak for Jon but I'll be surprised if he doesn't agree—that it was told in the most nuanced way as possible, but without detracting from the most important aspect, which was that August walked away from set that day feeling very unhappy.

JR: Yeah, I completely agree... I'm more proud of that than anything else in the show.

You can download The Last Days of August on Audible, here.

NEXT UP
Culture
Paris Hilton’s Memoir Will Included Her “Most Personal Stories Yet”
The Art Issue 2022
Natasha Lyonne Doesn't Want To Get Lunch With You
Life
NYLON Daily Newsletter: December 1, 2022
Culture
December 2022’s Best New Books