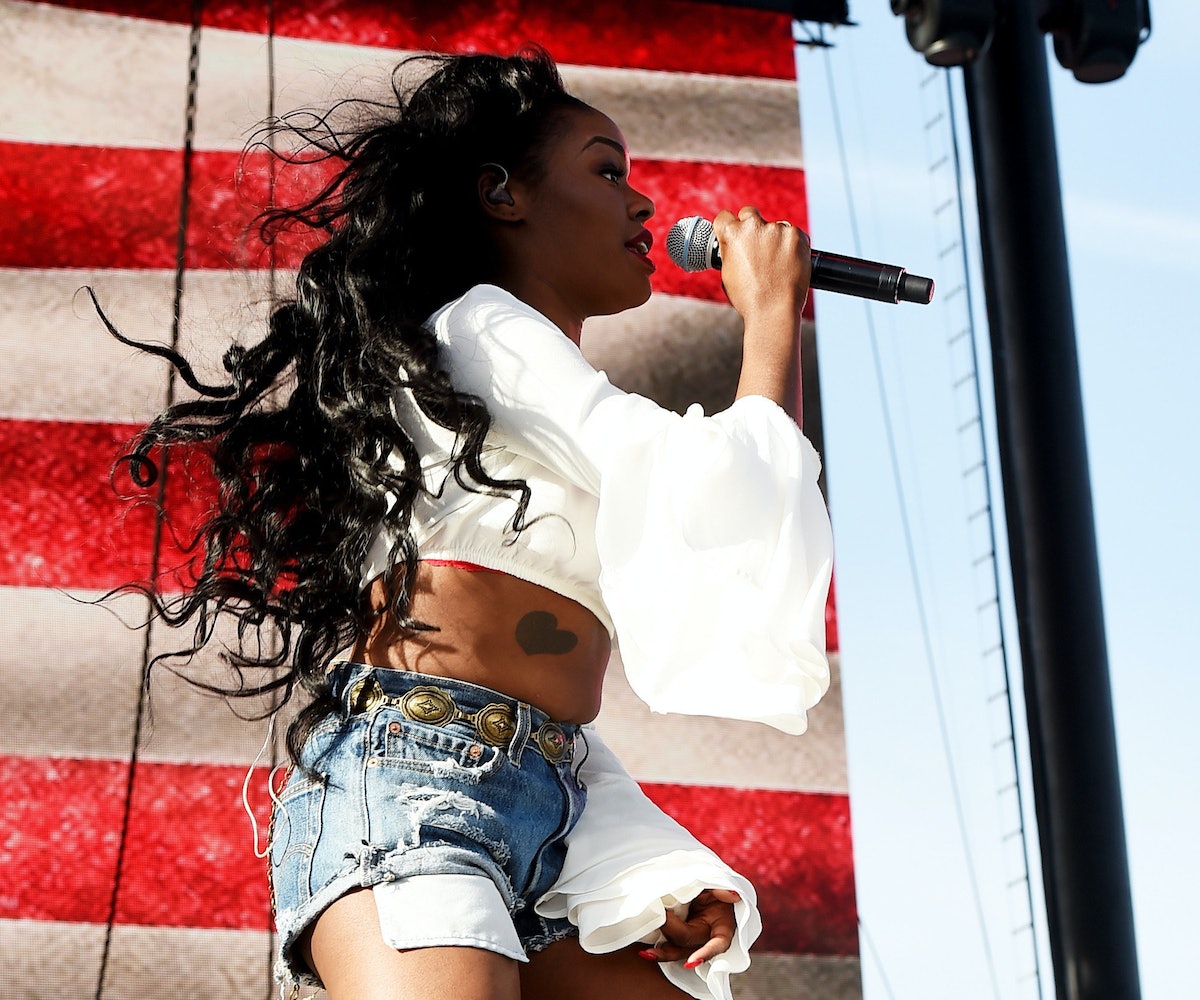 When Azealia Banks is displeased, she will go out of her way to letyouknowit. Producer Kenny Beats just experienced this firsthand and let us in on some of the details.

Kenny has been celebrating the release of Rico Nasty's latest project Anger Management, which is being met with great reviews online. Banks is not one of the fans of the project. According to Kenny's Twitter, Banks texted him to say how much it "sucks."

He says the nine texts came from a random phone number and that she was "so fuckin mad." He shared a screenshot of part of their exchange: a paragraph-long, racially fueled finger-wagging. It read. "But when you are ready to respect a queen and put your white male pride aside... When you are ready to stop teaching a black woman about how to create black art... Maybe, JUST MAYBE, I'll let you be the runner on one of my sessions." She ended it with a condescending, "Bless your heart dear." Kenny noted that this was his "favorite part."

Rico has yet to comment on the incident, and I hope she doesn't. Banks has burned more bridges than I care to keep up with.