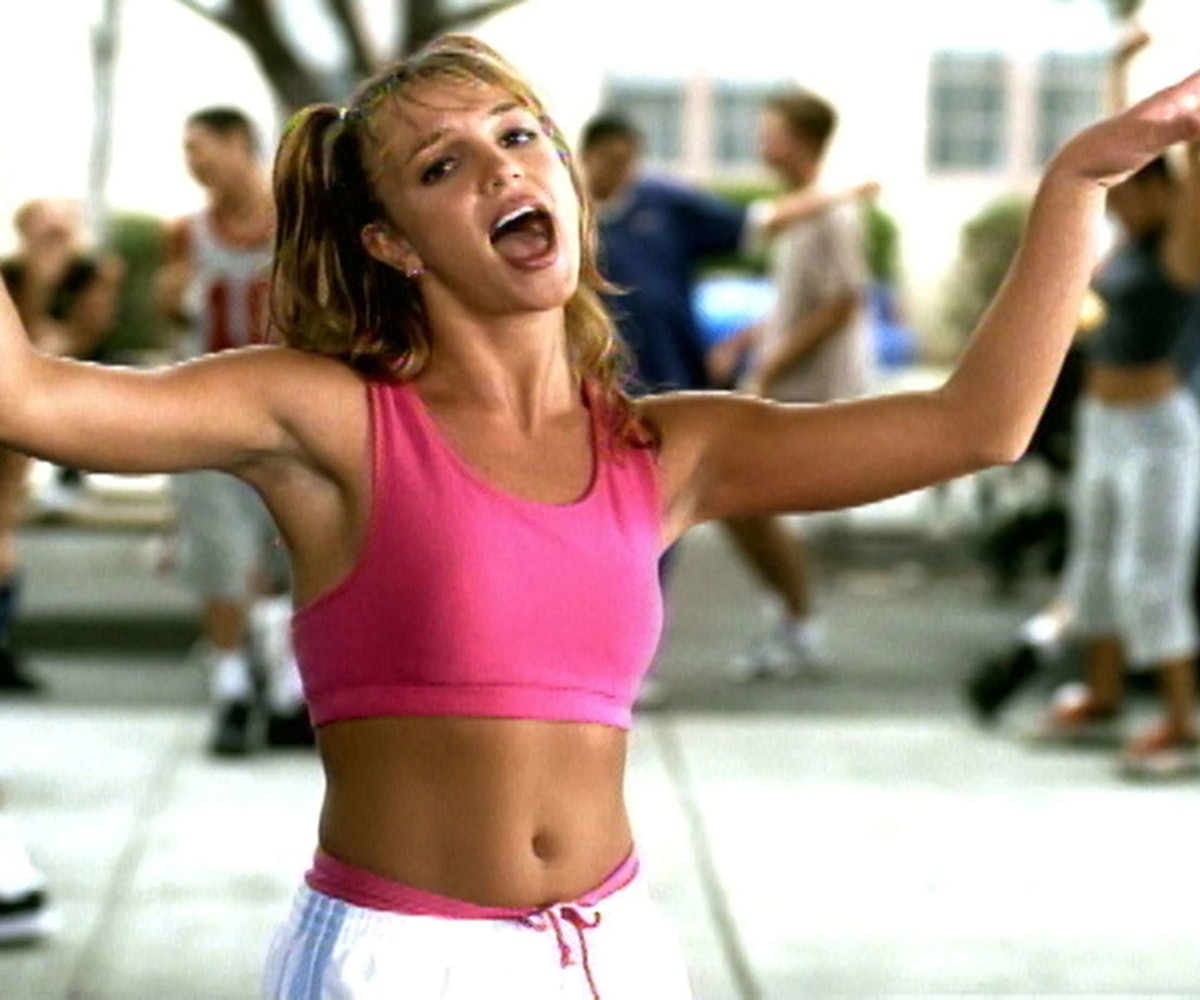 Today, ...Baby One More Time, Britney Spears' debut album, celebrates its 20th anniversary. The album—and, particularly the release of its titular single and accompanying, instantly iconic video—marked the beginning of Spears' ascent to the highest heights of the pop hierarchy and helped set a new standard for female pop stardom. Spears opened the floodgates for a new flock of artists: mostly white, often blonde, highly sexualized, young women pop stars, like Christina Aguilera and Mandy Moore, both of whom debuted singles of their own later that year. Collectively, they were inescapable and they targeted young women riding a high of the kind of girl power recently ushered in by the Spice Girls.

I was only 11 when ...Baby One More Time dropped, and it was Spears who exposed me to the ways that music is linked to identity; her debut was a defining moment in both my budding musical tastes and sense of belonging as a young black girl in the late-'90s.Back then, the divide between black music and everything else felt much wider; a rapper collaborating with a pop star was a novelty, not the predictable career strategy it is today. (Think: Ariana Grande frequently teaming up with the likes of Nicki Minaj and Future.) Also, the sounds of hip-hop and R&B were more defined and truly distinctive from those of pop. I couldn't even have imagined a time when the lyrical style of Trippie Redd would be considered rap.

In my mind then, the music industry was set up like this: On one side, were acts like Destiny's Child, TLC, Brandy, and Monica. These were the parent-approved singers that black girls could identify with from a cultural and musical standpoint. (Under less supervised circumstances, my peers and I could foray into the raunchy world of rap on the wings of cliques like Cash Money, Dr. Dre's Aftermath, and the Ruff Ryders.) On the other side was the pop world, where girls like Spears and Aguilera reigned supreme.

For the most part—the lone exceptions being my intense fanaticism over the Spice Girls, and a love for Alanis Morissette that I inherited from my mother—I stayed put on the black side. My black family and peers reveled in stanning black artists who gave strong vocal performances, could dance on beat, and maintained stylish aesthetics. More importantly, it was an unspoken rule to support the music that was being made for us and by us. Unfortunately, the former were attributes that my girl Britney arguably never matched, and the latter was a rule she'd never have to play by. But "pop" is shorthand for popular, and it was inevitable that ...Baby One More Time would infiltrate the soundtrack of my preteen years.

Still, despite her ubiquity, little about Spears was particularly relatable or appealing to me or my peers. What we could rally around, though, was her single "...Baby One More Time," that infectious song that is permanently embedded into the very fabric of American pop culture. Re-listening to the album today, it's the only song that I'm interested in hearing all the way through. It was, and still is, a bop. With its catchy beat and easily followed lyrics, it was meant to appeal to kids and young adults. But, for me, embracing Spears was about more than just being on trend—and I did embrace her.

I see now that there was an extremely performative element to how much I leaned into my Spears fandom. Despite my close ties to hip-hop and R&B, I invested in Spears because it was a way of seeking a sense of normalcy and belonging that was constantly denied to black girls. She was an entry point into a culture that seemed to prefer to keep black youth on the other side of a thinly veiled curtain that allowed for visibility and communication but not access. Before I had the language or knowledge to define myself under a broad umbrella of blackness, an interest in Spears' budding career made me feel cultured and more well-rounded. I got to be a part of the conversations dominating my MTV coverage—and that meant a lot to me in the era before Twitter expanded the communities with whom I could have conversations and the reach of my opinions. Now, I recognize that interest as superficial, a Band-Aid that couldn't fix a larger cultural wound.

Today, I chuckle right along with everyone else when a videoof Spears clearly lip-synching or pulling off choreography with a little less spunk than we'd demand from other pop stars comes across my timeline. But, Spears has since matured into a mom of two with enough money from her glory years to not give a damn who laughs at her. And I've grown up to be a proud black woman who doesn't need to be well-versed on the Top 40 to feel seen. Now, I firmly value talent and creativity, among other things, in my favorite artists. That I never even bothered to look for these things in Spears beyond the commercial success of ...Baby One More Time is a reminder of how easy it is for white women to define American culture for girls across racial lines, and how important it is to demand more of the people who are leading cultural conversations.

I'm grateful for an evolved music industry that has recognized the power of black women to define pop, too. (Hi, Beyoncé.) But I can also still appreciate Spears and ...Baby One More Time for providing a door into the mainstream that was big enough for even the unwelcome among us to slip through, even if we decided not to stay for the whole show.