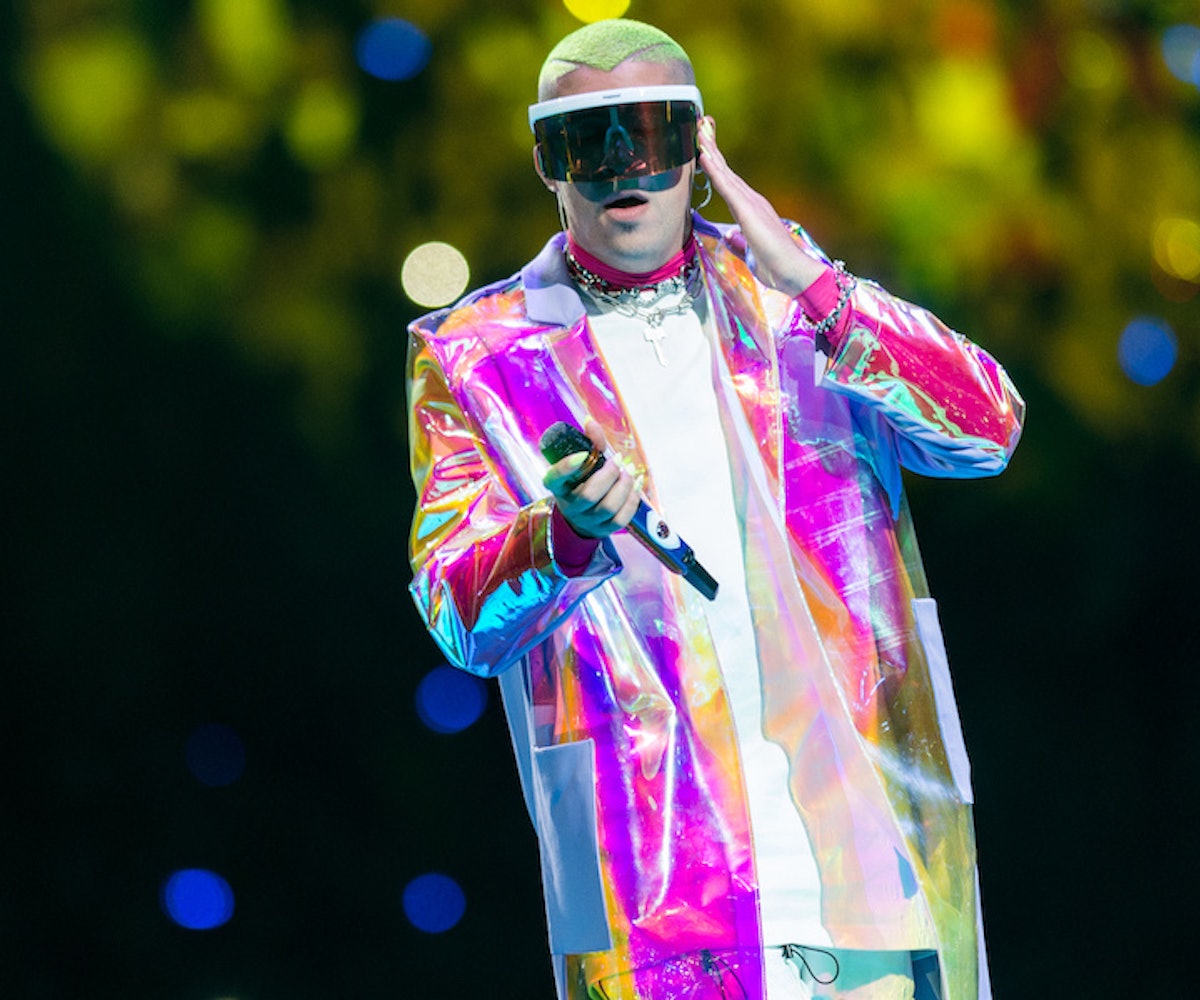 I have been streaming Bad Bunny's second solo studio album, YHLQMDLG, on a constant loop ever since it dropped in the wee hours of the night last Saturday. So I would like to think that I played at least a small role in its impressive debut at the #2 spot on the Billboard 200 chart. Either way, nothing can detract from my excitement that, with its near chart-topping debut (it was bested by Lil Baby's My Turn), Bad Bunny is now in the business of breaking records. According to a recent report in Billboard, YHLQMDLG has officially dethroned Shakira's Fijación Oral, Vol. 1 and Maná's Amar Es Combatir to become the highest charting all-Spanish-language album ever.

Since its midnight release on Saturday, February 29, YHLQMDLG, an acronym for Yo Hago Lo Que Me Da La Gana (which translates to I Do Whatever I Want in English), has sold 179,000 equivalent album units. In addition to its new title as the highest charting Spanish-language album in Billboard history, the album has also had the biggest streaming week ever for a Latin album, and the largest week, period, for a Latin title since Billboard began factoring streams into album sales in December 2014. Naturally, YHLQMDLG will debut at the #1 spot on the Top Latin Album Charts, where his X100PRE studio debut and his Oasis joint album with J Balvin both topped out too.

All this is to say: Bad Bunny is The King! Talent won! Homophobia and transphobia were found dead! Everyone else can pack their bags!

But don't mind me. To celebrate all these accomplishments, I will just keep watching this video of El Conejo Malo dancing shirtless in a bathroom to his album's standout track "Safaera." This is all I need.