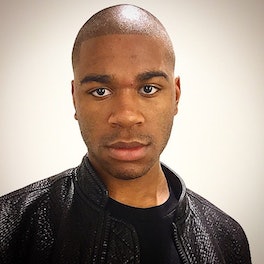 Michael Cuby is an Entertainment Writer at NYLON and the Editor-at-Large for them. His work has appeared in PAPER, Teen Vogue, VICE, and Flavorwire. He is a film and television fanatic who has thankfully been given the opportunity to turn that addiction into a job. When he isn't being productive, you can usually find him sitting in front of one of many screens.

Mr. Schue On 'Glee' Was Originally Written As A Crystal Meth Addict

An Early Ranking Of The 'White Lotus' Season 2 Characters

'Industry' Will Be Back For A Third Season

Zac Efron & Lily James To Star In A24 Wrestling Drama

Everything Coming To HBO Max In November 2022

Blink-182's "Edging" Is The Band Back In Its Groove

All The Dark 'Glee' Drama To Be Examined In New Docuseries

The 'Women Talking' Trailer Tackles A True Story Of Abuse