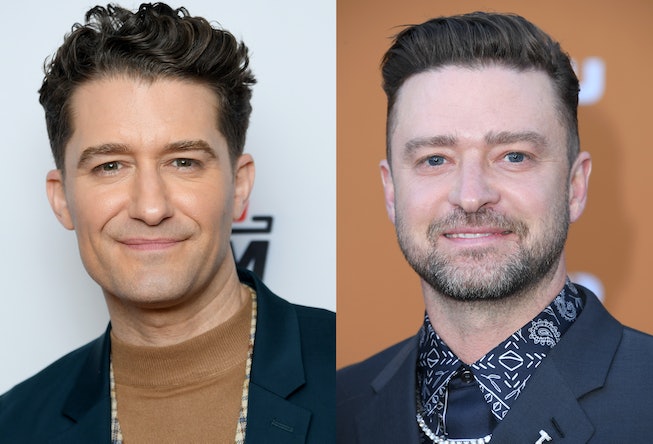 Take everything you know about Glee, bottle it up, and now imagine that Mr. Will Schuester, the eerily optimistic-to-a-fault coach of the McKinley High School glee club, was not actually optimistic at all. Imagine that he was actually more sullen and down — something similar to, I don’t know, a crystal-meth addict. Now, take that new picture, and imagine that Mr. Schue isn’t played by the Emmy-nominated Matthew Morrison, but rather by a Grammy-winning singer and Emmy-winning actor you might be familiar with named Justin Timberlake. Imagine that. Would you still have spent your entire adolescence singing the “Thriller/Heads Will Roll” mashup every Halloween?

We may not ever be able to answer that question, but it’s certainly fascinating to ponder — especially when considering how, in an alternate timeline, that very well could have been the version of Glee we got. On the first episode of new Glee rewatch podcast And That’s What You REALLY Missed, co-hosts and former Glee stars Kevin McHale (Artie Abrams) and Jenna Ushkowitz (Tina Cohen-Chang) welcomed original show creator Ryan Murphy as an extra-special guest — and boy, oh boy, did he have some interesting news to share with the audience.

According to Murphy, the original script for the pilot, written by his longtime collaborator Ian Brennan (and presented to Murphy while he was at the gym), was much darker in the beginning. “Mr. Schue, I believe, was a crystal-meth addict in Ian’s script,” the super-producer revealed on the podcast. “The NC-17 version of show choir with a weird protagonist who was unraveling.”

And still, that wasn’t even the kicker, which had nothing to do with Mr. Schue’s extra-curricular activities. The bombshell was actually about Mr. Schue himself — or, rather, who was supposed to be Mr. Schue in the first place. “When we were writing the pilot — I’ve never really talked about this — that pilot was written for Justin Timberlake,” Murphy said at another point on the podcast. “Mr. Schue was written for Justin Timberlake.” (Hilariously, this reveal makes way more sense than you’d think. I mean, of course this character was developed with JT in mind.)

Though the two things aren’t related, this latest gossipy reveal is, coincidentally, pitch-perfect promo for the upcoming three-part docuseries about Glee’s controversies and behind-the-scenes drama. Set to premiere on Discovery Plus, the untitled project, which will feature in-depth testimonials from key cast, crew, and family members, promises to “lift the curtain to reveal the highs and lows of the production and the on-set community.”

Of course, like most things Discovery Plus, little is known about the upcoming docuseries, including a release date. We could be waiting months (or even years). In the meantime, though, let’s watch this video of Mr. Schue being a creep. Justin Timberlake would be perfect in this role.