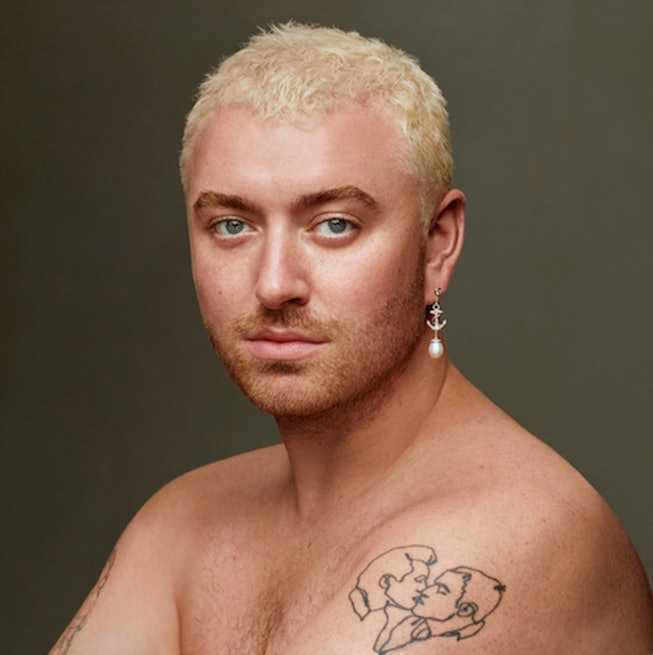 Right now, Sam Smith, along with Kim Petras, is comfortably seated near the top of the Billboard Hot 100, as their catchy collab “Unholy” remains in the #2 spot for the second week in a row. (It previously went #1 in the UK and on Apple Music and Spotify.) It’s the highest either pop star has ever reached on that chart (Smith previously peaked at #2 with their 2014 single “Stay With Me”), and as it steadily gains more steam (it recently won Billboard’s weekly award for Biggest Gain in Airplay), it’s certainly setting a nice precedent for whatever project it’s set to appear on.

Well, that project is coming very soon. According to Variety, Sam Smith is gearing up for the release of their fourth studio album — and first in almost two-and-a-half years. After teasing fans with “Love Me More” earlier this year and keeping their appetites sated with “Unholy” a few weeks ago, the Grammy and Oscar-winning singer will bless us with a new full-length, Gloria, at the top of next year.

Set to release on January 27, 2023 via Capital Records, Gloria is described in a new announcement as “not only a creative revelation but something of a personal revolution for the celebrated artist.” The statement goes on to note that, “Lyrically, the subjects dive deep and wide, into contemporary narratives around sex, lies, passion, self-expression, and imperfection.”

Smith seems to echo this sentiment. “It feels like emotional, sexual, and spiritual liberation,” they say in their own statement about the upcoming release. “It was beautiful, with this album, to sing freely again. Oddly, it feels like my first-ever record. And it feels like a coming of age.”

According to reports, Gloria was recorded between Jamaica, Los Angeles, and London, and was made alongside longtime collaborators, like Jimmy Napes, Stargate, and Ilya Salmanzadeh (a Swedish songwriter who came up as a protégé to pop super-producer Max Martin).

In Billboard’s August cover story on the artist, Smith said they were finally making music that reflected their truest self. Dedicating themself to being “involved in everything” — this time around, Smith assisted with production and vocal arrangement, in addition to songwriting and recording — the artist seemed very proud of what they were able to produce for this new record. But most importantly, they want this album to mark a turning point in their sound; Smith even describes the record as their “first non heartbreak album.” As they continue, “I think joy for me, and for a lot of queer people, is quite a dangerous place. We’re all masters of pain, and I think it’s actually a very courageous act to step into the queer joy of it all.”

Check out the video for “Unholy” below.