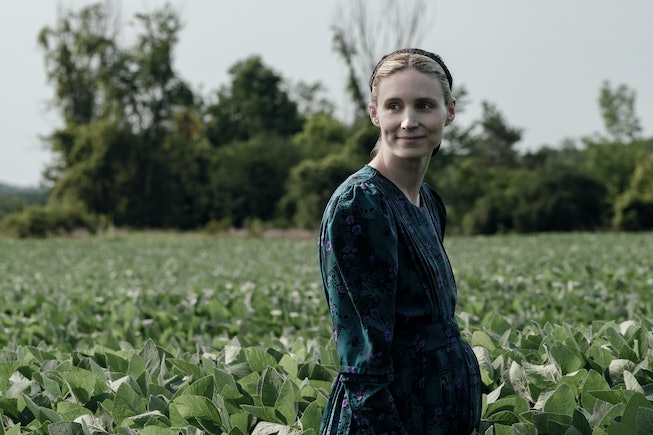 Around 2010, a small Mennonite community was unraveled by the realization that many of its women had been regularly raped at night by some of the men in the community. For years, the women, who were drugged before their assaults, had been told that they were imagining their assaults, or that they had been visited by demons in the night. But after some of the victims saw a man as he tried to get away, they would no longer be able comfortably buy into these lies. Women Talking, a 2018 novel by Miriam Toews, used this piece of very recent history to detail a meeting between some of the afflicted women, in which they debate how best to respond to the situation. And Women Talking, a 2022 film based on that novel, brings these conversations to life.

Directed by Away From Her’s Oscar-nominated Sarah Polley, Women Talking follows a debate between several women who gather in secret to decide what to do now that they’re aware of their systematic abuse. Or, as a plot synopsis succinctly puts it, “In 2010, the women of an isolated religious community grapple with reconciling their reality with their faith.” By the end of the debate, the women will have decided: “Stay and fight, or leave. They will not do nothing.”

And as Oscar season kicks into high-gear, Women Talking — and its outstanding ensemble cast — is quickly becoming one of the major power-players vying for industry attention. After having its world premiere last month at the Telluride Film Festival, the film immediately started racking up critical acclaim. Shortly after, it screened at the Toronto International Film Festival, where it was the first runner-up for the People’s Choice Award (a reliable bellwether for future Best Picture nominees).

Sure, Women Talking may be a film about, well, women talking — something the newly released first trailer for the film confirms — but when the women (and one man) doing the talking are this uniformly good, who can argue against that premise? Definitely not me!

Watch the trailer below. Women Talking premieres in theaters on December 2.