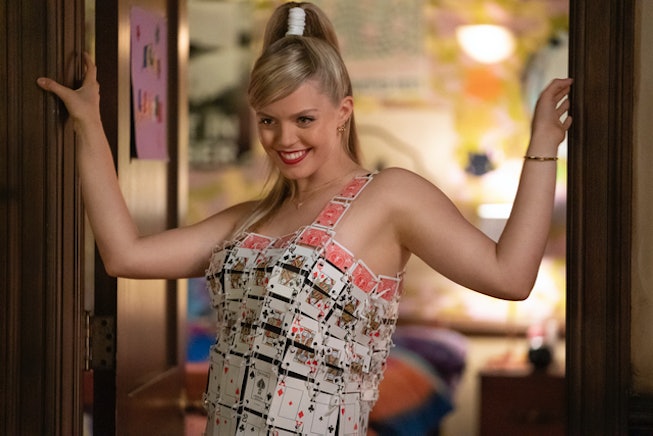 Last night, HBO aired the final episode of the breakout first season of its new hit show House of the Dragon — and with it, the network, and its accompanying streaming service HBO Max, lost one of its most popular water-cooler shows. The Game of Thrones prequel has, of course, already been greenlit for a second season. But what do HBO Max executives expect us to tune into in the meantime?

Well, a whole lot, apparently — at least in the month of November. Today, the streaming service announced its full lineup for next month, and whether it’s new series, new seasons of returning series, new films, or just a well-curated selection of other films and shows, HBO Max is seemingly working overtime to make sure November offers something for everyone to enjoy.

Most exciting (for me, at least) is the return of The Sex Lives of College Girls. After a debut season that was refreshingly realistic and undeniably funny, this Mindy Kaling comedy, about four very different college freshmen who become unlikely friends after being assigned to the same dorm room, quickly established itself as one of the best college series on television. The new season, comprised of ten episodes that will roll out weekly after the first two premiere on November 17, “picks up with the students returning after fall break, tackling the challenges thrown their way at the end of season one, and facing their next semester filled with new faces, parties, and predicaments,” according to a plot synopsis. Though original hunk Gavin Leatherwood departed the show after season one, the trailer for the upcoming season has already introduced us to new hunk Jackson, played by the insanely attractive Mitchell Slaggert. To me, that’s enough.

Also promising is the November 24 arrival of Love, Lizzo, a new documentary about the chart-topping, Grammy-winning, and Emmy-winning pop superstar Lizzo. Promising a raw and personal peek behind the curtain that is her life, the upcoming project “shares the inspirational story behind her humble beginnings to her meteoric rise, with an intimate look into the moments that shaped her hard-earned rise to fame, success, love, and international stardom.” The documentary has already become the subject of media fodder, with many noting how HBO Max picked this up after previously announcing and later dropping a Nicki Minaj project. But with Lizzo’s unique brand of charisma, it’s no surprise the streaming service leapt at the opportunity to tell her story.

And for those of you who need some new uplifting reality show content in your life, HBO Max has you covered twice. In just a few short weeks, the network will premiere Big Brunch, a new reality competition series that “gives ten talented chefs the opportunity to share their stories and business dreams while vying for a life-altering $300,000 cash prize.” And what sounds like a mix between Shark Tank and Top Chef only gets better when you know that it’s hosted by none other than multi-Emmy winner Dan Levy. He’ll be rounded out by Sohla El-Waylly (of Bon Appetit infamy) and successful restauranteur Will Guidara, who will both serve as judges.

And later, on November 25, we will be treated to the third season of the network’s consistently great We’re Here, which follows former Drag Race alums Bob the Drag Queen, Eureka O’Hara, and Shangela as they travel to small American towns to give drag makeovers to their inhabitants. A vibrant show full of colorful costumes and engaging performances, We’re Here really finds its tender heart in its more somber moments; the show has never been afraid to ask difficult questions, confronting prejudice and marginalization with a noticeably calm sense of understanding. As the queens add a few stops in Texas, Utah, Florida, and Mississippi this go-round, I can’t imagine that aspect will change.

Other exciting original releases include Shaq, a documentary about the legendary basketball player; a new season of Magnolia Table, the easygoing recipe-sharing, storytelling series hosted by Joanne Gaines; a new season of Sesame Street, featuring appearances by HAIM, Zazie Beetz, and Amber Ruffin; and three new Christmas films (A Christmas Story Christmas, Holiday Harmony, and A Christmas Mystery), which all seem to be playing into that trademark Hallmark Channel sweetspot.

As for non-original content, look out for the entire Harry Potter franchise, Aubrey Plaza’s go-for-broke performance in Ingrid Goes West (which she taps into again in this year’s underrated Emily the Criminal), Barbra Streisand’s Oscar-winning Yentl, the Lil Rel Howery comedy special I Said It: Y’all Thinking It, the ill-fated Entourage movie, and David Fincher’s genuinely bone-chilling Se7en. You can also check out the relatively recent See How They Run. Starring a who’s who cast of Saoirse Ronan, Sam Rockwell, Harris Dickinson, Adrien Brody, Ruth Wilson, and Charlie Cooper, Tom George’s cheeky 1950s London whodunit was every bit the movie David O. Russell thought he was making with Amsterdam.

Or, take it from me: carve out some time for While We’re Young. One of Noah Baumbach’s quirkier efforts, the 2014 drama follows Ben Stiller and Naomi Watts as an older couple who befriend a younger couple, played by Amanda Seyfried and Adam Driver (in one of his best roles and the closest he’ll probably ever get to replicating Girls’ Adam). Hilariously uncomfortable but also incisively scathing (aka, a Baumbach film), this little gem only gets better with each new watch.

Check out everything coming to HBO Max in November below.

Harry Potter and the Chamber of Secrets (2002)

Harry Potter and the Half-Blood Prince (2009)

Harry Potter and the Order of the Phoenix (2007)

Harry Potter and the Prisoner of Azkaban (2004)

Harry Potter and the Sorcerer's Stone (2001)

A Million Ways to Die in the West: Extended Version (2014)

Chris Redd: Why Am I Like This?, Original Premiere

Craig of the Creek, Season 4D

All Rise, Season 3A

For the Love of Kitchens, Season 2

Lil Rel Howery: I Said It: Y’all Thinking It