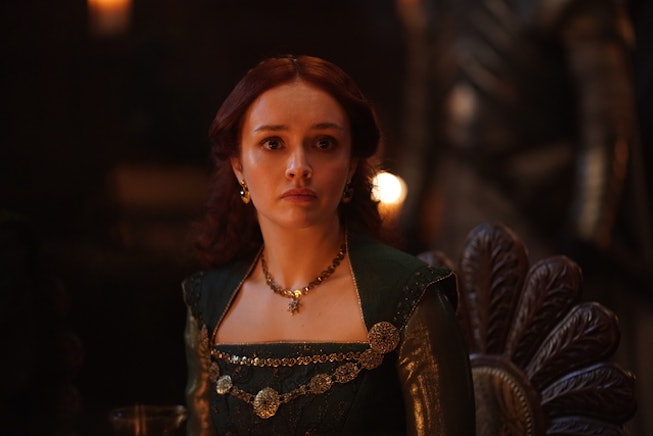 HBO has unveiled a new trailer for House Of the Dragon, the prequel series for Game Of Thrones. Given that GOT was the streamer’s most-watched show ever (followed by Euphoria), it makes sense to return to the fantasy land of the hit series for more dragons, bloody battles, and vicious power struggles over the Iron Throne.

House of the Dragon takes place 200 years before the events of Game Of Thrones, and tells the story of House Targaryen — which is the house of Queen Daenerys, aka the Mother of Dragons, aka Khaleesi, played by Emilia Clarke in the original series. It’ll be based on George R.R. Martin’s Throne’s aptly-named prequel books, Fire & Blood, of which the author still needs to finish the second volume.

Premiering on August 21, 2022, House of the Dragon will trace how the once powerful Targaryen dynasty fell, following King Viserys I Targaryen (Paddy Considine) and his daughter, Princess Rhaenyra Targaryen (Emma D’Arcy). As the trailer suggest, Rhaenyra being a female heir to the throne predictably causes problems, as her half brother, Prince Daemon Targaryen (Matt Smith) believes it should be his.

In addition to the key players, the cast is rounded out with a large ensemble, including Olivia Cooke, Steve Toussaint, Eve Best and Sonoya Mizuno.

Watch the new House Of the Dragon trailer below: