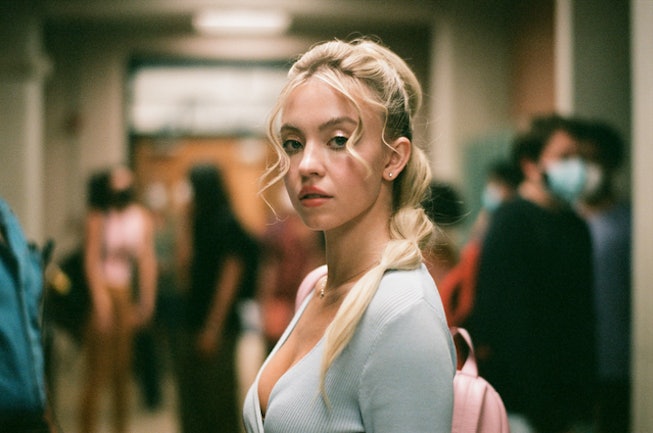 Whether or not you support its sordid stories about teens-gone-wild, one thing is for certain: Euphoria is very, very, very popular. After building its extremely committed fanbase over two months in the summer of 2019, the HBO drama, about a struggling drug addict and her slightly-less fucked-up classmates at a suburban high school, finally returned for its pandemic-delayed second season this Sunday — almost two-and-a-half years after airing its season one finale. A Scorsesian fever-dream set at a typically-unhinged New Year’s Eve bash, the long-awaited premiere was a satisfactory return to the glossy world of these twisted teens — and, as it turns out, a lot of people agreed. (Just ask all those impatient fans angrily tweeting about how the HBO Max app crashed at 9:00pm on the dot.)

According to Deadline, this weekend’s premiere drew in a whopping 2.4 million viewers across all platforms, making it HBO Max’s first-ranked title on Sunday night. As reported by HBO, this is the strongest digital premiere of any episode on their streaming service since it launched way back in May 2020. Which, yes, means the Euphoria premiere netted a stronger viewership than the widely-talked-about finales for water-cooler dramas like The White Lotus, The Undoing, Mare of Easttown, and, perhaps most shocking, Succession season three.

As a further testament to Euphoria’s appeal, HBO added that the show’s second season premiere debuted with nine times more digital viewers than its first season premiere. And though the two-and-a-half year gap between seasons was more circumstantial than deliberate, it proved beneficial, as the extended wait for new episodes pushed many people (myself included) to revisit season one ahead of the new installments. According to the cable network, all eight episodes of the first season landed in the top 10 of HBO Max’s most popular series on Sunday night.

Of course, people should not be surprised about these impressive numbers. After all, while shows like Succession and The White Lotus appealed to HBO’s usual crowd of tasteful aesthetes, Euphoria was specifically designed to attract a younger crowd — namely, Gen-Zers, who are more likely to spend an hour scrolling through their endless TikTok feeds than to plop down on the couch for sixty minutes to watch an uninterrupted serial drama. The show’s blend of dangerous behavior and dreamy visuals has made it a success in that regard. But it’s also had the added benefit of being the series many adults tune in to purely to hate. While they may complain that show creator Sam Levinson’s filmmaking is gratuitous, salacious, and self-indulgent, their views of every episode still count in the long-run.

Of course, there’s also Zendaya’s central performance — which rightfully earned her an Emmy.

I believe the children are the future.