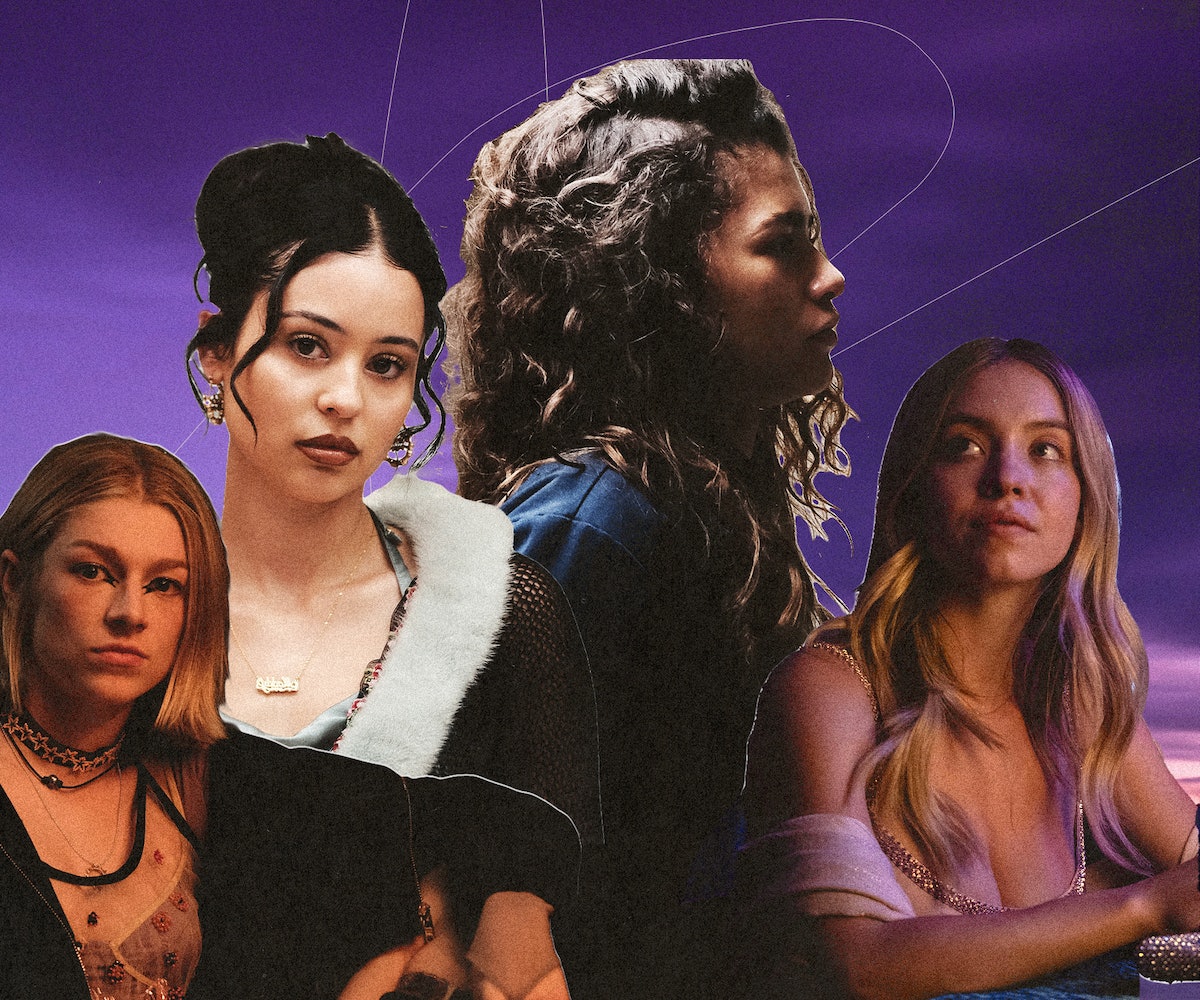 Warning: spoilers ahead for season 1 and 2 of HBO’s Euphoria

On Sunday, January 9, Euphoria returns to HBO Max for its highly-anticipated second season. Fans of the teen-centric show have been waiting since the summer of 2019 to see where their favorite East Highland High School characters have ended up since the show’s high-octane first season aired — and given the amount of drama the characters find themselves in (and if the season two trailers are any indication), they’re going to be all over the place.

NYLON checked in with the Euphoria cast ahead of the season premiere to find out what’s going on with their characters and what it was like to return after such a long hiatus. We also asked, of course, whether the actors had seen the viral tweets discussing why their characters never wear backpacks, and if they ever do any homework.

“I think Maddy’s got a lot going on in life,” Alexa Demie said of her characters’ notable lack of backpacks and/or books. “She does her homework, she somehow gets good grades, but she has too much going on that she has to deal with.” This seems like a fair assessment, given that Maddy is dealing with an abusive relationship with someone who is also secretly catfishing another student for blackmail.

When it comes to Cassie, whose story arc last season included overcoming her own relationship issues and getting an abortion, Sydney Sweeney said, laughing, “Cassie just carries her textbooks. But you never see her going to class, you always just see her going to the bathroom.”

But one character, Lexi, is definitely getting her homework done. Maude Apatow noted, “I think Lexi’s a good student. I think she really cares about school.”

As for what’s to come in season two, while the actors remain tight-lipped about their character’s storylines, many shared that there would be lots of growth in store, even among the chaos of arcs like Rue relapsing again, Fez getting into bad drug deals, and Maddy potentially starting a new relationship. “I’ll say for Maddy, maybe things are getting worse, but it’s forcing her to grow,” Demie said.

Nika King, who plays Leslie Bennett, Rue’s mother, said, “There’s a lot of growth honey, a lot of growth happening on Euphoria season 2. I’ll speak for the Bennett family, specifically Leslie, and her journey of just wanting to save her daughter and doing anything and everything to make sure it doesn’t literally take her out. At the same time, she’s also realizing how it’s affecting her younger daughter, Gia [Storm Reid]. I think for a long time, all of her energy was towards Rue, and then for season 2 we kind of peel back the layers of, you do have another child whose experiencing this. We see Leslie take hold of the household and make some hard decisions in an attempt to put her family back together.”

Zendaya added that Euphoria and her character Rue’s on-going struggle with addiction has opened up conversations with fans she never thought she’d have. “Sometimes when we do this job, I often feel like I’m just make believing for a living and it kind of feels dumb. And I’m like, what am I doing? What is the purpose of this?” Zendaya said. “And then you have moments where you meet people and they share their stories with you, of how they connected to a particular character, or connected to a piece of Rue’s sobriety journey. I had a lot of people reach out about the depression episode or the diner episode and what that did for them. I can only take a small amount of credit for that, because so much of that is Sam [Levinson]’s experience and his words, but that has truly given me purpose in why we make this show and what it means to people. Making that connection to feel less alone in the world, especially in a time and in a space where I think that pain can feel very isolating and feel very much like you’re the only person going through what you’re going through. I’ve found so much purpose in it, and it’s really something special. Every time someone comes to me and is open enough to share their story with me, I really take that with an enormous amount of pride. That means we’re doing something that’s worth doing.”