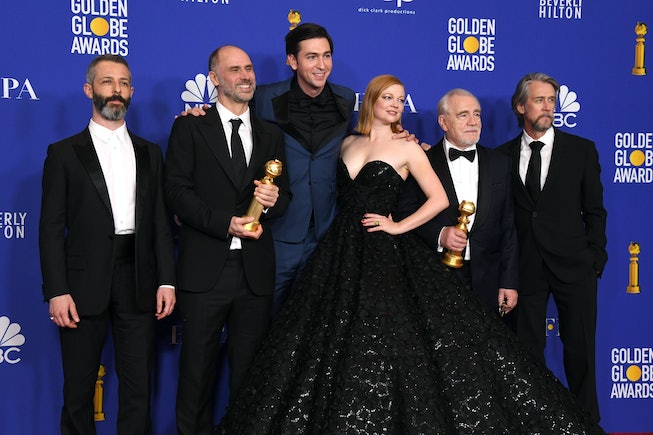 The pandemic was a particularly devastating period for Hollywood, with numerous films yanked off the release schedule and plenty of TV shows being forced to pause their filming for months at a time. But of all the projects to be delayed, none hit quite as hard as Succession, the breakout HBO series that won a surprise Emmy for its inaugural season before completely annihilating the competition with a whopping seven wins for its far superior sophomore season.

Fresh off that universally-acclaimed run, anticipation was high for the show’s third outing. But what should have been released over a year ago has unfortunately been delayed indefinitely, with little to no word about when we could expect to check in with our favorite filthy rich characters again. Thankfully, the wait is finally coming to a close. Though an official release date has still yet to be set (just that it’s coming “this fall”), we can feel safe to start getting excited again as HBO just released a first-look teaser trailer — and boy, are we in for a treat!

Succession can be described as many things: a show about bottomless wealth, frequently abused power, shocking betrayals, and warped senses of loyalty. But above everything, Succession is a show about family. Sure, it’s a show about what can arguably be described as the most dysfunctional, backstabbing family to ever grace the small screen — but it’s about family nonetheless! Which is why it should come as no surprise that this minute-long teaser is full of all the familial strife we’ve come to expect from the central Roy unit.

But that’s why we love this show, right? In the jaw-dropping season two finale, second-oldest (and, at times, most responsible) Roy son Kendall made a huge power-play when he sold out his father, Logan, on national television for illegally covering up scandals on behalf of their Disney-like conglomeration Waystar Royco. “The truth is that my father is a malignant presence,” he told the press as his family watched along in utter disbelief. “A bully and a liar, and he was fully personally aware of these events for many years and made efforts to hide and coverup.”

Naturally, season three seems to pick up in the wreckage of that decision. Though Kendall strolls into the Waystar Royco office claiming that there’s “no drama” and that “we’re good,” it’s clear that others feel differently. His younger brother, Roman, is quick to crack jokes about his “stupid walk” while Logan himself seems to completely lose his cool. “I’m gonna f*cking kill him,” the Roy patriarch yells at one point, not a trace of remorse present in his voice. (Later, he threatens Kendall through an assistant, warning, “Tell him I’m going to grind his fucking bones to make my bread.”) But Kendall, fancying himself a modern-day Karl Marx, walks through the office waving his fist in the air, un-ironically chanting, “The revolution will be televised!”

Meanwhile, Shiv, Logan’s only daughter, seems caught in the middle as usual. As Kendall tries to convince his siblings (which also includes eldest child, the wayward Connor) that his decision was made on behalf of all of them — “He’s our dad, but he was going to send me to jail. He’d do the same to all of us,” he says — Shiv is forced to choose between two sides. “Are you a part of this family or not?” Logan menacingly asks her at one point. But true to her whipsmart character, she always seems one step ahead: “If I were to back you against dad, you would need to let me take over,” she later tells Kendall. (“Whoa, nelly!” Roman chimes in.)

And we haven’t forgotten about the extended family either — especially the contentious bromance between the impressively tall “Cousin” Greg Hirsch and Shiv’s power-hungry-but-ultimately-harmless husband Tom Wambsgans. In what is easily the funniest part of the minute-long clip, the pair talk on the phone with Greg complaining, “Everyone’s going to battle in armor and I’m sitting here exposed” as he wards off paparazzi outside. Tom, with his trademark flair for words, responds, “Logan is going to fire a million poisonous spiders down your dickie.”

All this is to say that, yes, even after almost two years off-air, Succession is still the show we all fell in love with. So hurry up and give us new episodes, HBO. “This Fall” seems too far away.

Check out the first “official tease” for Succession season three below.