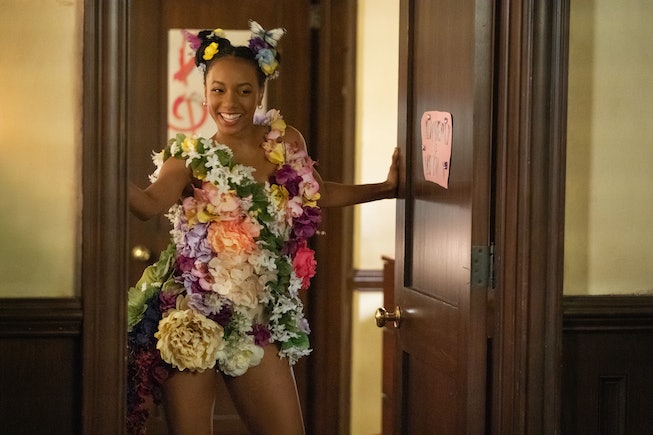 Get ready to claim your spot on the couch because the second season of The Sex Lives of College Girls premieres in less than a month, and you won’t want to miss it. The hit HBO Max comedy — co-created by Mindy Kaling and Justin Nobel — follows four freshmen as they navigate their new lives at the fictional Essex College.

Shortly after its premiere, The Sex Lives of College Girls became a fan favorite thanks to the series' witty writing and realistic characters. Season one brought the drama with unlikely friendships, cheating scandals (both romantic and academic), breakups, hookups, parties, and of course, sexual awakenings too. And while the women of Essex stumbled their way through each episode, the viewers were right there with them — cheering them on (or yelling in confusion, if you’re like me) along the way.

HBO Max released the trailer for season two today, and according to the streamer, the girls are “back and messier than ever.” Ahead we’ve rounded up everything you need to know about their next chapter.

When does season 2 of The Sex Lives of College Girls premiere?

Season two premieres on November 17th on HBO MAX. The first two episodes will be available to watch immediately, then two new episodes will drop every Thursday until the finale airs on December 15th.

Who’s in the cast of season 2 of The Sex Lives of College Girls?

What will happen in season 2 of The Sex Lives of College Girls?

Season one left us with quite a few cliffhangers and the potential for plenty of exciting plots. If you need a refresher, Kimberly’s scholarship was taken away after she got a cough cheating on an exam. Meanwhile, Leighton’s girlfriend, Alicia, broke up with her for trying to hide their relationship. Whitney ended an inappropriate relationship with her coach and started a new fling with the campus barista, Christopher. And Bela starts her own comedy club after exposing sexual harassment at The Catullan, Essex’s prestigious comedy troupe.

From the looks of the season two trailer, it seems like the show is picking up right where it left off. The girls are back after Thanksgiving break and seem more united than ever as they attend frat parties, gossip in the cafeteria, and work through their never-ending problems.

Check it out, below!