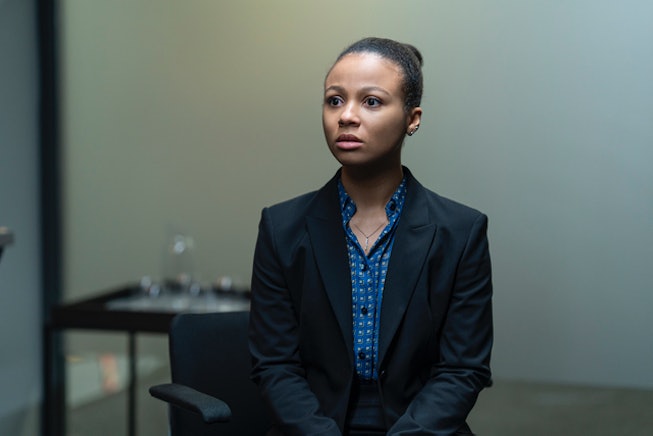 Of all the shows currently airing on HBO, few have felt the positive impact of slow-burn word-of-mouth stronger than Industry. (Okay, maybe Succession felt it slightly more.) Following a group of recent graduates as they fight for a permanent spot in the cutthroat world of London investment banking, the gripping drama started with a relatively small viewing audience back in 2020 but has grown it exponentially as the show has aired. Across two seasons and 16 episodes, the sleeper-hit has gone from niche viewing interest to worldwide appointment TV. It’s an undeniable success — and thankfully, as of today, it will officially be back for a third season.

Created by Gregor writing and directing duo Mickey Down and Konrad Kay, the HBO series is a decidedly explicit show about the life of young adults. After hitting the ground running with a Lena Dunham-directed premiere that introduced the world to the young, sexy, hungry, and very horny new associates at elite investment bank Pierpoint & Co., Industry has continued to plumb the dark depths of corporate greed with a delightfully twisted sense of dark humor. The show’s second season aired weekly this year, from August through September, and many critics praised this latest batch of episodes as an improvement from the first season. (The season has a 96% rating on Rotten Tomatoes, compared to the first season’s 76%.)

“Industry reached new heights in season two, cementing its status as a buzzy hit with addictive storytelling, layered characters, a breakneck pace, and keen observations about contemporary workplace dynamics,” said Kathleen McCaffrey, HBO’s Senior Vice President of Programming, in a statement about the renewal. “We’re incredibly proud of what Mickey and Konrad, Jami O’Brien, Jane Tranter, and the team at Bad Wolf, together with our entire cast and crew, accomplished. We couldn’t be more excited to continue our journey with them into season three.”

In many ways, the renewal isn’t surprising. Especially when thinking about how quickly the show’s stars have blown up, it only makes sense that HBO would want to hold onto them as long as they possibly can. Since the show premiered, lead Myha’la Herrold, who only had a few credits to her name when she was cast, has appeared in various other projects, including last year’s Hulu comedy Plan B and this year’s A24 indie hit Bodies Bodies Bodies. Marisa Abela, meanwhile was seen in the recently released She Is Love, and will next be seen in the only 2023 Hollywood production that matters, aka Greta Gerwig’s Barbie. (She also might be playing Amy Winehouse.) And then, there’s Harry Lawtey, who has parlayed his Industry street-cred into splashy parts in everything from this year’s superb gay drama Benediction and Scott Cooper’s The Pale Blue Eye to Todd Phillips’ highly-anticipated, Lady Gaga-starring Joker sequel, Folie à Deux.

Revisit the trailer for season two of Industry below.

Catch up with seasons one and two of Industry on HBO Max now.