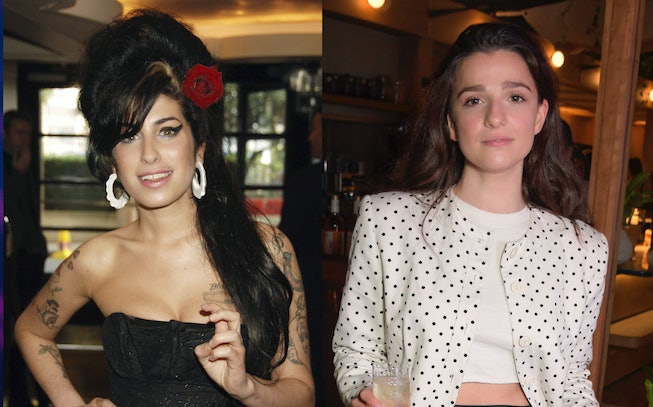 Since her untimely passing at the age of 27 in 2011, Amy Winehouse has remained on the minds of her millions of fans around the world. Her music and impact are still prevalent today, and now, a new biopic will tell her story — and Variety reports that Industry star Marisa Abela is the current frontrunner to play Winehouse.

Tthe biopic will be helmed by Sam Taylor-Johnson, who also directed 2009’s Nowhere Boy and the first 2015 installment of Fifty Shades of Grey. Information about the film has been sparse so far, or at least kept tightly under wraps. European studio Studiocanal is backing the film, which is apparently a passion project for Taylor-Johnson, who was a close friend of Winehouse’s.

Variety also reports that the project has the support of Amy’s father, Mitch Winehouse. Mitch was portrayed negatively in the 2015 Oscar-winning documentary Amy, one of the only other films about Winehouse to date. Mitch also participated in the 2021 BBC documentary Reclaiming Amy, which marked Winehouse’s 10-year death anniversary.

The script was written by Matt Greenhalgh, who has experience writing about troubled musicians — he also penned 2007’s Control about Joy Division frontman Ian Curtis, and the aforementioned Nowhere Boy, about John Lennon’s early years.

Multiple sources tell Variety that Marisa Abela, one of the stars of HBO and BBC drama “Industry,” is a frontrunner to play Winehouse. It’s believed Abela is in discussions, though the role isn’t yet locked in and a small group of other actors are also believed to be in the mix.

As previously reported, the role was always intended to go to a newcomer, and producers have been keen to hire a fresh face rather than go down the pop-star casting route.

NEXT UP
Culture
The Madonna Biopic Is Being Scrapped
Culture
Kaia Gerber Won’t Stop Until She’s Cast As Patti Smith In A Biopic
fashion
How ‘Spice World’'s Costume Designer Nailed The ‘Scooby-Doo on Acid’ Look
Culture
Loewe’s Howl's Moving Castle Collection Is An Anime Dream
Style + Culture, delivered straight to your inbox.