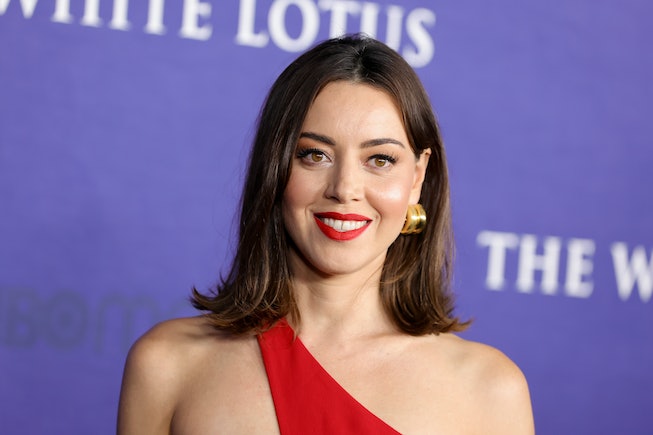 Remember the first couple of months of 2021, when all anyone could seemingly talk about was the completely nuts plotting of WandaVision? The first official series to materialize from the Marvel Cinematic Universe, the nine-episode Disney Plus miniseries, starring Elizabeth Olsen as the titular Wanda and Paul Bettany as the titular Vision, became an inescapable phenomenon, captivating the world over and, when all was said and done, even winning three Emmys.

One of those Emmys was for Outstanding Original Music and Lyrics and was awarded to the songwriters behind “Agatha All Along,” the impossible-to-escape spoof tune that found beloved actress Kathryn Hahn shedding her disguise as a nosy neighbor archetype to reveal that, in reality, she was actually the powerful witch Agatha Harkness and had been orchestrating pretty much everything we had seen so far. With its hilarious lyrics (“She’s insidious! So perfidious!”) and its winking nods to dead dogs, the song turned into an instant classic for the show. But it was really Kathryn Hahn’s performance that grounded everything. She made it so beloved.

Which is why, maybe, Kevin Feige and the entire MCU machine decided to greenlight a spinoff series based entirely around Kathryn Hahn’s character. Titled Agatha: Coven of Chaos, the extremely promising project was originally announced close to a year ago. But it wasn’t until now, as details slowly begin to trickle out, that the series really started to feel like a reality.

Below, find out everything we know about Agatha: Coven of Chaos. Stay tuned for updates.

It could be about anything.

Like most Marvel projects, Disney Plus is keeping tight-lipped about specific plot details for the spinoff. The only thing for sure is that Kathryn Hahn’s nosy neighbor-cum-power-hungry-witch WandaVision character, Agnes/Agatha Harkness, will now be at the center of the story.

Fans of WandaVision will find something to love.

Though plot details are scarce, we do know that WandaVision head writer Jac Schaeffer is reprising her position as writer and executive producer for Coven of Chaos. So if you were a fan of that show’s superb writing, chances are high that you might feel the same way for its spinoff.

The cast is slowly filling out.

Obviously, seeing as the series bears her character’s name, the first actor to be attached to the spinoff was Kathryn Hahn. Hahn will be reprising her role from WandaVision, though whether she’ll still be stuck in “Agnes” mode (the nosy neighbor) or will be free to switch between “Agnes” and “Agatha Harkness” (the dark witch) is still to be determined.

Now, almost a year after first announcing the series, the show is slowly starting to fill out the rest of its roster. Last month, Emma Caulfield (of Buffy the Vampire Slayer fame) revealed, in a Vanity Fair interview about her multiple sclerosis, that she would be appearing in the spinoff. Like Hahn, she’ll be reprising her WandaVision role — as Queen Bee of Westview, Dottie Jones.

And most recently, the powers-that-be have added their first new cast member: 19-year-old Joe Locke, who has been cast in an unknown role. Earlier this year, Locke took the world by storm with his breakout debut performance in the hit gay romance series Heartstopper. And while season two of that Netflix drama is currently in production (and stirring up some slight controversy in the meantime), it seems that the young star is ready for his next venture.

Aubrey Plaza will also be joining the project, Variety reported on November 3rd. It’s a reunion for Hahn and Plaza, who appeared on Parks and Rec together during Hahn’s scene-stealing, multi-episode arc as political hack Jen Barkley. Plaza is currently starring in The White Lotus, airing weekly on HBO now.

The show should be out next year.

While Disney Plus has yet to provide an official release date for this highly-anticipated project, Deadline reports that Agatha: Coven of Chaos is expected to premiere sometime in 2023.

You can entertain yourself in the meantime.

While we wait for Agatha: Coven of Chaos, we can always revisit the Emmy-winning “Agatha All Along.”